The Democrats say both could be relevant to President Donald Trump's impeachment and could even lead to additional accusations against him. The administration argues that the testimony and the documents have nothing to do with the impeachment inquiry, which centers on Trump's efforts to press his Ukrainian counterpart to investigate a political rival and concerns activities that occurred after the Mueller investigation had concluded and McGahn had left his White House post.

It was not clear how two separate panels of the U.S. Court of Appeals for the District of Columbia Circuit would rule after arguments that stretched over several hours, even as Judge Thomas Griffith described Trump's order to not to cooperate with congressional investigations as “broad-scale defiance" that might be unprecedented in American history.

Griffith, an appointee of President George W. Bush, sat on both three-judge panels, one on the McGahn testimony and one on the grand jury material, and could be the decisive vote in each separation-of-powers struggle.

He seemed open to Trump administration arguments that courts should stay out of the “political food fight” between Congress and the White House over McGahn's testimony. Congress has other ways, outside of the courts, of working its will, including cutting off appropriations, stopping the confirmation of judges, even impeachment, Griffith said. “That's what the separation of powers means,” he said.

But he also appeared troubled by the administration's claim that McGahn and other close Trump advisers have absolute immunity from a congressional subpoena. Judge Judith Rogers, appointed by President Bill Clinton, signaled she shares that view. A trial judge ruled for the House, prompting the administration to appeal.

The House Judiciary Committee wants McGahn's testimony as it examines potential obstruction of justice by the Republican president during Mueller's Russia investigation. But it has held open the possibility that McGahn's testimony could be important in impeachment, even though the two articles of impeachment adopted last month by the House focus on Ukraine.

“It is the pattern of misconduct that could be relevant," Megan Barbero, a lawyer for the House, said.

Even if McGahn eventually shows up at the committee, it's unclear whether he would have much to say. Trump could assert executive privilege over some matters, though he allowed McGahn to talk extensively to Mueller's investigators.

“What happens then? You're back here?” Griffith asked. 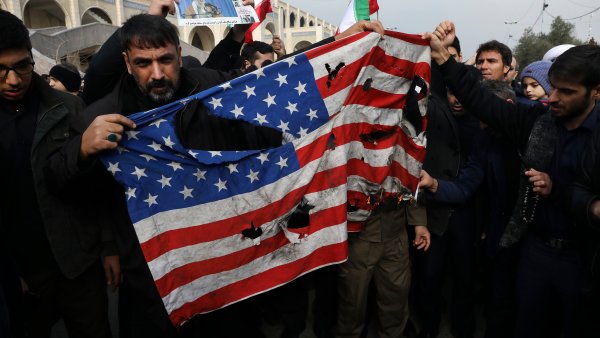 Cycle of Revenge: What's Next After Killing of Iran General? 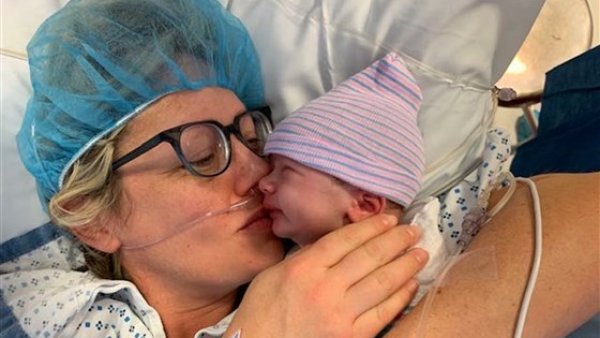 Judge Karen Henderson, the third member of the McGahn panel, had only a few questions, although she indicated McGahn might have a strong interest in saying little to the committee to protect his conversations with Trump, his former client. Henderson is an appointee of President George H.W. Bush.

In the arguments over the grand jury materials, Rogers again seemed likely to side with the House, while Judge Neomi Rao, a Trump appointee, seemed to favor the administration. Griffith's views were harder to discern, though he did refer to a Nixon-era court order directing the disclosure of grand jury materials as the “gold standard."

At issue is whether House Democrats can obtain grand jury testimony outlined in Mueller's 448-page report, which examined the Trump campaign's ties to Russia and whether the president sought to obstruct that investigation. The Justice Department appealed a judge's order from the fall directing it to produce that material.

Douglas Letter, the House's general counsel, said lawmakers are seeking a “discrete" disclosure, noting that the only material they want access to is material that Mueller referenced in his report and therefore considered relevant to his investigation.

“It's limited because it's what special counsel Mueller decided to put in his report," Letter said. “This is already vastly more limited than us just coming in and saying, ‘Impeachment, we get everything."

Mark Freeman, the Justice Department lawyer, stressed to the court that the impeachment inquiry involves separate conduct from the Mueller report. He also questioned how much Congress could actually need the material, noting that most of the information in Mueller's report was presented without any redactions.

But Rogers took issue with that argument, saying, “We all know that a single sentence can be devastating and can lead to exculpatory as well as incriminating evidence. The length and the percentage (of redactions) is not necessarily dispositive."

Testimony taken by grand juries are traditionally treated as secret, in part to protect the privacy of people who are not charged or who are considered peripheral to a criminal investigation. In certain cases, though, courts have authorized the disclosure of the information. The House Judiciary Committee received grand jury materials for its Watergate investigation in the 1970s.

Rao questioned whether courts had the authority to force one branch of government to turn over grand jury material to another branch. She appeared reluctant to rule in the House's favor on what she described as a “political question."

Letter, making the same essential argument as his colleague did in the McGahn subpoena case, said the courts are the proper place to resolve the dispute. The House theoretically has authority to dispatch a sergeant-at-arms to the Justice Department to collect the material and to engage in a “gun battle" if necessary, but that's not the ideal course of action for a dispute that is ripe for the courts, Letter said.