The changes in the Army were under consideration well before U.S. tensions with Russia soared following its invasion of Ukraine

The U.S. Army is poised to revamp its forces in Alaska to better prepare for future cold-weather conflicts, and it is expected to replace the larger, heavily equipped Stryker Brigade in the state with a more mobile, infantry unit better suited for the frigid fight, according to Army leaders.

Army Secretary Christine Wormuth said she expects to make a final decision soon about the Alaska troop change, saying she will likely convert the Stryker unit, which uses heavy, eight-wheeled vehicles, to an infantry brigade.

“I think right now the purpose of Army forces in Alaska is much more about creating an extreme cold weather capable formation" that could be used in Europe or the Indo-Pacific, Wormuth told The Associated Press on a recent trip to Alaska to meet with senior commanders and troops. “We’re trying to get to a place where we have Arctic capable forces — forces that can survive and operate in that environment.”

The U.S. has long viewed the Arctic as a growing area of competition with Russia and China, particularly as climate change brings warmer temperatures and opens the sea lanes for longer periods of time. But officials have acknowledged that the U.S. lags behind those nations. Russia has taken steps to increase its military presence there, and China views the region as economically valuable for shipping and natural resources.

The changes in the Army were under consideration well before U.S. tensions with Russia soared following its invasion of Ukraine. 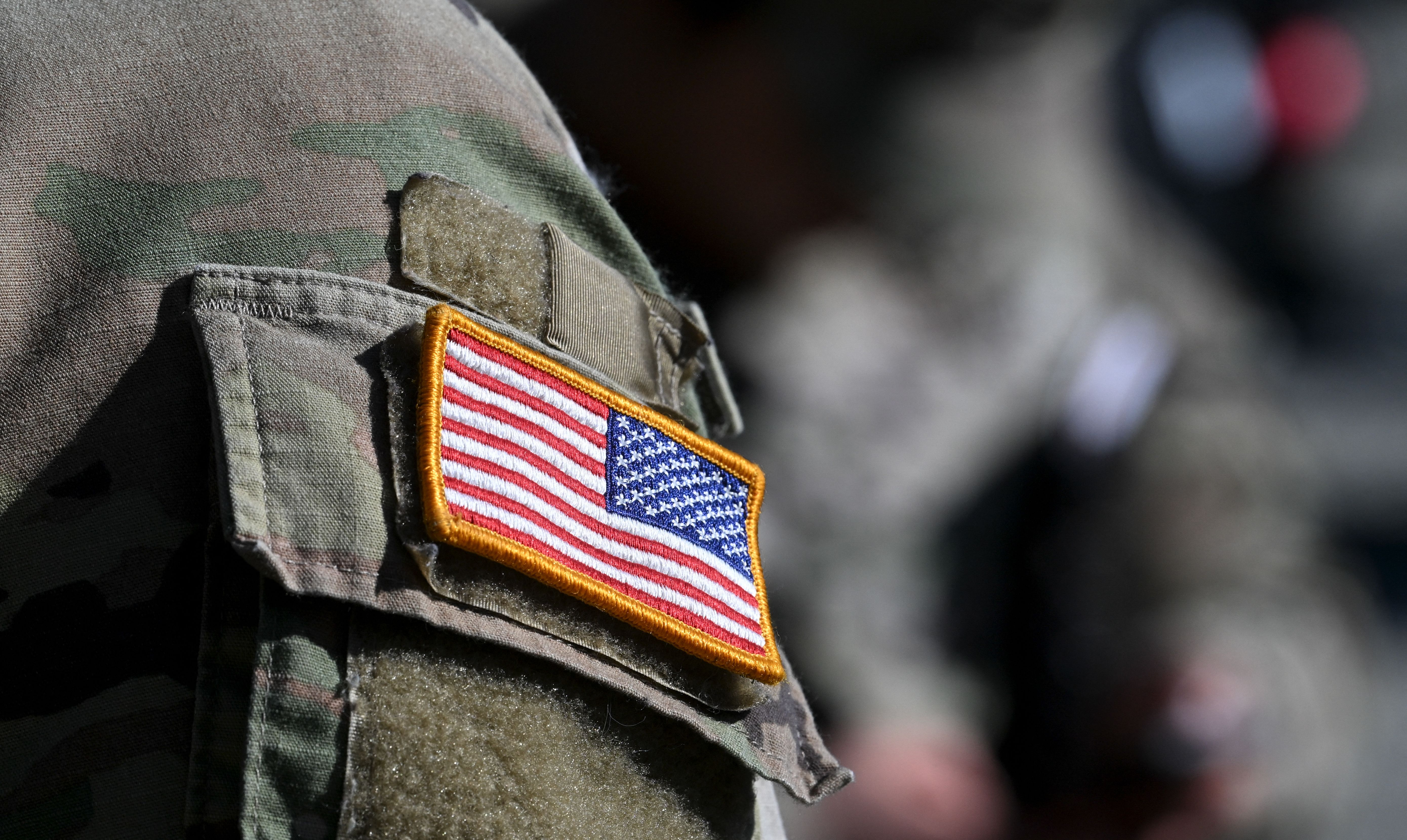 US Army Soldier Dies After Bear Attack in Alaska 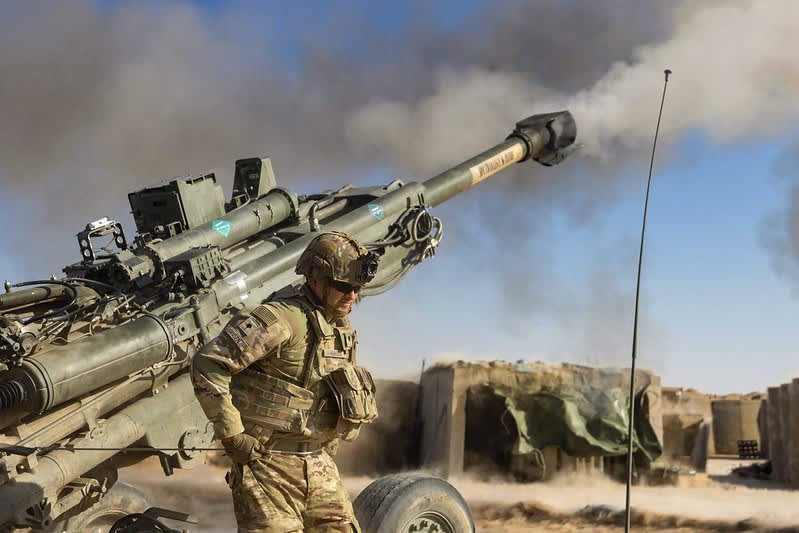 Ghost Drones, Helicopters and Howitzers: Here's a Look at the Weapons the U.S. Is Sending Ukraine

Under the new Army plan, the 1st Stryker Brigade Combat Team, 25th Infantry Division, now based in Alaska, would be converted to a light infantry brigade. Combined with the division's 4th Infantry Brigade Combat team, the two units will become the 11th Airborne Division, based in Alaska. And the large Stryker vehicles, which are somewhat old, would be replaced by other vehicles that are more suitable for the icy and snowy terrain, Wormuth said.

The greater focus on cold-weather war includes a move to conduct major training exercises for the Alaska-based troops in their home state, under the weather conditions they would face in an Arctic fight. The troops had been scheduled to go to the Joint Readiness Training Center at Fort Polk, Louisiana, in March, but Army leaders decided to keep them in Alaska so they could train under the frigid temperatures and frozen terrain that they would encounter in any cold-weather battle.

“I think it really makes sense to have forces trained in the Arctic environments that they would be used for,” Wormuth said after spending two days at the still snowy base. “If we’re going to have ground forces in Alaska, that’s what we need them to be able to do. They can’t get that experience going to the Mojave Desert or to Fort Polk.”

Last year, in an initial trial event, Pacific-based forces stayed in Hawaii for their scheduled exercises at the National Training Center in California’s Mohave Desert. Commanders said they have learned from these first two moves, as they try to recreate conditions and relocate personnel and equipment from well-established training centers to more remote locations.

During her visit to Joint Base Elmendorf-Richardson, Wormuth met with commanders who called the training shift a success. Maj. Gen. Brian Eifler, commander of U.S. Army Alaska, said the benefits outweighed any shortfalls created by the need to build the infrastructure for the training exercise in the remote north.

“You're getting the best of both worlds, without losing too much,” Eifler said. “We did get a lot more out of it than we thought we would.”

Eifler said that while they didn't have as many training observers or civilian role players as they would have at one of the training centers, the trainers that did come were able to learn more about Arctic weather operations.

In addition, Eifler said, the change avoided the costly and time-consuming shipment of vehicles, weapons and other equipment to Louisiana and back. The lengthy packing and shipping process before and after a training exercise in Louisiana or California often forces troops to be without their weapons systems and other equipment for weeks.

During briefings at the Alaska base, commanders said the training included large-scale combat operations under extreme weather conditions in what they called the “most challenging environment on earth.” They said that 10,000 troops — including Canadian Army and Air forces — were involved in the exercise.

But they said the exercise also underscored the need for better cold-weather vehicles, including those capable of carrying Arctic infantry forces.

Gen. Joseph Martin, the vice chief of the Army who was in Alaska this year, said the service has been studying what would be the best type of vehicle for the troops. “Is the Stryker the right vehicle for an Arctic warrior? In the winter, you need vehicles that can move across snow,” he said.

The U.S. Army is offering its largest enlistment bonus ever amid the pandemic-fueled labor shortage.

In addition, he said, the vehicle also needs to be able to operate in the spring or summer thaw, when the ground turns to mud.

As Wormuth wrapped up her visit, she suggested that the decision on the Stryker Brigade is moving forward soon. Any final decision would need approval from Defense Secretary Lloyd Austin.

“If you’re going to do big movements of equipment and things like that, the summer is a pretty important window because it’s a lot easier to move vehicles around than doing it in the dead of winter,” she said.

And in conversations with congressional lawmakers, including during a hearing this week, she made clear that the change would not reduce the number of soldiers in Alaska. Instead, she said that while the infantry brigade will be smaller, the Army would offset that loss by increasing the size and capabilities of the headquarters.

More broadly, she talked with commanders in Alaska about the potential need for more changes as the U.S. military's Arctic strategy evolves.

The U.S., Wormuth said, has resisted moves to militarize the Arctic, even as Russia has expanded its military presence and basing there. But, she said, “will that mindset continue given what the Russians are doing in Ukraine? Or will that get revisited? Will that create a window to think about things differently?"

Commanders said there are questions about whether one of the Pentagon's combatant commands — such as European Command or Northern Command, based in Colorado — should take full ownership of the Arctic and the U.S. military role there. Wormuth said the issue needs further discussion, and any decision may be years away.

Even before Russia invaded Ukraine, the U.S. had been sending military equipment to the country for its defense. So where do these weapons come from? And how do these shipments affect our own military readiness? William Hartung, senior research fellow at the Quincy Institute for Responsible Statecraft, joined NBCLX storyteller Clark Fouraker to explain.
Copyright AP - Associated Press