Belarus President, a Russian Ally, Admits ‘Operation' in Ukraine Has ‘Dragged On'

Belarus’ authoritarian leader said that he didn’t expect Russia’s “operation” in Ukraine to drag on for so long and claimed he was doing “everything” to stop the war, in an interview with The Associated Press on Thursday.

President Alexander Lukashenko defended Russia’s invasion of Ukraine. However, he said he didn't think it would “drag on this way.”

“But I am not immersed in this problem enough to say whether it goes according to plan, like the Russians say, or like I feel it. I want to stress one more time, I feel like this operation has dragged on,” Lukashenko said during the nearly 90-minute interview at the Independence Palace in Minsk.

He also alleged that Ukraine was “provoking Russia” and insisted that Belarus stands for peace. 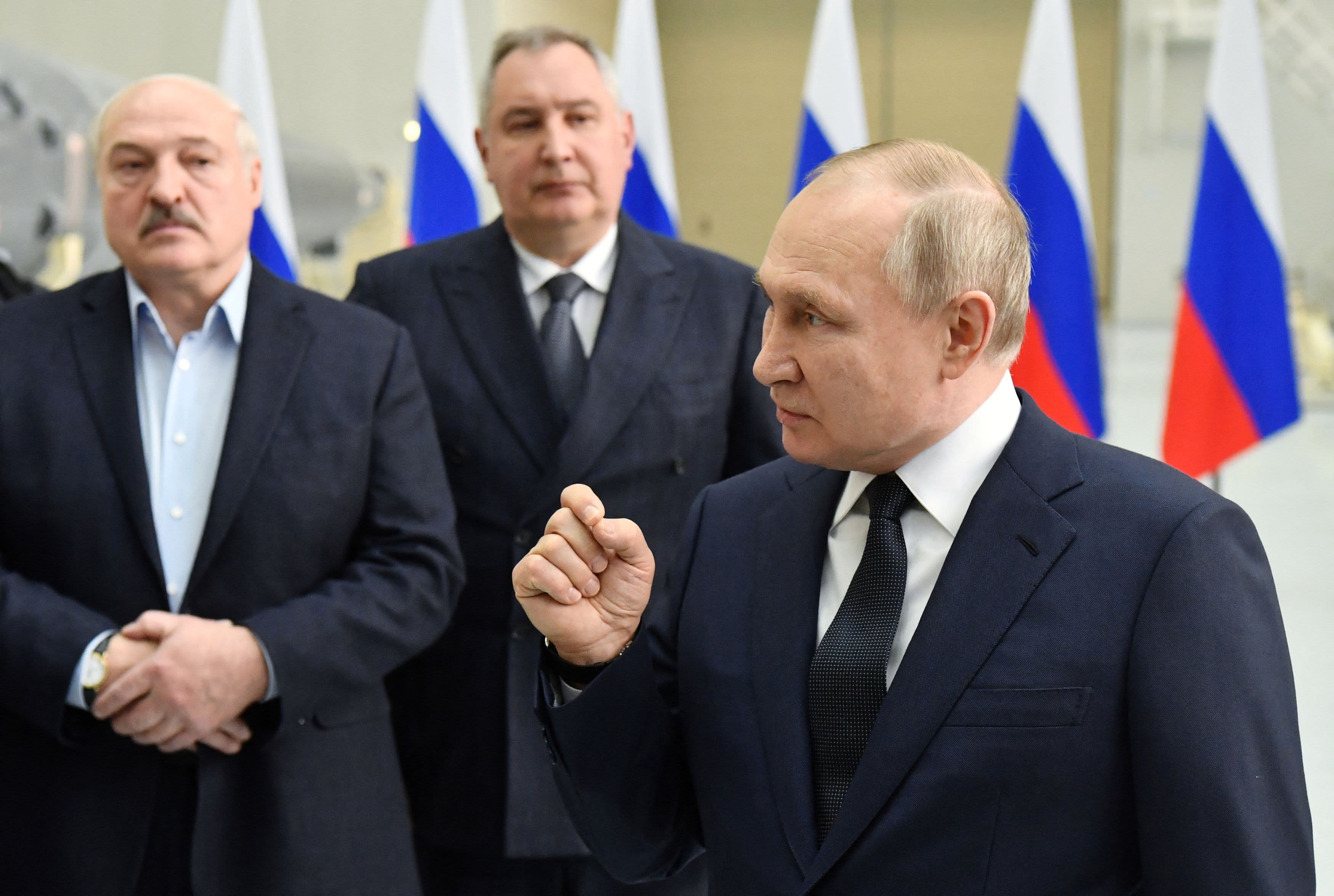 “We categorically do not accept any war. We have done and are doing everything now so that there isn’t a war. Thanks to yours truly, me that is, negotiations between Ukraine and Russia have begun,” he said.

“But why is Ukraine, on whose territory a war in effect is ongoing, military action, people are dying — why is Ukraine not interested in these negotiations?”

Lukashenko also said it would be “unacceptable” to use nuclear weapons, but he couldn't say if Russia has such plans.

“Not only is the use of nuclear weapons unacceptable because it’s right next to us — we are not across the ocean like the United States. It is also unacceptable because it might knock our terrestrial ball flying off the orbit to who knows where,” Lukashenko said. “Whether or not Russia is capable of that — is a question you need to ask the Russian leadership.”

Russia deployed forces to Belarusian territory under the pretext of military drills and then sent them rolling into Ukraine as part of the invasion that began on Feb. 24.

Lukashenko publicly supported the operation, alleging at a meeting with Russian President Vladimir Putin in early March that Ukraine planned to attack Belarus and that Moscow’s offensive prevented that. He said he brought a map to show Putin from where the alleged attack was supposed to take place, but offered no other evidence to back the claim.

As the Russian invasion of Ukraine has dragged on, the endgame has become less clear. NBCLX storyteller Clark Fouraker spoke to Philip Wasielewski of the Foreign Policy Research Institute about the war’s possible outcomes, which hinge on a key question: Does Russia want to fight — or find a way out?

Lukashenko also told the AP that Putin isn't seeking a direct conflict with NATO, and urged the West to ensure that one doesn't happen.

“He most likely does not want a global confrontation with NATO. Use it. Use it and do everything for that not to happen. Otherwise, even if Putin doesn’t want it, the military will react,” the Belarusian leader said.

Earlier this week, the Belarusian military announced snap drills that raised concerns in Ukraine. However, Lukashenko assured the AP on Thursday that the drills didn’t threaten anyone.

“We do not threaten anyone and we are not going to threaten and will not do it. Moreover, we can’t threaten — we know who opposes us, so to unleash some kind of a conflict, some kind of war here in the West is absolutely not in the interests of the Belarusian state. So the West can sleep peacefully.”

Russian and Belarusian athletes have been banned from competing at the Paralympics because of their countries’ roles in the war in Ukraine.

Follow the AP’s coverage of the war at https://apnews.com/hub/russia-ukraine