A Breakdown of the Gowns, Bling and Beauty From the Oscars

A look at fashion highlights from Hollywood's big night Sunday

The Oscars closed the awards season in style, with statement necklaces and classic gowns, traditional tuxedos and some young rule-breakers.

A look at fashion highlights from Hollywood's big night Sunday:

King's pale pink Versace with just the right amount of silver embellishment was a flawless fit. Johansson's Champagne-hued Oscar de la Renta was a strapless wonder with strand details at the top. Theron's black Dior Haute Couture offered one shoulder up and one down, along with a high side slit. Erivo shut it down in a white custom Atelier Versace one-shoulder bustier gown. Zellweger didn't disappoint in a white symmetrical body hugger from Armani with one long sleeve.

"Regina King and Cynthia Erivo really did the ballgown right," said Justine Carreon, senior market editor for Elle.com. "Cynthia Erivo had those kind of modern paniers on the hips. Regina had a pink princess moment, but it still had a very modern neckline."

Nobody took any big risks, she said, though there were some statements made.

Natalie Portman used her Maria Grazia Chiuri’s embroidered cape to showcase the names of female directors snubbed by the Academy stitched into the fabric. Kaitlyn Dever wore a sustainable Louis Vuitton look in crimson. Waad al-Kateab, co-director of the documentary "For Sama," used her gown for some political messaging in Arabic.

Refinery29.com's director of fashion and culture, Gabrielle Korn, called Portman's moment "such a strong statement and such an important reminder that fashion can speak volumes."

Andrea Lavinthal, style and beauty director of People, was a fan of Zellweger's Armani Prive gown.

"She looked so elegant. People are always commenting that she sticks to a column silhouette but when you see something like that on her and how stunning it looks, I think you understand why it's her signature."

"She always brings such drama to the carpet in such an elegant way," E! style correspondent Zanna Roberts Rassi said of Monae's look. Monae, along with Eilish and Billy Porter (in a golden feather top and orange ball skirt), show trends aren't everything. The trend was to be yourself."

"It's less about trends. It's more about showing who they really are," she said.

"Billie Eilish and Billy Porter tend to just stick to their guns. When it comes to fashion, they don't let themselves be confined to any box," she said. "It's true that Eilish loves a logo, but that's true of her generation, from Gucci to Louis Vuitton."

Of Monet, Vanity Fair.com's associate editor Erin Vanderhoof said: "For the last decade, the musician and actor has proven that she's never afraid to wear something completely original, and it's been inspiring to see her hang on to that experimentation as she has blossomed from an R&B singer into full-blown movie star."

Take a look back at the night ‘Parasite’ had at the 2020 Academy Awards.

"She looked so outrageous in that dress. She's glowing. She has looked outrageous all awards season. I think it's love. I think love is her accessory. She really looks radiant and sexy."

Johansson is engaged to Colin Jost from "Saturday Night Live."

As for Erivo, who was nominated twice with no wins Sunday, fashion has helped propel her this awards season.

"If you didn't know her name before awards season, you know it now thanks in part to the incredible fashion choices she and her stylist, Jason Bolden, have been making. She looked so happy. You can see she feels comfortable and good, and that really comes through in these dramatic dresses she's been wearing, and the enormous jewels. She doesn't let these gowns wear her, which is incredible considering she's so petite," Lavinthal said of the 5-foot-1 Erivo.

Vintage represented, but just a tad.

Margot Robbie hit the carpet in Chanel from the brand's spring 1994 haute couture collection. It was a black fitted bustier gown with detached sleeves that practically touched the ground. A pearl pendant was front and center.

There was an abundance of statement necklaces on women (Mindy Kaling, Julia Louis-Dreyfus, Zazie Beetz), but there was also a show of "gent's jewelry," said Claibourne Poindexter, associate jewelry specialist for Christie's auction house.

From Porter in multiple bracelets and rings from Swarovski to men bringing back the lapel brooch (Chalamet's vintage Cartier), "there is no doubt that men are embracing jewels for the first time in a long time," he said.

Among other favorites: Anthony Ramos in a long necklace and lapel brooch worn with a white suit.

Take a look at the biggest moments from the 2020 Academy Awards. This year’s Oscars were held at the Dolby Theatre in Hollywood, California.

As for the women, Greta Gerwig wore diamonds and emerald from Bulgari, as did Beetz. Theron wore a diamond drop necklace by Tiffany & Co. weighing in at more than 20 carats. Louis-Dreyfus wore more than 60 carats set in platinum from Harry Winston. Vintage represented in a small way, thanks to Rebel Wilson's gold and diamond double row necklace by Pomellato to Chalamet's 1950s ruby and diamond clip, Poindexter said.

"Over the last several years we've seen a consistent increase in gentlemen who wear jewels as a great way to diversify their style on what is arguably a more difficult wardrobe to show individuality in," he said.

Gerwig's emerald beads and diamonds has her "following in the footsteps of many powerful women in film," Poindexter said. "From Elizabeth Taylor in her own Bulgari emerald and diamond jewels purchased on a visit to the Bulgari boutique with Richard Burton to Monica Vitti posing for Karen Radkai in a full suite of oval shaped emerald and diamond jewelry in 1963, Bulgari has had a long reputation of being a favorite among the film and jet set," Poindexter said.

The Oscars are often a parade of nudes, sheers or pale pinks, especially in nail polish, said Cat Quinn, beauty director for Refinery29.com.

"So I was excited to see so many actresses go for a bolder look this year. Black nail polish in particular reigned supreme, with a variety of cool iterations," she said.

"If you're not ready for nail art, Gal Gadot proved that a short, black manicure can still look classic and cool, too," she said.

Oscar hair comes and goes, but new looks on the red carpet are always exciting. 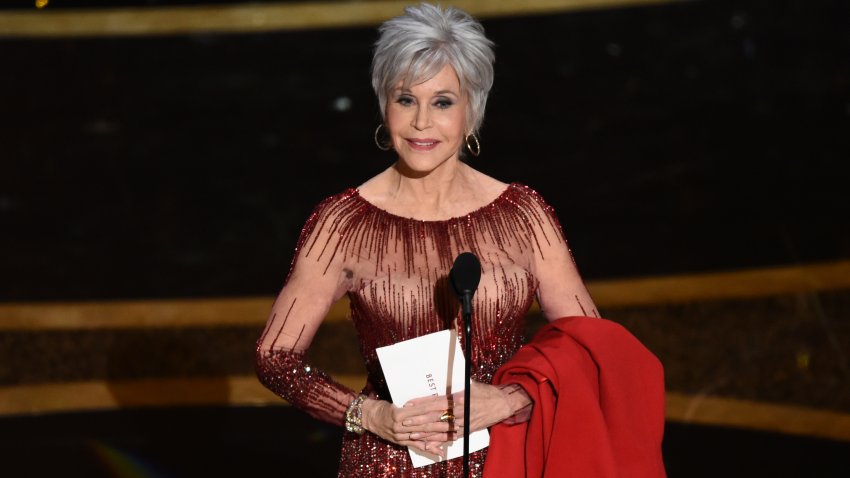 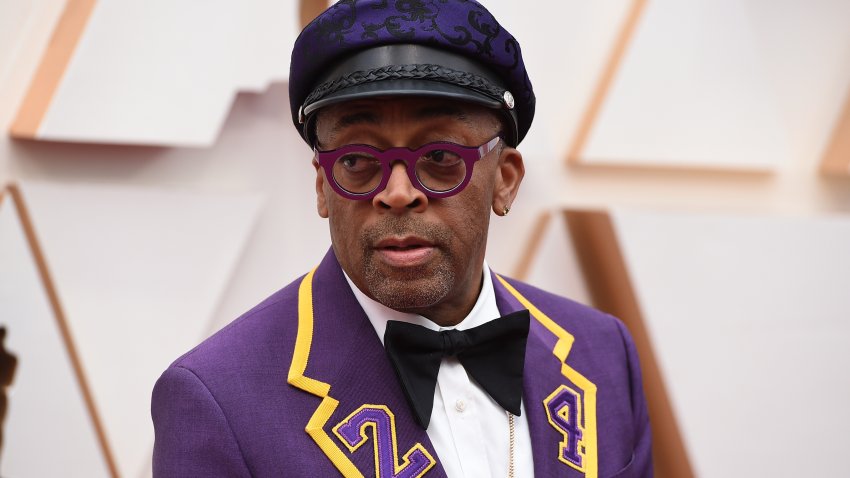 Hair accessories are fun, too.

"Lucy Boynton accentuated her deep side part with a row of pearls, Salma Hayek topped off her updo with a sculptural crystal headpiece, Rebel Wilson pinned her side-swept Hollywood waves back with a gold hair clip," Quinn said. "Even Billie Eilish decorated her signature neon-green hair with Chanel ribbons and an embroidered barrette."

"It was a custom design by Jennifer Behr that honored the actress' Honduran heritage," Quinn said. "I love that she used her beauty look to connect to her culture and spread an important message of representation."