From Dry to Deluge, How Heavy Snow, Rain Flooded Yellowstone

Mostly natural fleeting forces with some connections to long-term climate change combined to trigger the switch from drought to deluge, scientists said

Just three months ago, the Yellowstone region like most of the West was dragging through an extended drought with little snow in the mountains and wildfire scars in Red Lodge from a year ago when the area was hit by 105-degree Fahrenheit (40.5 Celsius) heat and fire.

Rivers and creeks this week raged with water much higher and faster than even the rare benchmark 500-year flood. Weather-whiplashed residents and government officials raced to save homes, roads and businesses.

Mostly natural fleeting forces with some connections to long-term climate change combined to trigger the switch from drought to deluge, scientists said.

It was a textbook case of “weather weirding,” said Red Lodge resident and National Snow and Ice Data Center deputy lead scientist Twila Moon. Her cropped hair was up in a sweat band and she was covered head to toe in mud from helping residents clear out flooded areas.

But these were conditions unique to the northern interior West, scientists say. Most of the West doesn't have much snow and will keep struggling with drought.

In the Yellowstone area, after a winter with light snow, it finally accumulated a couple of months ago, wet and cold, likely thanks to the natural weather event La Niña, building the snowpack in the mountains to above normal levels. Snow fell so hard on Memorial Day weekend people had to abandon camping gear and get out of the park while they could, said Tom Osborne, a hydrologist who has spent decades in the area.

Things looked good. The drought wasn’t quite busted — in fact Thursday’s national drought monitor still puts 84% of Montana under unusually dry or full-fledged drought conditions — but it was better. Then came too much of a moist thing. Heavy rains poured in thanks to a water-laden atmosphere turbocharged by warmer than normal Pacific water. And when it poured, it melted. The equivalent of nine inches (23 centimeters) of rain flowed down Montana mountain slopes in some places. Half or more was from the melting snow, scientists said.

All the rivers and streams reacted the same: “They shot up to levels far beyond anything ever recorded,” Osborne said. “Hydrologists know that there’s nothing that causes higher magnitude flooding in the West more so than a rain-on-snow event.”

The floods triggered Yellowstone National Park to close and caused damage in nearby Montana.

La Niña conditions occur when parts of the equatorial Pacific ocean cool, changing global weather patterns. While La Niña can dry out the U.S. Southwest, it can increase snow and rain in other more northwesterly parts of the country and may have helped pack more snow in Yellowstone’s mountain peaks, according to Upmanu Lall, the director of the Columbia Water Center at Columbia University.

And while Oregon, Washington, Idaho and Montana had bigger snowpacks from a cold, wet spring, areas south of that were extremely dry with anemic to missing late spring snows, said UCLA climate scientist and western weather expert Daniel Swain.

Then an “atmospheric river” — long flowing regions in the sky that move large amounts of water — entered the area and dumped rain on the snow at a time when the weather was warm. That rain came in from over the northern Pacific where the water and air was unusually warm and warmer air holds more rain due to basic physics, said Swain. That’s a small climate change connection, he said.

Over the long-term, climate change is reducing snowpack in the West, according to Guillaume Mauger, a research scientist at the University of Washington Climate Impacts Group.

“With climate change, we expect less snow and we expect the melt season to be shorter,” said Mauger.

“What is extraordinary is the combination of that high snowpack that got built up in April, May, together with this rainfall event and the warmer conditions,” Lall said. “That’s where the flooding is coming from.”

Lall said an atmospheric river that brought in moisture from the Pacific “is a little bit harder” to link to climate change.

La Niña may have played a role in several ways. While there have been La Niñas like this one throughout the past “we’ve never seen in human history persistent La Niña events with global temperatures this warm before. That is a unique combination,” Swain said. “We already know that La Niña increases the risk of floods in some places. It increases the amount of active weather in some places. And then you have warmer oceans and a warmer atmosphere that can supercharge those.”

“So you really can’t just say it’s one thing or the other,” Swain said. “It really is both. It’s the natural and the unnatural together.” 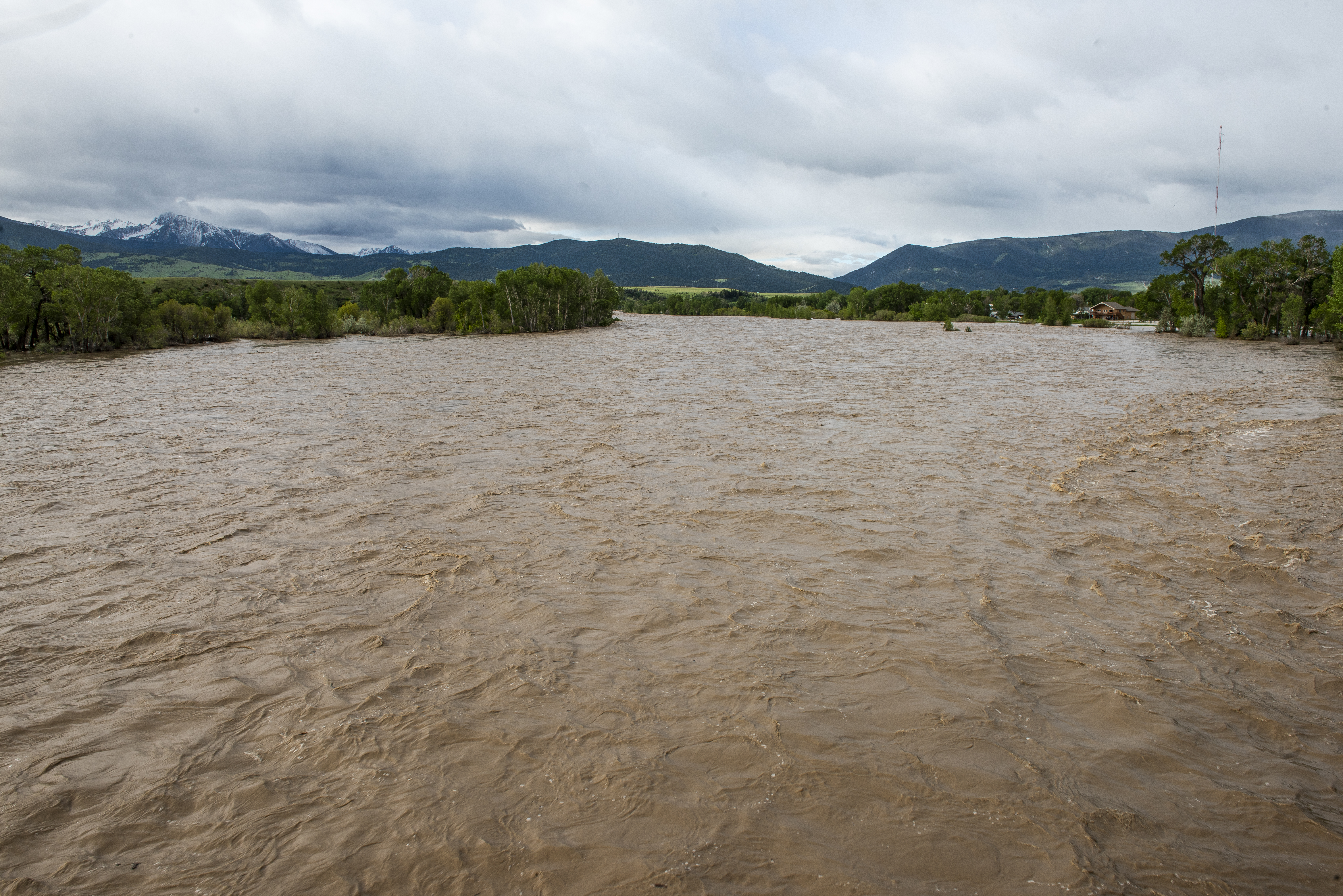 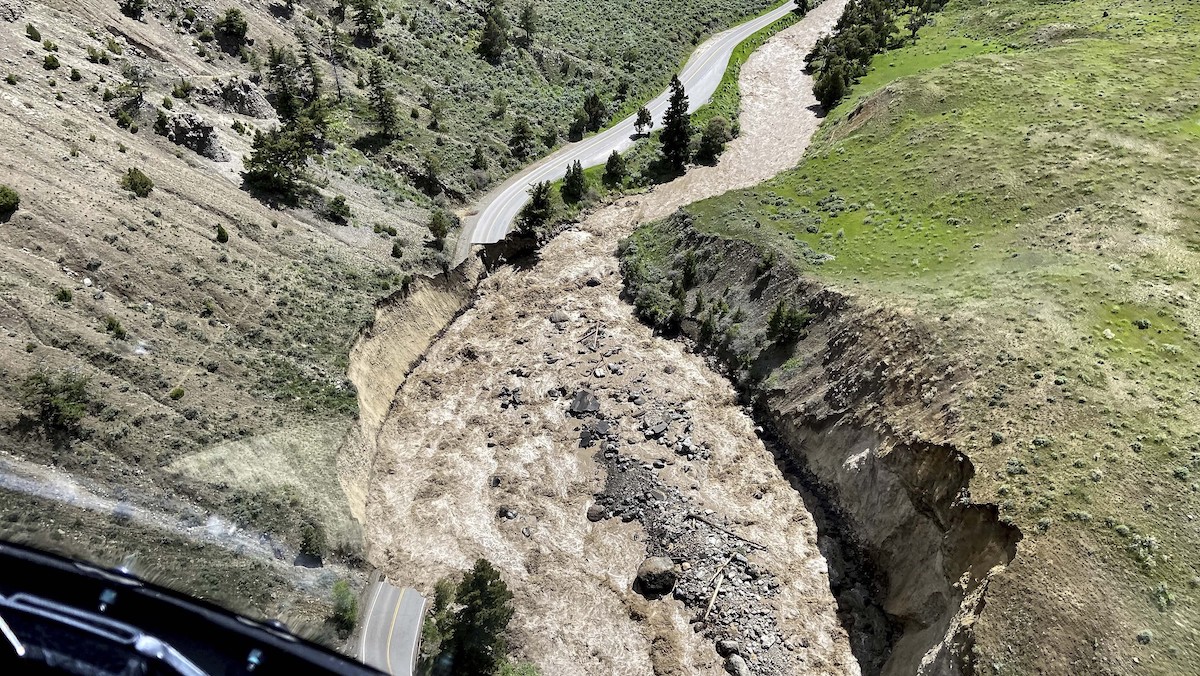 But the real life flooding disaster was far worse, she said.

“Who could predict houses going into the rivers and bridges being destroyed,” Whitlock said. “It’s so much worse than you imagine. And it’s partly because the infrastructure is not set up for extreme climate events.”