“Star Wars” actor Mark Hamill will forever be connected to San Diego: there’s now a street named after him in Clairemont – the neighborhood where he lived as a kid.

"To say that I'm grateful and honored would be an understatement," Hamill said to a packed crowd on a hot, sunny Sunday afternoon.

On Sunday, Hamill, best known for his portrayal of Luke Skywalker in the original “Star Wars” trilogy, visited his old neighborhood for a street dedication ceremony where city leaders renamed the corner of Castleton Drive at Mount Abernathy Avenue into honorary “Mark Hamill Drive.” 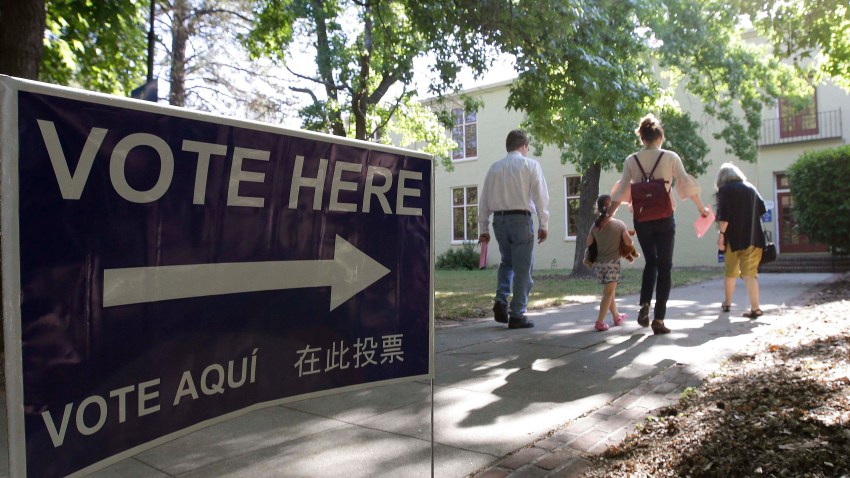 The actor, who attended Hale Junior High School in Clairemont in the early 1960s, lived with his family in the 5900 block of Castleton Drive at the time.

The son of a Naval officer, Hamill said he went to nine schools in 12 years. He spent the longest amount of time (four years) in San Diego.

"Part of me is honored because the community reached out to make me a part of something I've wanted for so long - a sense of place," Hamill told the crowd. "I don't really have a hometown, but if I could pick a hometown it would certainly be San Diego."

Hamill referred to his teenage self as a "goofy kid" who was always doing puppet shows and magic tricks.

Hamill said when he first heard a street was being renamed after him he thought he was being pranked.

In a statement to the city, Hamill said he was deeply moved by the gesture.

"I'm humbled and so touched by the kindness of the people from my old neighborhood in Clairemont who approved of it and made it happen,” Hamill said in a statement to the City of San Diego. “I've always loved San Diego and lived some of the happiest years of my life there. To have their support means the world to me.”

Sunday’s ceremony was led by San Diego councilmember Chris Cate. Earlier this week, Cate posted a video on social media asking locals to submit questions for Hamill ahead of the big event.

"The force is strong with all of you!" Hamill shouted to the cheering crowd at the end of his speech.