The COVID-19 bill follows President Joe Biden’s strategy of building on the ACA health law to move the U.S. toward coverage for all

Several million people stand to save hundreds of dollars in health insurance costs, or more, under the Democratic coronavirus relief legislation on track to pass Congress.

Winners include those covered by “Obamacare” or just now signing up, self-employed people who buy their own insurance and don't currently get federal help, laid-off workers struggling to retain employer coverage, and most anyone collecting unemployment. Also, potentially many more could benefit if about a dozen states accept a Medicaid deal in the legislation.

Taken together, the components of the coronavirus bill represent the biggest expansion of federal help for health insurance since the Obama-era Affordable Care Act more than 10 years ago. “Obamacare” not only survived former President Donald Trump’s repeated attempts to tear it down but will now get a shot of new life.

Consider a couple of examples: A hypothetical 45-year-old making $58,000 now gets no aid under the ACA. With the bill, they'd be entitled to a $1,250 tax credit, or 20% off their premiums, according to the Congressional Budget Office. A 64-year-old making $19,300 already gets generous subsidies that reduce premiums to $800 a year. But with the bill, that person would pay no premiums for a standard plan.

A new study from the Centers for Disease Control and Prevention looked at the health outcomes of more than 148,000 U.S. adults.

Because health insurance is so complicated, consumers are going to have to do their homework to figure out if there's something in the bill for them. And health care benefits are not like stimulus checks that can be blasted out. There will be a lag as government agencies, insurers and employers unpack the bill's provisions.

There's also a political twist. Since most of the health care aid is keyed to the pandemic and expires by the end of 2022, that will let Democrats set up election-year votes to make new benefits permanent, or build them out even more.

“There was always a hope that we were going to be able to return and build on where we started in 2009-2010, and we finally got to a place where it was possible,” said Judy Solomon of the Center on Budget and Policy Priorities. Her organization advocates on behalf of low-income people and was an early supporter of the health care law.

“We had this massive fight that went on for 10 years," said blogger Robert Laszewski, who followed “Obamacare” for an industry audience. “Over the weekend, it's like it's been erased.”

The Centers for Disease Control and Prevention released their first recommendations for fully vaccinated individuals on how they can begin to visit with others.

The COVID-19 bill follows President Joe Biden’s strategy of building on the health law to move the U.S. toward coverage for all. It’s still unclear how big a dent the legislation will make in the number of uninsured people, which has risen to an estimated 33 million or more.

A major health care item in the bill will depend on some Republican-led states going along. States mainly in the South have refused to expand Medicaid to low-income adults under the ACA. The legislation offers them a temporary infusion of billions of dollars to reconsider. If those states, including Texas, Florida and Georgia, were to do that, Biden would be closer to his coverage goal.

Even if the hold-outs spurn the offer, the legislation provides plenty of other benefits.

The biggest winners will be the more than 11 million people already enrolled in “Obamacare” as well as those who are now shopping for HealthCare.gov coverage. Biden has opened up a special sign-up period through May 15. Time to Double Down — Not Let Up, WHO Chief Scientist Warns as COVID Cases Rise 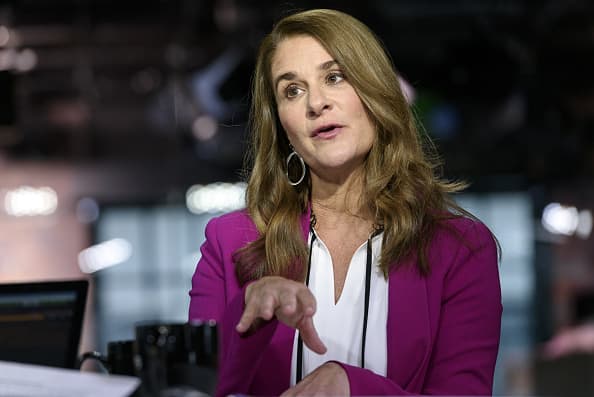 The bill would change the formulas for health insurance tax credits to make them more generous for most people, and also allow a wider number of individuals to qualify. That makes coverage more attractive for people who are considering whether to buy and more affordable for those who already have it, mainly low-to-moderate income working people.

Insurers are hoping that the federal Centers for Medicare and Medicaid Services will be able to quickly update HealthCare.gov software, allowing the companies to promote lower premiums and attract more consumers while the current sign-up window remains open. Industry also wants the agency to automatically adjust what existing customers are paying, sparing millions the headache of having to go back and reapply.

In a politically significant change, the bill would provide health insurance tax credits to people with solid middle-class incomes who don't now qualify for help with their premiums. That's a demographic that includes many self-employed people and business owners who were hit with higher premiums as a result of the ACA, but cut out of the benefits. Their complaints fueled Republican opposition to the health law. “These are the people Trump was responding to,” said Laszewski.

Another inducement is aimed at people who have lost jobs. Those who collect unemployment this year, if even for one week, would qualify for the most generous ACA tax credits as well as its biggest reductions in copays and deductibles.

Other people who lose their jobs may want to keep their employer coverage. A federal law known as COBRA allows that, but the employee has to pay the full premium, often a prohibitive expense. The bill would provide a temporary 100% subsidy.

Republicans cite the health insurance provisions as an example of coronavirus overreach by Democrats. Policy consultant Brian Blase, a former health care adviser in the Trump White House, says most of the additional subsidies for coverage will merely substitute for what private households would have otherwise paid. If made permanent, he predicts that over time the sweeter tax credits will have the unintended consequence of enticing small businesses to stop offering coverage to their workers.