At least nine people have been killed and more than 800 injured by a magnitude 6.5 earthquake Thursday night that toppled houses and buckled roads in southern Japan.

With daybreak Friday, the extent of the damage became apparent: collapsed buildings, streets warped by manholes pushed higher by the earth's movement, an expressway crunched and buckled.

The damage was severe in the hardest-hit town of Mashiki, about 15 kilometers (9 miles) from Kumamoto city. Entire buildings fallen to the ground, roofs that slid off, and windows and walls that crumbled, scattering glass and debris.

Huge boulder-like rocks tumbled from the walls of historic Kumamoto castle, which was closed to the public Friday.

Five women and four men were killed, the Fire and Disaster Management Agency said. One man in his 20s died; the rest of the victims ranged from their 50s to one woman in her 90s. Eight of the nine victims were from Mashiki.

The government's chief spokesman, Yoshihide Suga, said at least 860 people had been injured, 53 seriously. He said 1,600 soldiers had joined the relief and rescue efforts.

About 44,000 people sought refuge, though some returned home in the morning. TV reports showed troops delivering blankets and adult diapers to those who took shelter. 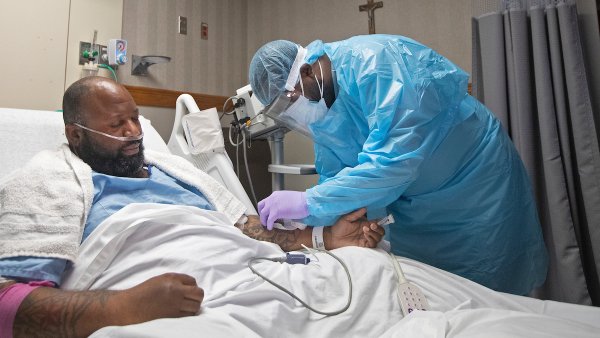 The quake struck at 9:26 p.m. Thursday at a depth of 11 kilometers (7 miles) near Kumamoto city on the island of Kyushu, the Japan Meteorological Agency said. There was no tsunami risk.

Rescue efforts continued through the night. Japanese television showed a baby wrapped in a blanket being carried out of the rubble of a home.

Rescue operations were repeatedly disrupted by aftershocks. By early Friday there had been 116 such jolts strong enough to be felt.

"There was a ka-boom and the whole house shook violently sideways," Takahiko Morita, a Mashiki resident said in a telephone interview with Japanese broadcaster NHK. "Furniture and bookshelves fell down, and books were all over the floor."

Morita said some houses and walls collapsed in his neighborhood, and water supply had been cut off. On Friday, residents were hauling water from local offices to their homes to flush toilets.

Local broadcasters were urging residents to check on elderly people living alone who might not have been able to escape their homes unaided.

Suga said there no abnormalities at nearby nuclear facilities. The epicenter was 120 kilometers (74 miles) northeast of Kyushu Electric Power Co.'s Sendai nuclear plant, the only one operating in the country.

Most of Japan's nuclear reactors remain offline following the meltdowns at the Tokyo Electric Power Co.'s Fukushima plant in 2011 after a magnitude 9.0 earthquake triggered a huge tsunami.

Television footage showed fires breaking out after the earthquake, with firefighters battling an orange blaze.

Keisuke Urata, an official in nearby Uki city, told NHK that parts of the ceiling at Uki City Hall collapsed, windows broke and cabinets fell to the ground.

According to the Japan Meteorological Agency, Mashiki sits near two faults on Kyushu. The area is also near Mount Aso, a huge, active volcano. JMA officials said the quake was unusually strong for Kyushu.