There is a muddled line of succession in Haiti to replace President Jovenel Moïse, who was killed Wednesday morning

The assassination of Haitian President Jovenel Moïse seemed to have thrown an already turbulent nation into chaos on Wednesday, with a muddled line of succession. Here is a look at the situation:

Who was the assassinated president?

Jovenel Moïse was a 48-year-old businessman and political neophyte when he was sworn in as president of Haiti on Feb. 7, 2017. The former banana producer inherited a nation in turmoil — one that had gone a year without an elected leader in place. He leaves it in chaos as well.

Taking office, he pledged to strengthen institutions, fight corruption and bring more investment and jobs to the hemisphere's poorest nation. “We can change Haiti if we work together,” Moïse said on the grounds of what used to be the national palace — one of many buildings obliterated by a January 2010 earthquake that killed thousands of Haitians. 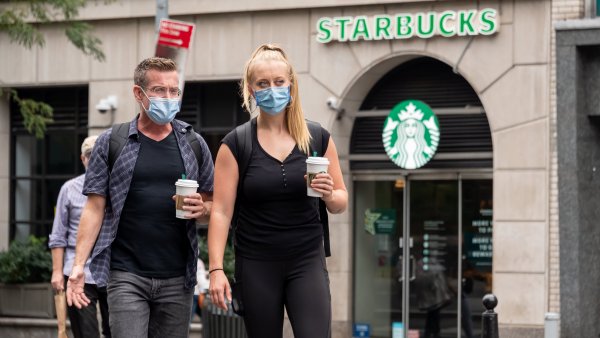 But togetherness never arrived, and his administration was plagued by massive protests from the start. Even his initial election in 2015 was annulled, forcing a re-do that he also won. Critics accused him of growing increasingly authoritarian. He had been ruling by decree for more than a year after dissolving a majority of Parliament in January 2020 amid a delay in legislative elections.

In February, Moïse told the U.N. Security Council that powerful oligarchs had made seven attempts to overthrow him. He also announced that month that about 20 people had been arrested in an assassination plot. But an appeals court later rejected the claim and released the accused plotters, who included a judge and a police inspector general.

Details so far are slim. Interim Prime Minister Claude Joseph said highly trained gunmen, some speaking Spanish or English, killed the president at his home. The first lady also was shot and wounded. He said police and the armed forces were controlling security. A resident who lives near the president’s home compared the sound of the shooting to an earthquake.

Bocchit Edmond, the Haitian ambassador to the U.S., described the attackers as “well trained professional commandos” and “foreign mercenaries” who were masquerading as U.S. Drug Enforcement Administration agents. He did not comment on possible suspects or motives and said Haiti has asked the U.S. government for assistance in the investigation.

Hours after the killing, authorities announced that police had killed four suspects and arrested two others. Officials, however, gave no details on their identities or a possible motive.

What is the situation in Haiti?

The country has struggled with political instability — along with dire poverty and crime — since the end of the brutal dictatorships of Francois and Jean-Claude Duvalier from 1957 to 1986.

Criminal gangs this year have driven thousands of people from their homes, protesters demanding Moïse's ouster in 2019 shut down much of the economy and the country has yet to begin vaccinating its 11 million people against the new coronavirus, which is surging.

Police and the military, too, have been troubled, often targeted by gangs. Masked officers who said they belonged to a disgruntled faction stormed several police stations in March to free comrades who'd been accused of participating in a coup attempt. The army was re-inaugurated only in 2017. It had been disbanded in 1995 after the fall of a dictatorship.

Does Haiti have a prime minister?

The government has been without a formal prime minister since April, when Joseph Jouthe resigned amid a spike in killings and kidnappings. His replacement has not yet been approved by the parliament.

Political strife has deepened since Feb. 7, when opposition leaders claim Moïse’s legal term had expired — five years after he would have taken office if the initial vote had been allowed. Moïse argued it ends in February 2022 since he wasn’t sworn in until 2017.

With Moïse ruling by decree, the government has scheduled new elections for September and a possible runoff in November. The government also has pushed a referendum on a new constitution that critics allege might allow the president to extend his power. But that vote has also been delayed.

Authorities have for now closed the international airport and declared a state of siege.

Who is the Haitian president now?

Under the Haitian Constitution, the president of the Supreme Court would temporarily take over. But he recently died of COVID-19. The National Assembly would then select a new leader. But that's not possible because there's effectively no current legislature: The terms of the lower house members have all expired as well as two-thirds of those in the Senate.

That leaves the acting prime minister, Joseph, in charge along with his fellow government ministers, according to Haitian attorney Salim Succar, once chief of staff to former Prime Minister Laurent Lamothe.

But Joseph had only an interim role. Moïse was killed a day after he nominated Ariel Henry, a neurosurgeon, as Haiti’s new prime minister. He had not been confirmed, however. The uncertainty could create more volatility ahead of general elections later this year.