One suspect was in custody, and police said the officers' injuries did not appear to be life-threatening

Hours after a Kentucky grand jury brought no charges against Louisville police for Breonna Taylor's death and protesters took to the streets, authorities said two officers were shot and wounded Wednesday night during the demonstrations expressing anger over the killings of Black people at the hands of police.

Interim Louisville Police Chief Robert Schroeder said a suspect was in custody but did not offer details about whether that person was participating in the demonstrations. Police said one of the officers underwent surgery and both are expected to survive.

He says the officers were shot at First Street and Broadway, an intersection several blocks from the center of protests — Jefferson Square Park – after investigating reports of gunfire at an intersection where there was a large crowd.

"I am very concerned about the safety of our officers," Schroeder said.

Kentucky Gov. Andy Beshear responded to the attack in a video address posted on Twitter.

"We know that the answer to violence is never violence," he said. "And we are thinking about those two officers and their families tonight."

His election foe, former Vice President Joe Biden, tweeted his own "prayers" and said: "Violence is never & can never be the answer. Those who engage in it must be held accountable."

Several shots rang out as protesters in downtown Louisville tried to avoid police blockades, moving down an alleyway as officers lobbed pepper balls, according to an Associated Press journalist. People covered their ears, ran away and frantically looked for places to hide. Police with long guns swarmed the area, then officers in riot gear and military-style vehicles blocked off roadways.

The sound of shooting was captured on profanity-laden video of demonstrators amassed in the area of the shooting, but NBC News has not verified that the gunfire was that of the attack.

The FBI's Louisville field office said it had sent a SWAT team to the scene and would assist in the investigation.

Louisville police said they made 127 arrests. A statement from the department said some were arrested after damaging businesses and more were detained after jumping on city vehicles being used as barricades. Later, protesters who refused orders to disperse were arrested for curfew and unlawful assembly violations.

Kentucky Attorney General Daniel Cameron announced that no charges could be filed against the two detectives who fired shots that hit Breonna Taylor because the detectives' use of force was authorized after they were fired upon first.

In Denver, police said that officers responded to a "vehicle that drove into a protest" Wednesday night, NBC News reported. No injuries are reported in the 9:17 p.m. incident, police said, and one person described as a male was detained. A police spokesman said the person detained was the driver, but how or why the incident occurred is still under investigation.

The violence in Louisville comes after prosecutors said two officers who fired their weapons at Taylor, a Black woman, were justified in using force to protect themselves after they faced gunfire from her boyfriend. The only charges were three counts of wanton endangerment against fired Officer Brett Hankison for shooting into a home next to Taylor's with people inside.

The FBI is still investigating potential violations of federal law in connection with the raid at Taylor's home on March 13.

Taylor, an emergency medical worker, was shot multiple times by white officers who entered her home during a narcotics investigation linked to a suspect, her ex-boyfriend, who didn't live at the apartment. No drugs were found inside the home.

State Attorney General Daniel Cameron said that while the officers had a no-knock warrant, the investigation showed they announced themselves before entering, citing the testimony of one neighbor. That claim contradicts The New York Times reporting that almost a dozen neighbors said in interviews that they never heard police calling out. 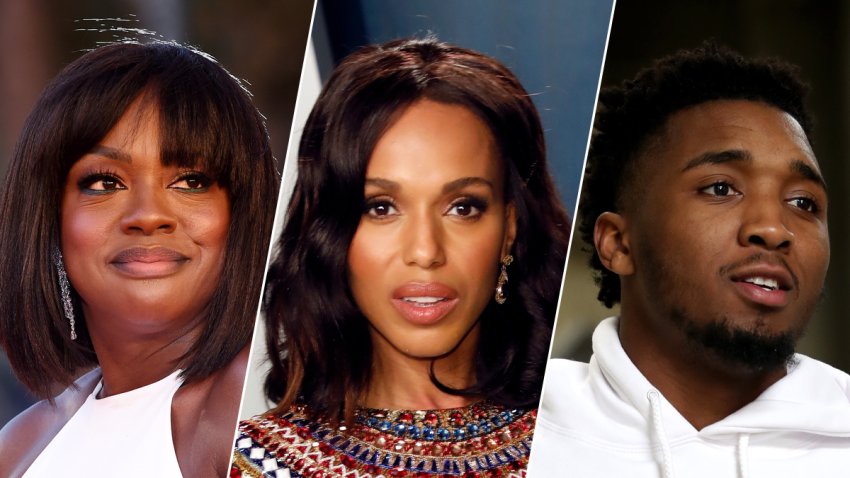 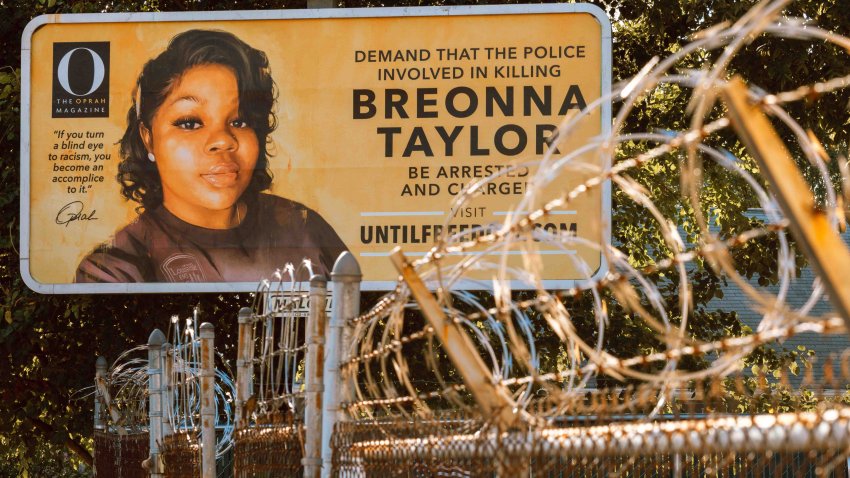 A Timeline of Events Related to the Death of Breonna Taylor

Along with the killing of George Floyd in Minnesota, Taylor’s case became a major touchstone for nationwide protests that have drawn attention to entrenched racism and demanded police reform. Taylor’s image has been painted on streets, emblazoned on protest signs and silk-screened on T-shirts worn by celebrities. Several prominent African American celebrities joined those urging that the officers be charged.

The announcement drew sadness, frustration and anger that the grand jury did not go further. The wanton endangerment charges each carry a sentence of up to five years.

Carmen Jones has protested in downtown Louisville every day for nearly three months. She said she felt despair after the grand jury's decision and didn’t know what was next.

“We’re tired of being hashtags. We’re tired of paying for history in our blood and our bodies and being told to respond to this violence and aggression with peace,” she said. “We did it the Martin way for the entire summer, and it got us nowhere. Maybe it’s time to do things the Malcolm way.”

One of the police officers involved in the shooting death of Breonna Taylor in her Louisville home in March was charged Wednesday with first-degree wanton endangerment.

Jones said her remaining hope was that their demonstration would cause systemwide change in the U.S. But the decision in Taylor's case made her feel like her life doesn’t matter in America.

“I don’t think I’ll sleep the same ever again, cause it would happen to any of us" she said. “The system does not care about Black people. The system chews Black people up and spits us out.”

Gov. Andy Beshear, a Democrat, said he authorized a limited deployment of the National Guard. He also urged Cameron, the state attorney general, to post online all the evidence that could be released without affecting the charges filed.

“Those that are currently feeling frustration, feeling hurt, they deserve to know more,” he said.

The case exposed the wide gulf between public opinion on justice for those who kill Black Americans and the laws under which those officers are charged, which regularly favor police and do not often result in steep criminal accusations.

At a news conference, Cameron spoke to that disconnect: “Criminal law is not meant to respond to every sorrow and grief.”

“But my heart breaks for the loss of Miss Taylor. ... My mother, if something was to happen to me, would find it very hard,” he added, choking up.

Hudsbeth Blackburn is a corps member for the Associated Press/Report for America Statehouse News Initiative. Report for America is a nonprofit national service program that places journalists in local newsrooms to report on undercovered issues.