Gymnast's Dad After Positive COVID Test: ‘Hope Is Gone' for Her to Compete at Olympics

When Kara Eaker traveled to Tokyo as an alternate for the U.S. women's gymnastics team, there was hope she might potentially be able to compete in the Olympics, but after a positive COVID-19 test, that dream has been crushed.

"There was hope up to this point, even as an alternate. Now that the results have come back, that hope is gone," Eaker's father, Mark Eaker, told NBC affiliate KSHB in Kansas City.

The U.S. Olympic and Paralympic Committee said in a statement early Monday that an alternate on the women's artistic gymnastics team had tested positive for COVID-19, but declined to name her out of respect for her privacy.

"In alignment with local rules and protocols, the athlete has been transferred to a hotel to quarantine. Out of respect for the individual’s privacy, we cannot provide more information at this time," the statement said.

On Monday morning, Eaker's coach confirmed to KSHB that she was the alternate who tested positive. Eaker, 18, is vaccinated and is not showing any COVID-19 symptoms, according to her parents.

Spectators, including family members of Olympians, are not allowed at the Olympics this year as part of Japan's measures to mitigate the spread of the virus. The Eakers are instead having to stay in touch with their daughter from afar during this difficult time.

Mark Eaker said the test is heartbreaking for him as a parent because he knows how much work his daughter put into following her dream.

“Mostly disappointed, you know? I feel bad for her, because like I said, she’s trained most of her life for this," he said.

Kara's mother, Katherine Eaker, also used the opportunity to speak out about how glad she is that her daughter is vaccinated, even though she had a breakthrough case.

"We are just incredibly thankful that we got her vaccinated, because everyone is telling us — all the medical people are telling us — that’s to her benefit," she said. “If there’s something I could tell everybody: Take this seriously." 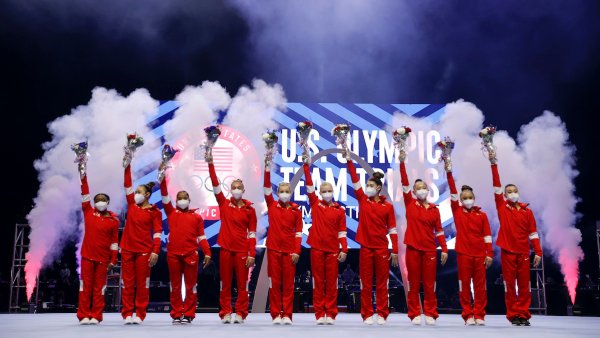 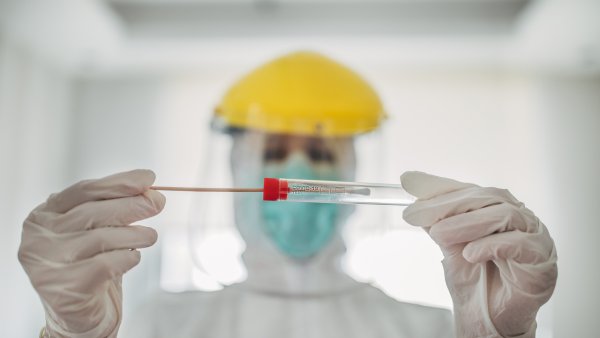 ‘Breakthrough' COVID Cases After Vaccines Are Rare and Expected. What You Need to Know

Kara Eaker is one of four alternates on the U.S. women's team. The others are Emma Malabuyo, Kayla DiCello and Leanne Wong. KSHB reported that Wong, 17, who is also from the Kansas City area, has tested negative but was also placed in quarantine due to contact with Eaker.