Meadowlark Lemon, the "clown prince" of basketball's barnstorming Harlem Globetrotters, whose blend of hook shots and humor brought joy to millions of fans around the world, has died. He was 83.

Lemon's wife and daughter confirmed to the team that he died Sunday in Scottsdale, Ariz., Globetrotters spokesman Brett Meister said Monday. Meister did not know the cause of death.

Though skilled enough to play professionally, Lemon instead wanted to entertain, his dream of playing for the Globetrotters hatched after watching a newsreel of the all-black team at a cinema house when he was 11. 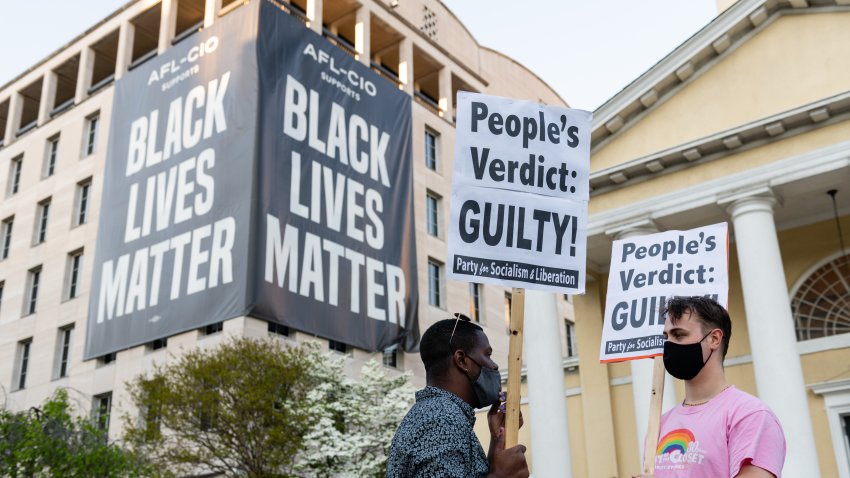 Here's What the George Floyd Justice in Policing Act Would Do

Lemon ended up becoming arguably its most popular player, a showman known as much for his confetti-in-the-water-bucket routine and slapstick comedy as his half-court hook shots and no-look, behind-the-back passes.

A sign of his crossover appeal, Lemon was inducted to both the Naismith Basketball Hall of Fame and the International Clown Hall of Fame.

"My destiny was to make people happy," Lemon said as he was inducted into the basketball hall as a contributor to the game in 2003.

Lemon played for the Globetrotters during the team's heyday from the mid-1950s to the late-1970s, delighting fans with his skills with a ball and a joke. Traveling by car, bus, train or plane nearly every night, Lemon covered nearly 4 million miles to play in over 100 countries and in front of popes and presidents, kings and queens. Known as the "Clown Prince of Basketball," he averaged 325 games per year during his prime, that luminous smile never dimming.

"Meadowlark was the most sensational, awesome, incredible basketball player I've ever seen," NBA great and former Globetrotter Wilt Chamberlain said shortly before his death in 1999. "People would say it would be Dr. J or even (Michael) Jordan. For me it would be Meadowlark Lemon."

Lemon spent 24 years with the Globetrotters, doing tours through the racially-torn South in the 1950s until he left in 1979 to start his own team.

He was one of the most popular athletes in the world during the prime of his career, thanks to a unique blend of athleticism and showmanship.

Playing against the team's nightly foil, the Washington Generals, Lemon left fans in awe with an array of hook shots, no-look passes and the nifty moves he put on display during the Globetrotters' famous circle while "Sweet Georgia Brown" played over the loudspeaker.

He also had a knack for sending the fans home with a smile every night, whether it was with his running commentary, putting confetti in a water bucket or pulling down the pants of an "unsuspecting" referee.

"We played serious games too, against the Olympic teams and the College All-Stars," Lemon said. "But that didn't stop us from putting the comedy in there."

Lemon became an icon in the 1970s, appearing in movies, including "The Fish That Saved Pittsburgh," numerous talk shows and even a stint in the cartoon "Scooby Doo," with Scatman Crothers doing his voice.

Lemon spent the last years of his life trying to spread a message of faith through basketball. He became an ordained minister in 1986 and was a motivational speaker, touring the country to meet with children at basketball camps and youth prisons with his Scottsdale, Ariz.-based Meadowlark Lemon Ministries.

He never lost touch with his beloved sport. Lemon said he rose every day at 4 a.m. and, after prayers, headed for the gym to run sprints and practice shooting.

"I have to keep that hook shot working," he said.

Born in 1932, Meadow George Lemon III — he lengthened his name after joining the Globetrotters — didn't have money for a basketball when he was young, so he rigged up a makeshift hoop in his backyard in Wilmington, N.C. Using a coat hanger and onion sack for the basket, he made his first shot with an empty milk can.

Lemon first contacted the Globetrotters before his high school graduation and joined the team in 1954. He missed a game in 1955 because of a bad bowl of goulash in Germany, but that was the last one. What followed was a run, by his calculations, of more than 16,000 straight games that took him to places he never could have imagined.

"I was one of the most fortunate athletes that ever lived," he said. "I was able to watch history."