How Black History Is Taught in Schools Faces New Scrutiny

There is no national curriculum or set of standards for teaching Black history in America. Only a small number of states, including Arkansas, Florida, Illinois, Mississippi and New York, have laws requiring that it be taught in public schools

For decades, when it was discussed at all, the killing of hundreds of people in a prosperous Black business district nearly a century ago was referred to as the Tulsa race riot.

Under new standards developed by teachers, Oklahoma students are urged to consider the differences between labeling it a “massacre” or a “riot,” which is how it's still described in state laws. Typically in ninth and 11th grades, students also are encouraged to research survivors and learn their firsthand accounts of the 1921 violence.

“If that’s taught correctly, then any freshman has a context for how and why this kind of thing can happen in the United States of America,” said Aaron Baker, a history teacher in the Putnam City school district in Oklahoma City.

Georgetown Professor Soyica Colbert explains that Juneteenth and other milestones in African American history are not studied enough in schools – in part because the legacy of slavery contradicts the American self-identity of being a beacon of freedom.

The state’s new standards are going out to schools as a national conversation on racial injustice brings new scrutiny to how African American history is taught nationwide. Recent demonstrations over police brutality also are bringing awareness to an important holiday that isn't widely taught — Juneteenth. Celebrated Friday, it honors the day in 1865 that the last enslaved Black people learned they had been freed.

There is no national curriculum or set of standards for teaching Black history in America. Only a small number of states, including Arkansas, Florida, Illinois, Mississippi and New York, have laws requiring that it be taught in public schools. States set their own standards, and history survey courses often touch on slavery, Reconstruction, the rise of Jim Crow laws and the civil rights movement.

April Baker-Bell, an assistant professor at Michigan State University, explains that Black students are subjected to “linguistic racism” by a education system that holds up white, middle class language as the “gold standard” and looks down at Black speech as inferior.

Some experts and educators say Black history lessons focus too much on violence and suffering, instead of the systemic aspects of racism and white supremacy, while others say the past has been sanitized.

In Texas, the Board of Education recently approved a course on African American studies that will be an elective for high school students. A University of Texas professor involved in developing the curriculum, Kevin Cokley, said his college students say they are taught a sanitized version of Black history in high school.

“When I am teaching about slavery and how brutal it was, and sharing specific details, most of my students — natives of Texas — indicate they did not learn the specifics of slavery that I provide them in my course,” said Cokley, a professor of educational psychology and African and African diaspora studies. “Oftentimes they are shocked and angered to find they were not taught the information I am sharing with them.”

The massacre in Tulsa happened over the course of 16 hours, from May 31 to June 1, 1921, when white mobs attacked Black residents and businesses. As many as 300 people were killed, hundreds more injured and thousands were left homeless. Tulsa’s Black business district, known as Black Wall Street, was destroyed. 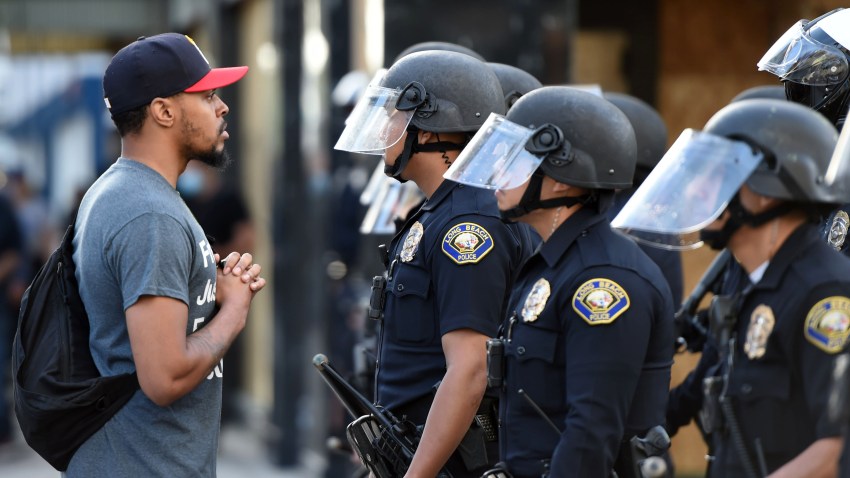 Should TV Shows About Cops Change the Way They Portray Policing? 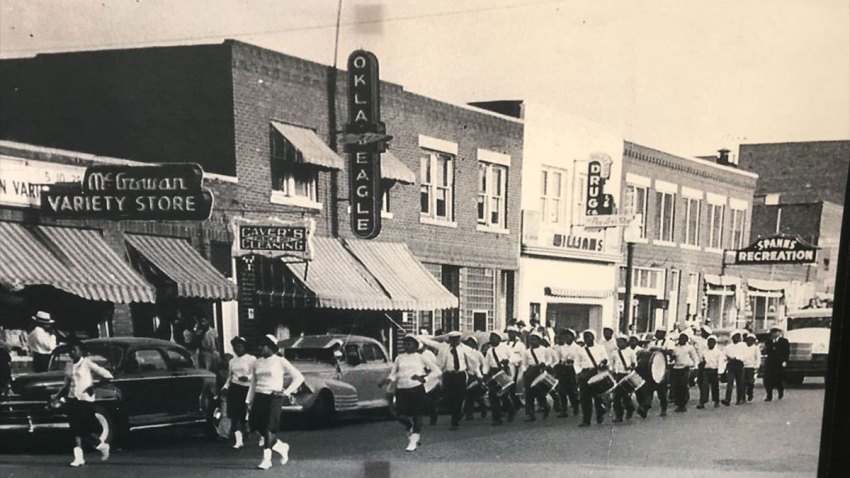 Oklahoma schools have been required to teach the massacre since 2002, although some people believed it wasn't being taught everywhere. Tulsa schools instituted new standards two years ago, which the state Education Department used as a guide.

The massacre largely wasn't discussed in Oklahoma until a commission was formed in 1997 to investigate the violence. The commission is led by state Sen. Kevin Matthews, a Tulsa Democrat who said the new teaching standards haven't faced opposition but that some people would have preferred to leave the massacre in the past.

“Older people called me and said, ‘Why do you want to bring this back up, this dirty secret?’” he said.

Matthews said his grandmother was a young girl in Tulsa during the massacre but never told him about the violence. He learned about it as an adult from his grandmother’s brother. 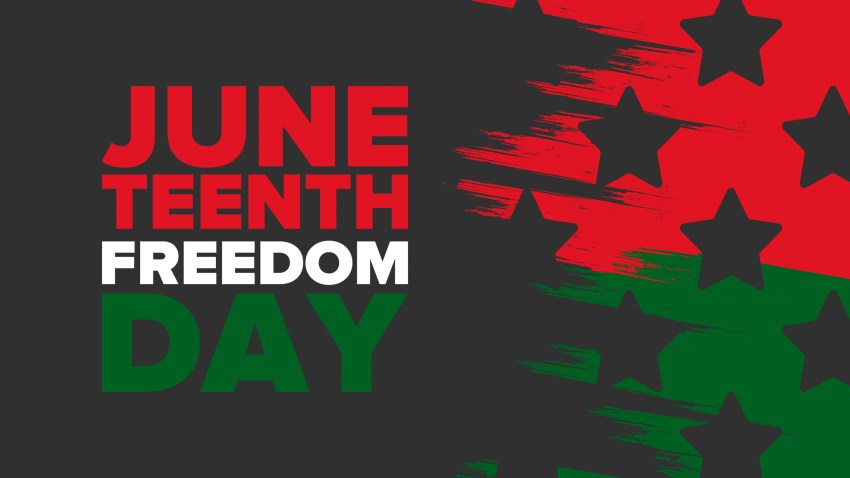 ‘As Important as the Fourth of July': Juneteenth Finally Getting Overdue Recognition

“It was like a movie, I couldn’t believe it happened here,” Matthews said.

LaGarrett King, director of the Carter Center for K-12 Black History Education at the University of Missouri, said he believes there is too much emphasis in the instruction of Black history on violence, which is often centered on racist groups such as the Ku Klux Klan in a way that doesn’t explore nuances or apathy toward Black deaths.

King provided training last year for 300 educators around the country who are interested in teaching Black history. He expects a virtual session this summer to have more participants than usual. He said that the growing interest makes him optimistic but that history needs to be framed differently. The push for diversity in education so far has led to mostly cosmetic changes, he said, without enough emphasis on the entry points and perspective of Black history.

“White people don’t acknowledge Juneteenth, but yet we’re supposed to be a country that believes in freedom. We have been taught July 4, 1776, is the real Independence Day, but it’s not,” King said. “The vast majority of Black people were still enslaved.” 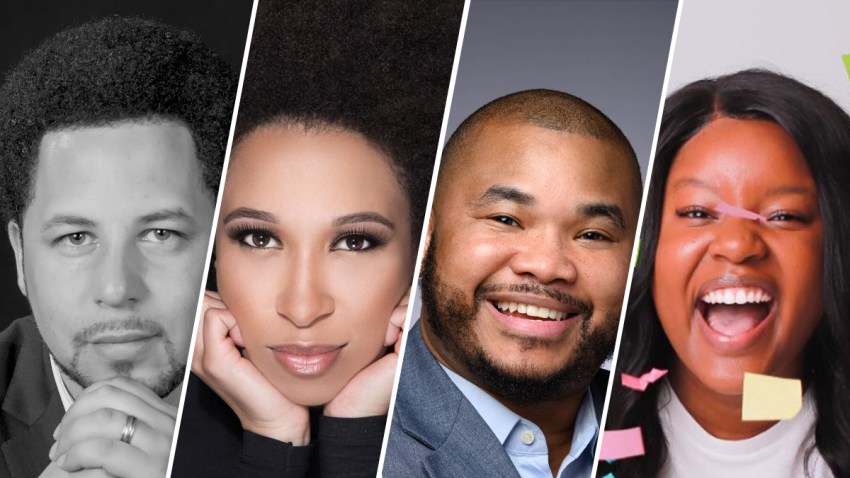 An Artist, Educator, Author and Dean Reflect on What It Means to Be an Ally

Lawrence Paska, executive director of the National Council for the Social Studies, said schools should be preparing to help walk students through questions about discrimination, protests and racial violence when they return in the fall.

“The notion of ‘Do we have a curriculum that is responsive to the needs and experiences of the students we have now?’ That is an important question schools need to be asking,” Paska said.