How to Give the Gift of Charity This Holiday Season

From the pandemic to earthquakes and fires, disasters struck in 2021. Here are some charities trying to help

With delivery delays likely and people yet to recover from the pandemic or the year’s fires and floods, a charitable donation on someone’s behalf could be a choice this holiday season.

Americans gave at a record level last year and experts hope that will continue this year as the stock market soars. Donations typically surge at the end of the year, from #GivingTuesday, which is the Tuesday after Thanksgiving, through the last day of December.

"We're in the second really unique giving season this year," said Alix Guerrier, chief executive of GlobalGiving, a nonprofit organization that connects donors to other nonprofits throughout the world. 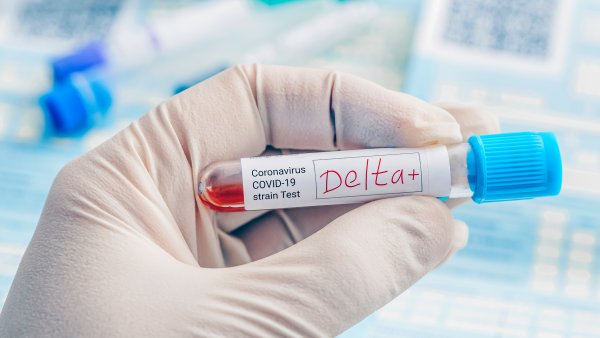 The pandemic still has its grip on the world, with vaccines available unevenly and economic recovery still shaky in places.

GlobalGiving focuses on community-led organizations that it vets in more than 170 countries, some quite small. Since 2002, it has raised $618 million from more than 1.3 million people.

"It's possible to give on behalf on somebody, so for example to an area or a theme that connects with them personally," he said.

Gift cards are available so that recipients can choose for themselves where to donate the money. Parents can make a donation on behalf of their children, as one of the presents they receive, Guerrier said.

"Trains and video games, yes, but also giving the gift of charity," he said. "Having that be the start of a thoughtful conversation around giving, that can be very much in line with other conversations of the season."

If you do decide to make a donation, choose carefully.

Consumer Reports offers tips for successfully giving in other people’s names, from considering whether they wouldn’t prefer a traditional gift to asking about possible charities in advance even if it spoils a surprise. You could even offer cash so they can make their own donation.

“I guess we don’t usually encourage people to give to a nonprofit instead of giving somebody a toaster,” said Jan Masaoka, the chief executive of the California Association of Nonprofits. “We’re very pro-toaster.”

“But I would say holiday is a time people reflect on their gratitude for what they have and thinking about helping people who don’t have the same kinds of things,” she said. “And those can be local people or international people as well as the people that speak out and stand up for them not just help them directly.”

Charitable giving reached a record $471 billion in 2020, with the pandemic, racial justice protests and the economic crisis driving donations, according to a Giving USA report. That represented a 5% increase over 2019.

At the same time fewer Americans have been making donations, a trend related to a shrinking middle class, higher college debt and falling membership in organized religion. Some people had not yet recovered from the Great Recession of 2008 when the pandemic struck, unequally across the country.

“The pandemic has created a sense of solidarity in the sense that we are all in this together, in the sense that we are all vulnerable to the virus,” said Amir Pasic, the dean of Indiana University’s Lilly Family School of Philanthropy, which wrote the report published by the Giving USA Foundation. At the same time we know that some of us are more vulnerable than others.”

More organizations experienced drops in overall donations in 2020 than in the preceding five-year period, according to a study from the Urban Institute’s Center on Nonprofits and Philanthropy called Nonprofit Trends and Impacts 2021. But a quarter of organizations saw their donations increase significantly while another fifth reported donations rose moderately. A quarter had a significant drop.

“There were swirling currents going in opposite directions,” said Elizabeth Boris, a center's founder director and now a fellow at the Urban Institute.

Nonprofits focused on racial justice or natural disasters did better, but “arts took a terrible hit,” she said.

What charities could you consider if you do like the idea of making donations instead of buying gifts? You may have your favorite charity or ones that are particularly meaningful for friends or relatives or are some focused on the upheavals of 2021.

GlobalGiving has these disaster funds: Flood relief in the Pacific Northwest and Canada's British Columbia, the Louisiana tornado relief fund, the Hurricane Ida relief fund, the Afghanistan emergency fund, the Haiti earthquake relief fund, wildfire relief funds for California and Australia and the U.S. coronavirus relief fund. One additional, unique fund, is for Madagascar as it faces what could be the world's first famine caused by climate change.

Then there are funds tackling longer term problems: The GlobalGiving's Girls Fund works for a gender-equal world and the the GlobalGiving Climate Action Fund.

Below are some other funds addressing the year's particular problems.

U.S. armed forces withdrew entirely from Afghanistan in August, bringing a close to a 20-year war, and prompting a rush of Afghan refugees into the United States.

To help refugees in the United States

Church World Service says on its website that since 2009, it has resettled more than 7,000 Afghans and their families in the United States. The service helps them to find housing, employment and other social services.

Homes Not Borders provides refugees, those with Special Immigrant Visas and asylum seekers in the Washington, D.C., area with what they need to be at home in the U.S., including household needs and help finding jobs.

To help people still in Afghanistan

The International Rescue Committee has worked in Afghanistan for more than three decades.

Islamic Relief USA is raising money to help families struggling with displacement and hunger. More than 3.5 million people have been uprooted as Afghanistan is on the brink of famine, it says on its website.

Hate crimes against Asians and Asian Americans rose more than 73% in 2020, according to the FBI. A poll in October from NPR, the Robert Wood Johnson Foundation and the Harvard T.H. Chan School of Public Health found that one in four Asian American feared that someone in their household would be attacked or threatened.

Here are two of the organizations that are responding:

More than 3 million acres burned in wildfires this year and more than 3,600 homes and other structures were damaged or destroyed in the blazes. The Dixie Fire was the second largest fire in the state's history after 2020’s August Complex fire.

The Center for Disaster Philanthropy helps communities across the state to rebuild after wildfires. It has awarded more than $3.8 million in grants across the state that prioritize medium- to long-term recovery especially among vulnerable residents.

The Latino Community Foundation helps Latino-led families displaced by wildfires across the state.

There are more organizations here.

The coronavirus pandemic upended lives for many people, putting jobs and homes at risk and drawing renewed attention to inequities in American society. Even as some people were able to continue their jobs from home and avoid the worst, others were on the fronts line, exposed the virus, often without medical insurance.

Other efforts have been focused on addressing hunger, including these:

This group makes sure that children are not singled out because their school lunch bills are unpaid:

Its president was shot to death in July, and a magnitude 7.2 earthquake struck in August. Haiti was already struggling with COVID and violence and will need emergency basics for years.

The organization has launched a fund to help communities rebuild and recover from the earthquake. To make a donation to the CDP Haiti Earthquake Recovery Fund, click here.