How Would Those Accused of Ukraine War Crimes Be Prosecuted?

Less than a month after Vladimir Putin’s order to drop the first bombs on his neighbor, the United States declared that Russian forces were committing war crimes in Ukraine

Each day searing stories pour out of Ukraine: A maternity hospital bombed in Mariupol. A mother and her children killed as they fled Irpin in a humanitarian corridor. Burning apartment blocks. Mass graves. A child dead of dehydration in a city under siege, denied humanitarian aid.

Such images have contributed to a growing global consensus that Russia should be held accountable for war crimes in Ukraine.

“The world’s strongmen are watching like crocodiles … We have to show tyrants around the world that rule of law is stronger than rule of gun,” said David Crane, a veteran of numerous international war crime investigations.

Even as the conflict rages, a vast apparatus is being built to gather and preserve evidence of potential violations of international laws of war that were written after World War II. Less than a month after Vladimir Putin’s order to drop the first bombs on his neighbor, the United States declared that Russian forces were committing war crimes in Ukraine. But it remains far from clear who will be held accountable and how.

Here’s a look at what war crimes are and what options exist for bringing those responsible to justice.

Beth Van Schaack, the State Department's ambassador-at-large for global criminal justice, on Wednesday said, “Secretary Blinken issued a statement that based on information that is currently available, the US. government assesses that Russian forces are committing war crimes in Ukraine.”

WHAT ARE WAR CRIMES?

A war crime is a violation of the laws of war. While the architecture of international criminal law has been built over decades, the concept is straightforward.

The core principles of international humanitarian law are enshrined in the Geneva Conventions, the bulk of which came into force after World War II, and the Rome Statute, which established the International Criminal Court in 1998.

They provide protections for civilians in times of war, as well as for prisoners of war and the wounded. Possible war crimes that have been reported in Ukraine: widespread destruction of people’s homes, firing on civilians as they evacuate through safe corridors, targeting hospitals, using indiscriminate weapons like cluster bombs in civilian areas, attacks on nuclear power plants, intentionally blocking access to humanitarian aid or basic needs like food and water.

But intention matters. Destroying a hospital alone is not evidence of a war crime. Prosecutors would have to show that the attack was intentional or at least reckless.

Crimes against humanity, which have been codified in the statutes of a number of international criminal tribunals, occur when a state launches a widespread or systematic attack against civilians involving murder, deportation, torture, disappearances or other inhumane acts.

The mass mobilization of Ukrainian citizens to fight off Russian invaders may complicate the case against Putin. Russia could try to use the blurred distinction between civilian and combatant as a justification for attacks on civilian areas.

Some examples of recent convictions:

—In 2012, the International Criminal Court convicted warlord Thomas Lubanga Dyilo of drafting and enlisting children under 15 years old to fight in an ethnic conflict in the Democratic Republic of Congo. He is serving a 14-year sentence.

—Radovan Karadžić, president of the Republika Srpska, a self-proclaimed Serb republic within Bosnia, was convicted of crimes against humanity, war crimes and genocide -- most notoriously, the murders of more than 7,000 people in Srebrenica in 1995. He is serving a life sentence imposed by the International Criminal Tribunal for the Former Yugoslavia.

—Jean-Paul Akayesu, a mayor convicted of genocide, crimes against humanity -- including rape -- and incitement to commit genocide in the 1994 Rwandan ethnic bloodbath. The International Criminal Tribunal for Rwanda sentenced him to life in prison. 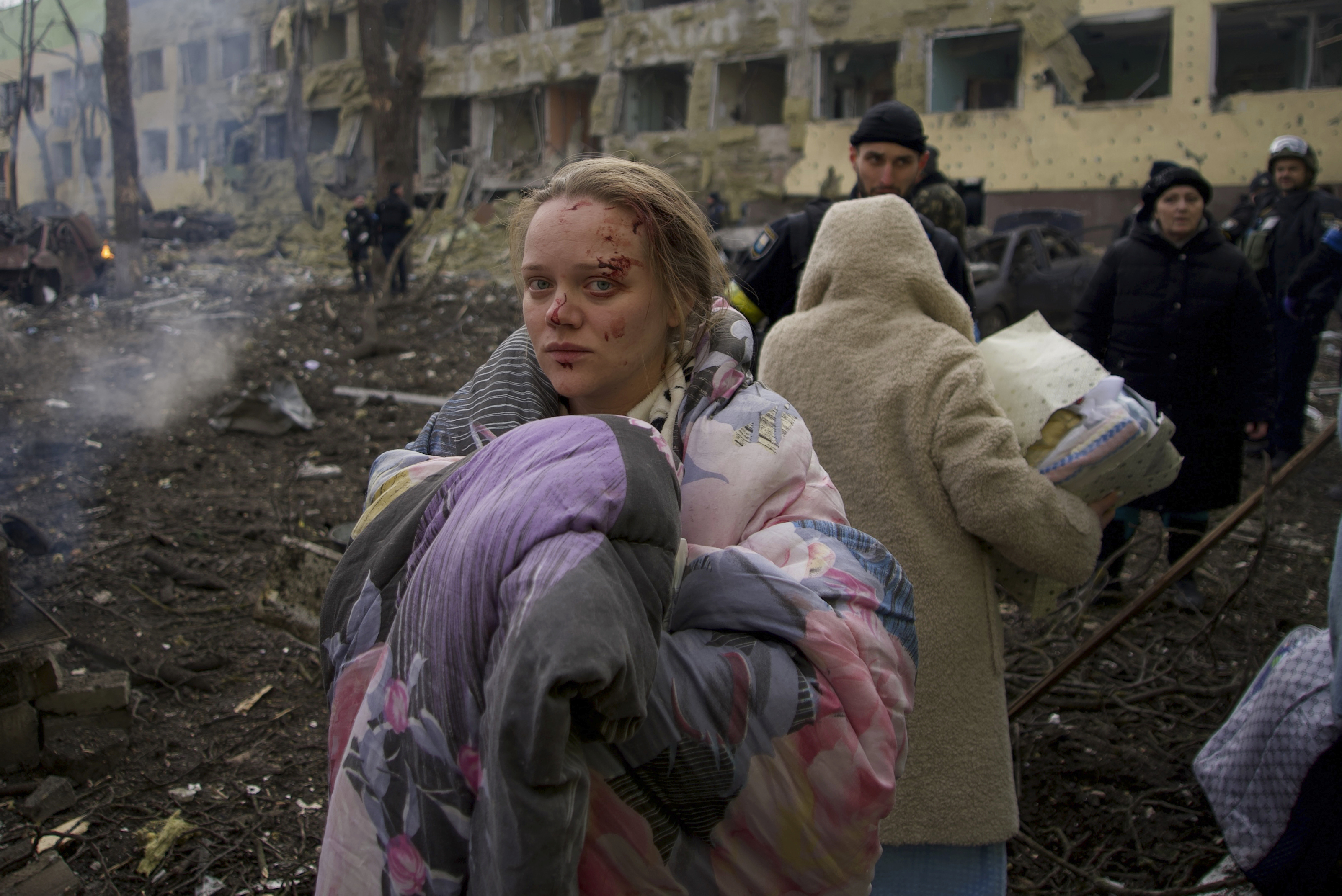 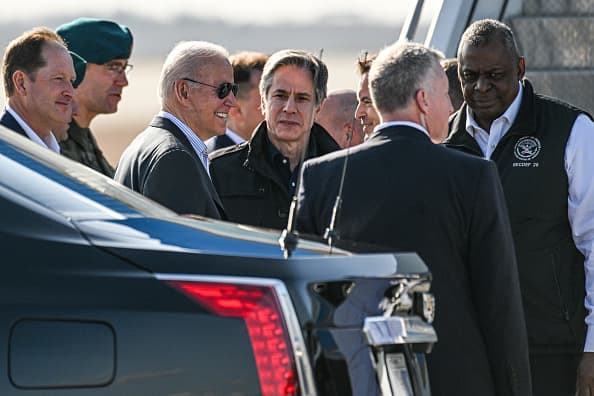 WHAT IS THE INTERNATIONAL CRIMINAL COURT?

The International Criminal Court, located in the Hague, can prosecute individuals for war crimes, crimes against humanity, genocide and the crime of aggression.

The court holds sway over its 123 member countries. Ukraine is not among them but has granted the ICC jurisdiction. On Feb. 28, the ICC’s chief prosecutor, Karim Khan, announced that he would investigate suspected atrocities in Ukraine after an unprecedented 39 member states asked him to do so. Since then, more states have signed on to that request.

“There is a reasonable basis to believe that both alleged war crimes and crimes against humanity have been committed in Ukraine,” Khan said at the time.

There are important limitations to what the ICC can do. It doesn’t have the power to investigate Russia for what judges at the Nuremberg tribunal after World War II called the “supreme international crime,” the crime of aggression -- that is, the decision to wage a ruthless, unprovoked war against another country, which international lawyers say would be the easiest way to hold Putin accountable.

That’s because Russia, like the United States, isn’t a party to the ICC.

When the ICC statute was amended to include the crime of aggression, the United States, Russia and China pushed for – and got -- a carveout to protect citizens of countries that have not signed on to the court from being prosecuted on that charge. The U.N. Security Council can override that by voting to refer a matter to the ICC, but Russia has a seat on the Security Council and could easily torpedo any such initiative.

Another limitation of the ICC is that the court cannot try people in absentia.

“There would be no trial at the ICC of Putin until he is physically present in the courtroom,” said David Scheffer, who was the first ever U.S. Ambassador at Large for War Crimes Issues and led the U.S. delegation at talks establishing the International Criminal Court.

But the ICC could indict Putin even if he stays put in Moscow and issue an international warrant for his arrest, Scheffer said. That would seriously curtail Putin’s overseas travel and damage his standing both at home and abroad.

Vice President Kamala Harris was in Poland on Thursday and embraced calls for an investigation into possible Russian war crimes in Ukraine.

HAVE ANY COURTS ALREADY MOVED AGAINST RUSSIA FOR ITS ACTIONS IN UKRAINE?

Yes. On March 1, the European Court of Human Rights, in Strasbourg, told Russia to stop attacking civilians and bombing people’s homes, hospitals and schools and start ensuring civilians safe evacuation routes and access to humanitarian aid. Then, on Mar. 16, the U.N.’s highest court, the International Court of Justice, ordered Russia to suspend military operations in Ukraine. Both courts consider violations by states, rather than individuals.

“There is no international police or international military force that can support any international court judgment,” said Ivan Lishchyna, an adviser to Ukraine’s Ministry of Justice who helped Ukraine make its case at the European Court of Human Rights. “It’s not like you receive a judgment and everything gets peaceful and quiet and everyone is punished for violating international law. It’s much more complicated.”

Many Ukrainians, including Lishchyna, would like to see Russia pay for its transgressions and cover the massive cost of repairing damage wreaked by its bombs. “If compensation were paid, I would consider that I did something good in my life,” Lishchyna said.

The ECHR could order Russia to pay compensation. But the only leverage the ECHR would have if Russia didn’t pay up would be to exclude it from the Council of Europe – which already happened on March 16. The ICJ could also order Russia to pay reparations, but the U.N. Security Council – where Russia holds a permanent seat and veto power – would have to enforce the judgment.

Scholars, prosecutors and politicians have started discussing whether Russian assets frozen under global sanctions could be used in the future to pay reparations to Ukraine.

CAN OTHER COUNTRIES PROSECUTE RUSSIAN OFFICIALS FOR WAR CRIMES, EVEN IF THEY’RE NOT DIRECTLY IMPACTED?

Yes. Poland, Germany, Lithuania, Latvia, Estonia, France, Slovakia, Sweden, Norway and Switzerland all opened independent investigations into Russia’s activity in Ukraine within the first month of the conflict. They can do so under the legal concept of “universal jurisdiction,” which allows countries to use domestic courts to prosecute individuals for grave violations of international law, like crimes against humanity, torture and war crimes – even if they are committed abroad by foreign perpetrators against foreign victims.

This approach has produced results in the past. So far, the only convictions of Syrian government officials for atrocities committed during the country’s long-running civil war have been handed down by German courts. Courts in other European countries also have convicted members of armed groups in Syria, including Islamic State militants, for crimes committed during the war.

Within the first month of Russia’s war against Ukraine, Polish prosecutors said they had collected some 300 witness testimonies from refugees pouring over the border. In March, Poland, Lithuania and Ukraine agreed to set up a joint international investigative team on Russian war crimes in Ukraine. Efforts have been ongoing to expand the scope of that collaboration.

While the ICC typically only tries a handful of high-profile cases, prosecutions in national courts can cast a wider net and hold more people accountable. But they too have a limitation: Sitting heads of state, like Putin, and senior officials, like Russia’s foreign minister, Sergey Lavrov, generally have immunity from prosecution in other countries, said Ryan Goodman, professor of law at New York University and former special counsel at the Department of Defense.

“This probably knocks out of contention the independent national jurisdictions of Germany, Poland etc. in getting Putin, Lavrov and maybe others,” Goodman said. “But they’d be able to go after a lot of other senior Russian officials.”

But as top government officials, Putin and Lavrov would likely be immune from prosecution in Ukrainian courts.

ARE THERE ANY OTHER OPTIONS?

Yes. The Nuremberg Tribunal, set up after WWII to try Nazi war criminals, looms large as an example of how Putin could be held accountable by a court set up specifically for that purpose. And special tribunals were established to investigate crimes in Yugoslavia and Rwanda, among other places.

In theory, such a court could do what the ICC cannot: Prosecute Putin for the crime of aggression, even if he stays in Russia.

In early March, a campaign to create a special tribunal to investigate the crime of aggression against Ukraine, dubbed Justice for Ukraine, kicked off and quickly gained momentum. More than 140 prominent lawyers, scholars, writers and political figures, including Ukrainian Foreign Minister Dmytro Kuleba, former British Prime Minister Gordon Brown and a former prosecutor for the Nuremberg tribunal, have signed on. A public petition in support of the effort got over 1.3 million signatures within weeks.

Criticisms of this approach include that it could take too long to set up, cost too much money, lack legitimacy and create the appearance of selective justice. Why, some argue, should there be a special tribunal for Russian aggression in Ukraine when there wasn’t one against the U.S. and its allies for invading Iraq?

But others say Putin’s attack on Ukraine has shown just how inadequate existing legal options are and that a new approach is urgently required.

“Since World War II we haven’t had a case of brazen, large-scale aggression by one sovereign European nation against another,” said Mykola Gnatovsky, a prominent Ukrainian lawyer and professor who has been tapped by Ukraine’s foreign ministry to help craft a new Nuremburg-style tribunal for Russian aggression. “Accountability is important because accountability is a way to prevent this in the future.”

Associated Press reporters Monika Scislowska in Warsaw, Josh Goodman in Miami and Sarah El-Deeb in Beirut contributed to this report.