The video posted to Instagram shows a man, sitting in a vehicle parked behind an LAPD patrol car, holding what appears to be a handgun

Police have identified the man seen in a posted video holding a gun while in a car parked behind a Los Angeles Police Department unit, and his attorney is making arrangements for the man to surrender, Chief Charlie Beck said Tuesday.

The department investigated the posting as a threat, but has now concluded the video was intended as some form of "entertainment" and promotion for the comeback of "an early 90s rap group no longer in fashion" and did not signal any attempt to harm, according to a department statement.

However, brandishing a loaded gun in a vehicle can be prosecuted as a felony. The individual has a previous conviction for doing so, the statement said.

Police are not identifying the man or the rap group before his surrender. However, the website PoliceOne.com has reported that the video was posted originally on the Instagram page @Brownsider_Klever, which has postings related to the rap group Brownside, formed in the early 1990s. The video posting has since been taken down. A representative of Brownside has yet to be located for comment. 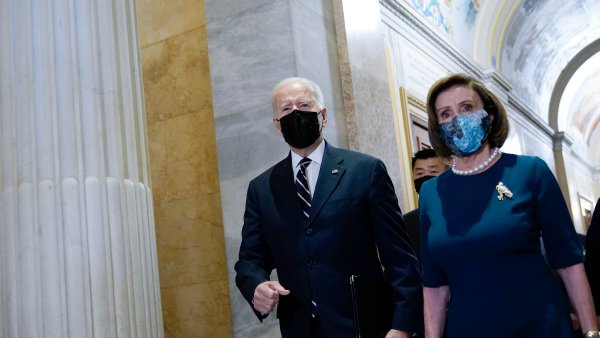 During the execution of a search warrant in Downey, another man was taken into custody on an unrelated charge, Beck said. Investigators believe there were three persons in the car at the time of the recording.

"The film was made and posted on social media to ignite a comeback by the rap group," the statement continued. "One suspect was identified who had a prior conviction for carrying a firearm. A felony warrant for his arrest for carrying a firearm in a vehicle with a prior, accompanied by a search warrant was obtained by investigators and was executed by SWAT in the city of Downey."

The video, posted under the heading "F___ the Police," shows the point of view of someone sitting in a vehicle behind a parked LAPD unit. Investigators determined the location was south of the civic center on Los Angeles Street at Winston Street. The camera looks down to see a hand turning over a loaded revolver, then looks up to see an officer exiting the patrol car.

"We took this very seriously," said Chief Beck, recounting how officers were notified and, as a precaution over the weekend, officers who ordinarily work alone were assigned to pair up with partners.

Chief Beck confirmed that two officers involved in a fatal shooting in Van Nuys Saturday night were aware of the video. The shooting occurred after the rear window of their patrol unit was blown out. Officers thought it had been shot out by gunfire. Investigation determined a bottle had been thrown at the window by a man in the street. The officers opened fire and the man was killed.

It was the 18th fatal LAPD shooting this year.

Use of force investigations invariably take several months. But Beck said it is clear to "anybody with empathy" that there were reasons for officers to feel they were coming under attack.

Twice during roll call, the officers had been told about the video, and also warned they might be ambushed from behind, the attorney representing the officers told the Los Angeles Times. They believed they were being targeted by gunfire, attorney Gary Fullerton was quoted as saying.

Jamie McBride, a director of the Los Angeles Police Protective League, took the posting as a threat and issued a statement before the conclusion it was an entertainment promotion.

"It's very troubling to see this kind of activity. Obviously, this person is a coward. I can guarantee you if he does another stupid act like this again, and actually pulls the trigger in front of an LAPD officer, he will be shot," McBride said Monday.

NBC4's Corey Arvin and Robert Kovacik contributed to this report.