The shooter, Curtis Edward Smith, was charged with assisted suicide, insurance fraud and several other counts in the Sept. 4 shooting of Alex Murdaugh

A prominent South Carolina lawyer who found the bodies of his wife and son three months ago tried to arrange his own death earlier this month so his son would get a $10 million life insurance payment, but the planned fatal shot only grazed his head, state police said Tuesday.

The shooter, Curtis Edward Smith, was charged with assisted suicide, insurance fraud and several other counts in the Sept. 4 shooting of Murdaugh on a lonely highway in Hampton County, the State Law Enforcement Division said in a statement.

Murdaugh was not charged Tuesday night, but agents said more charges were expected.

Murdaugh gave Smith the gun to kill him and he followed Murdaugh to Old Salkehatchie Road firing one shot at the lawyer as he stood in the road, an agent said in a sworn statement.

But that bullet only grazed Murdaugh's head and he was able to call 911 for help, authorities said. Murdaugh's lawyer said last week his skull was fractured by the bullet. Accused of Misusing Funds, Lawyer Who Was Shot After Wife and Son Were Killed Leaves SC Firm 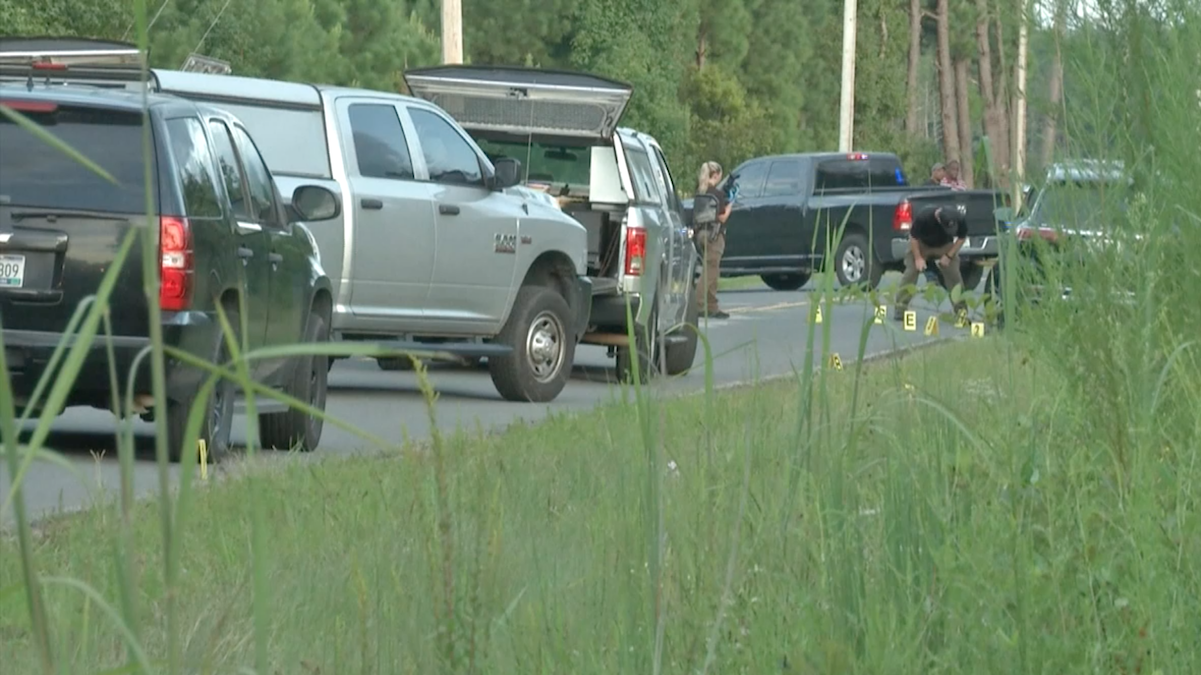 Murdaugh wanted Smith to kill him so his surviving son would get his $10 million life insurance policy, state agents said.

Smith drove off after the shooting and disposed of the gun, authorities said.

Harpootlian said Murdaugh, who is in an out-of-state rehab facility for an opioid addiction, was trying to get off the drugs and in a "massive depression" over the deaths of his wife and son when he decided to end his life because he "realized that things were going to get very very bad."

"He believed his $10 million policy had a suicide exclusion…so he arranged for this guy to shoot him," Harpootlian said, adding that Murdaugh was in a "dark place and wanted to help his remaining son in any way he could. And he thought this was the only way he could leave him with anything."

Murdaugh said last week through a family spokesman that he pulled over after his Mercedes SUV's low tire pressure light came on. A man passing by in a pickup truck asked if he was having car trouble and then shot at him.

Agents said Smith, 61, confessed Tuesday and was charged with assisted suicide, assault and battery of a high aggravated nature, pointing and presenting a firearm, insurance fraud, conspiracy to commit insurance fraud, distribution of methamphetamine and possession of marijuana.

It wasn't immediately known if he had a lawyer to speak on his behalf. According to Harpootlian, Smith knew Murdough because "was also providing him with the drugs."

"For the last 20 years, there have been many people feeding his addiction to opioids. During that time, these individuals took advantage of his addiction and his ability to pay substantial funds for illegal drugs," Harpootlian and Jim Griffin, another attorney for Murdaugh, said in a statement early Wednesday. "One of those individuals took advantage of his mental illness and agreed to take Alex's life, by shooting him in the head."

Still unsolved are the June 7 killings of 52-year-old Maggie Murdaugh and her 22-year-old son Paul Murdaugh. Alex Murdaugh discovered the bodies of his wife and son at their Colleton County home. Both had been shot multiple times.

Murdaugh announced two days after the shooting he was going into rehab for an opioid addiction. He apologized to his family and said he was leaving his law firm.

“The murders of my wife and son have caused an incredibly difficult time in my life. I have made a lot of decisions that I truly regret," Murdaugh said without going into details.

A few hours later, the PMPED Law Firm announced Murdaugh had taken money from the business and was fired from the firm. The amount of money has not been announced.

Harpootlian told NBC's Craig Melvin that Murdaugh said he spent the "vast majority" of the money on drugs.

Asked whether there was a connection between the deaths of Maggie and Paul Murdaugh and the roadside shooting, Harpootlian said, "I don't think so."

Harpootlian claimed that Murdaugh's legal team is investigating “and individual or some individuals" who may have been involved in the murders of Maggie and Paul for a "personal" motive.

"We think we'll know this week whether the one suspect we're looking at bears further scrutiny, and we'll make that information available to law enforcement," Harpootlian said.

Along with the killings of Maggie and Paul Murdaugh and the shooting of Alex Murdaugh, the State Law Enforcement Division is also investigating the missing money, whether anyone tried to obstruct an investigation into a 2019 boat crash which Paul Murdaugh was eventually charged and a July 2015 hit-and-run death in Hampton County.

Later Wednesday, state police opened a sixth investigation into Murdaugh and his family, looking into the 2018 death of Gloria Satterfield, a housekeeper and nanny who, according to a wrongful death settlement, was killed in a trip-and-fall accident at the Murdaugh home that was never reported to the local coroner and was listed as a natural death. She had worked as a nanny and housekeeper for them for two decades.

Murdaugh's father, grandfather and great-grandfather all held the office of solicitor in the area for more than 80 years and other family members were prominent civil attorneys in the region.