The suspect's parents are accused of intentional, reckless and negligent conduct that led to the mass shooting

A teenager charged with killing four students at a Michigan high school will pursue an insanity defense, his lawyers said in a notice filed Thursday as he, his parents and school officials faced a new lawsuit over the attack at Oxford High School.

The notice, listed in a summary of case filings, should lead to mental health exams of 15-year-old Ethan Crumbley, who is charged as an adult with murder and other crimes for the shooting, which also wounded six other students and a teacher. Experts will consider whether the teen understood the wrongfulness of his conduct on the day of the shooting.

The lawsuit, meanwhile, was announced on behalf of the parents of Tate Myre, who was slain Nov. 30, and other students who witnessed the shootings. It alleges negligence by school officials and Crumbley's parents over the attack. 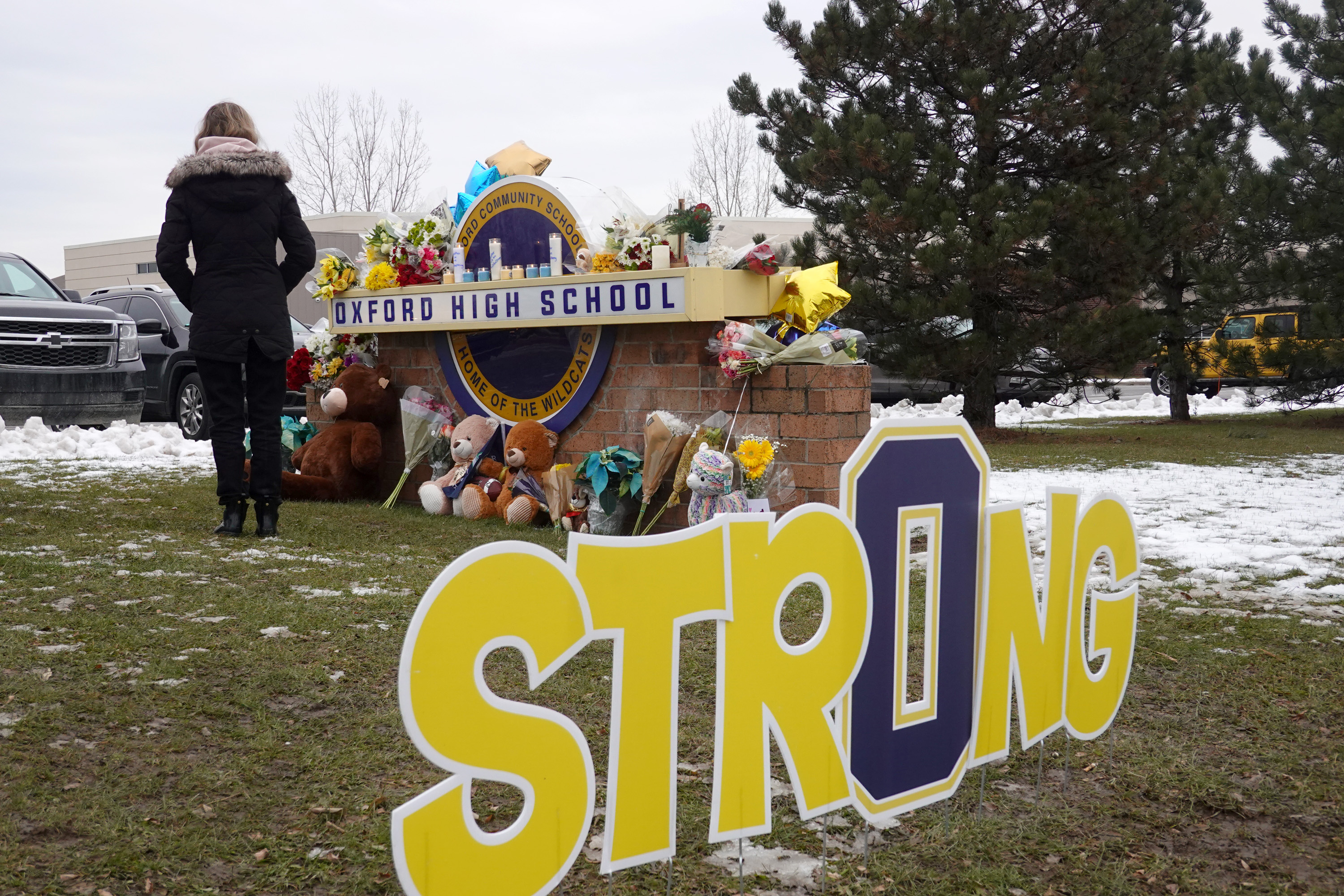 “We're sad and heartbroken — our lives forever changed,” William Myre said at a news conference. “Our family will never be the same. We're not doing good. All we do is walk around the house and think about Tate. We think about him every day. We sit in his room. We listen to his playlist off Spotify. We’re not doing good, but we’re going to find a way to get through it together."

The lawsuit, which seeks at least $25,000, names Oxford High School's dean of students, two counselors and three teachers as defendants. Crumbley and his parents also are named as defendants.

The lawsuit was filed Thursday in Oakland County Circuit Court on behalf of Tate Myre's parents, William and Sheri. Also named as plaintiffs are Chad and Meghan Gregory, whose son, Keegan, was hiding in a school bathroom with Justin Shilling when Shilling was fatally shot.

The lawsuit also was filed on behalf of Lauren Aliano, whose daughters, Sophia Kempen and Grace Kempen, were hiding in classrooms during the shooting.

Ethan Crumbley is being held in the Oakland County Jail.

The notice filed Thursday by his attorneys will lead to exams by the state Center for Forensic Psychiatry and experts retained by the defense and the prosecutor’s office. Judge Kwame Rowe could also order an exam by another expert.

“This is absolutely appropriate to do. I doubt anyone is surprised by it,” said Margaret Raben, a Detroit-area defense attorney not involved in the case. “All of this is going to take time. The forensic center is jammed, jammed, jammed with work.”

After the reports are in, it will be up to the judge to decide if an insanity defense can go forward, Raben said.

Under Michigan law, if someone is found not guilty by reason of insanity, they don’t walk free. They must be referred to a state psychiatric center for custody and further evaluation.

Someone who is found guilty but mentally ill still would be sentenced to prison but with recommendations that they get treatment.

The prosecutor's office said a request for an evaluation of Ethan Crumbley's criminal responsibility from his attorney was expected and standard procedure.

School officials became concerned about Ethan Crumbley a day before the shooting, when a teacher saw him searching for ammunition on his phone. Jennifer Crumbley was contacted and subsequently told her son in a text message: “Lol. I’m not mad at you. You have to learn not to get caught,” according to Oakland County Prosecutor Karen McDonald.

The day of the shooting, a teacher found a note on Ethan’s desk and took a photo. It was a drawing of a gun pointing at the words, “The thoughts won’t stop. Help me,” McDonald said in December.

The drawing also featured a person who appeared to have been shot twice and is bleeding. “My life is useless” and “The world is dead," were written.

The gun used in the shooting was bought days before by James Crumbley and their son had full access to it, according to authorities.

McDonald has said that James and Jennifer Crumbley committed “egregious” acts, from buying a gun on Black Friday and making it available to Ethan Crumbley to resisting his removal from school when they were summoned a few hours before the shooting.

James and Jennifer Crumbley, later were charged with involuntary manslaughter.

Detroit-area attorney Ven Johnson, who is representing parents in the lawsuit filed Thursday, said Ethan Crumbley knew what he was doing and “clearly he was disturbed,” but his parents did nothing.

Chad Gregory recounted during Thursday's news conference what his son witnessed during the shooting.

Keegan Gregory was texting his family from a bathroom stall where he and Shilling were hiding.

“He was in that bathroom for five minutes,” Chad Gregory said. “He was in there with a shooter who had just killed, wounded, injured. Justin gave him a plan that ‘if we get a chance, we will run.’"

“He called them out one-by-one and Justin happened to be the first,” said Chad Gregory, adding that after Shilling was shot, Keegan was able to flee the bathroom.

The school, in Oakland County, is about 30 miles (50 kilometers) north of Detroit. It reopened Monday with its interior renovated since the shooting.

In December, Jeffrey and Brandi Franz filed a pair of lawsuits in federal court and county circuit court seeking $100 million each against the district. Their 17-year-old daughter, Riley, was shot in the neck. Her 14-year-old sister, Bella, a ninth grader, was next to her at the time she was shot.

Their lawsuit says school officials and high school staff didn't do enough to prevent the shooting and protect students.

The parents of the Michigan teen charged with killing four students at Oxford High School were found hiding in a Detroit warehouse after police were tipped off. A judge imposed a combined $1 Million bond.

The story has been updated to correct the spelling of the Myre family’s last name on some instances.