Floyd, a Black man who was handcuffed, died May 25 after Derek Chauvin, a white police officer, pressed his knee against Floyd’s neck for nearly eight minutes

A Minnesota judge on Tuesday lifted a gag order in the criminal case against four former officers charged in death of George Floyd, but said he would take under advisement a news media coalition's request to make body camera footage more widely available.

In announcing his ruling, Hennepin County District Court Judge Peter Cahill said he agreed with defense attorneys' arguments that a gag order would be unfair to their clients and limit their ability to defend against negative publicity.

Cahill also said the gag order wasn’t working, adding that certain parties were attempting to “tiptoe around the order," and some media outlets spoke to anonymous sources. The judge said attorneys would still be subject to Minnesota court rules relating to pretrial publicity and professional conduct.

Also on Tuesday, Cahill ruled that he would not hold the lead prosecutor in the case, Attorney General Keith Ellison, in contempt of court as two defense attorneys requested. Cahill determined that a statement Ellison made when he announced that additional attorneys would be assisting the prosecution was innocuous and did not violate the gag order.

Police body camera videos were filed with the court this month by Lane’s attorney, Earl Gray, as part of a request to have Lane’s case dismissed. Gray said he wanted the videos to be made public— prompting Cahill to issue the gag order barring attorneys and parties from discussing the case.

Cahill made the videos available for in-person, by-appointment viewing only.

Leita Walker, an attorney for the news media coalition which includes The Associated Press, and Gray both argued Tuesday for wider dissemination of the body camera footage. Walker said making the footage widely available would not further harm the court’s effort to impanel a jury because the public already has access to bystander video, transcripts of the footage and reporting by press who watched the videos. 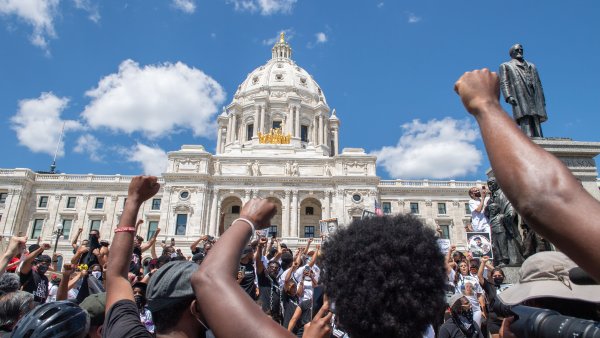 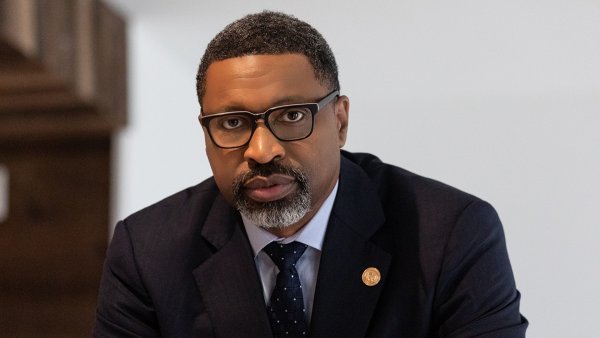 Derrick Johnson on This Moment: ‘Unlike Anything We've Ever Seen'

“This case has international interest. To expect every member of the media to fly to Minneapolis and schedule an appointment ... during quarantine is a de facto sealing,” Walker told the judge.

Speaking to reporters after the hearing, Walker said: “The media coalition’s view is that there’s a lot of stuff already out there and the public is entitled to a complete picture ... the media can only report a full story if it’s able to see everything and talk to both sides.”

Assistant Attorney General Matthew Frank argued for the prosecution that releasing the body camera footage could have a negative impact on impaneling an impartial jury.

The issue of whether audio and visual coverage of the trial will be allowed was also discussed at the hearing. The defendants’ attorneys made no objection. Frank said prosecutors will weigh in on that issue by day's end Monday.

Mohamed Ibrahim is a corps member for the Associated Press/Report for America Statehouse News Initiative. Report for America is a nonprofit national service program that places journalists in local newsrooms to report on undercovered issues.