At 55 years old, Barbie - one of the world's most famous mannequins - is finally gracing the cover of Sports Illustrated's annual Swimsuit Issue.

Barbie stars in a special advertorial dreamed up by toy maker Mattel and the editors at Sports Illustrated. It's the doll's first appearance in the magazine and she'll take her place alongside Swimsuit Issue legends Heidi Klum, Christie Brinkley, Kathy Ireland and Kate Upton.

The special promotional campaign featuring Barbie as a doll-sized version of the issue's real-life supermodels forms part of the magazine's 50th anniversary special edition on sale Tuesday. In the issue Barbie wears an updated version of her black-and-white bathing suit she sported when first introduced in 1959.

Sports Illustrated's partnership with Mattel, however, has raised eyebrows thanks to the theme of the campaign: "Unapologetic." 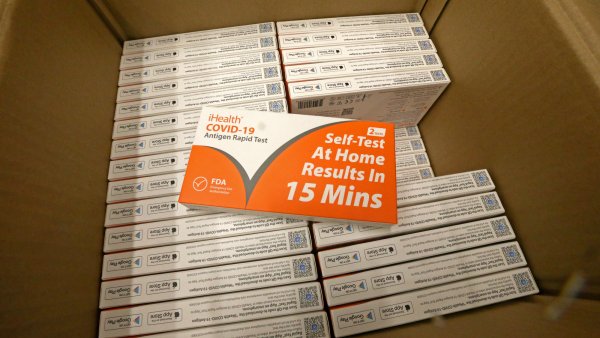 Promotional activities surrounding the appearance include social media campaigns on platforms such as Twitter and a billboard in Times Square, all featuring "#Unapologetic."

"As a legend herself, and under constant criticism about her body and how she looks, posing in" the issue "gives Barbie and her fellow legends an opportunity to own who they are, celebrate what they have done and be #unapologetic," Mattel said in a statement.

Barbie will appear in a four-page advertising feature in the magazine, associated video clips and a cover wrap that will grace 1,000 copies of the issue heralding her as "The Doll That Started It All."

To coincide, a limited-edition Sports Illustrated Barbie will be sold exclusively on Target.com.

Both the doll and the Swimsuit Issue have sometimes been criticized for fueling unrealistic expectations about women's bodies, and the brand partnership ignited an online debate Tuesday after word of her cover announcement began appearing on websites.

"With this collaboration, Mattel and Sports Illustrated have, intentionally or not, guaranteed that most of the discussion about Barbie and the swimsuit issue will be focused around body image and beauty standards," wrote Amanda Marcotte in a Slate.com article titled: "The Problem Isn't Barbie in the Swimsuit Issue. The Problem is the Swimsuit Issue."

"What the Hell?! How are these things approved?!" tweeted Terra Clarke Olsen.

Others found humor in the announcement:

"Mattel & SI are taking a 'meta' view of their own sexism & goofing on it," commented Steve Weinstein in regards to an article on AdWeek. "This is kind of wonderful."

Everyone deserves to have their body celebrated, including @Barbie. #Unapologetic | (via @nytimes) http://t.co/VCMo3uw8PV — Kelly Olejnik (@kellyolejnik) February 12, 2014