Francis’ comments spoke of healing but not of apology

Pope Francis on Sunday expressed his pain over the discovery in Canada of the remains of 215 Indigenous students of church-run residential schools and pressed religious and political authorities to shed light on “this sad affair.” But he didn’t offer the apology sought by the Canadian prime minister.

Francis, in remarks to faithful gathered in St. Peter's Square, also called on the authorities to foster healing but made no reference to Prime Minister Justin Trudeau's insistence, two days earlier, that the Vatican apologize and take responsibility.

From the 19th century until the 1970s, more than 150,000 Indigenous children were forced to attend state-funded Christian schools, the majority of them run by Roman Catholic missionary congregations, in a campaign to assimilate them into Canadian society.

The Canadian government has admitted that physical and sexual abuse was rampant in the schools, with students beaten for speaking their native languages.

"Invisible Choir” is shedding light on crimes against Native Americans that often don’t get the attention they deserve. NBCLX welcomed the founder of the true-crime podcast, Michael Ojibway, to talk about a shocking case of murder and fetal abduction featured in one of the episodes.

Ground-penetrating radar was used to confirm the remains of the children at the Kamloops Indian Residential School in Kamloops, British Columbia, last month. The school was Canada's largest such facility and was operated by the Catholic Church between 1890 and 1969.

"I am following with pain the news that arrives from Canada about the upsetting discovery of the remains of 215 children," Francis said in his customary Sunday noon remarks to the public.

“I join with the Canadian bishops and the entire Catholic Church in Canada in expressing my closeness to the Canadian people traumatized by the shocking news,'' Francis said.

”This sad discovery adds to the awareness of the sorrows and sufferings of the past," he added.

Trudeau on Friday blasted the church for being “silent” and “not stepping up,″ and called on it to formally apologize and to make amends for its prominent role in his nation’s former system of church-run Indigenous residential schools.

Pope Francis denounced racism Sunday, the day the United Nations marks as the International Day for the Elimination of Racial Discrimination.

He noted that when he met with Francis at the Vatican in 2017, he had asked him to ”move forward on apologizing” and on making records available. But, Trudeau said, “we’re still seeing resistance from the church, possibly from the church in Canada.”

Chief Rosanne Casimir of the Tk’emlups te Secwepemc First Nation in British Columbia has said her nation wants a public apology from the Catholic Church. The Missionary Oblates of Mary Immaculate, which ran nearly half of Canada’s residential schools, has yet to release any records about the Kamloops school, she also said.

Francis’ comments spoke of healing but not of apology.

“May the political and religious authorities continue to collaborate with determination to shed light on this sad affair and to commit humbly to a path of reconciliation and healing,″ Francis said.

“These difficult moments represent a strong call to distance ourselves from the colonial model and from today’s ideological colonizing and to walk side by side in dialogue, in mutual respect and in recognizing rights and cultural values of all the daughters and sons of Canada,” the pope said.

“Let's entrust to the Lord the souls of all those children, deceased in the residential schools of Canada,'' the pontiff added. "Let us pray for the families and for the indigenous Canadian communities overcome by sorrow.” Francis then asked the public in the square below his window to join him in silent prayer.

Last week, the Vatican spokesman didn't respond to requests for comment about the demands for a formal apology from the pope. 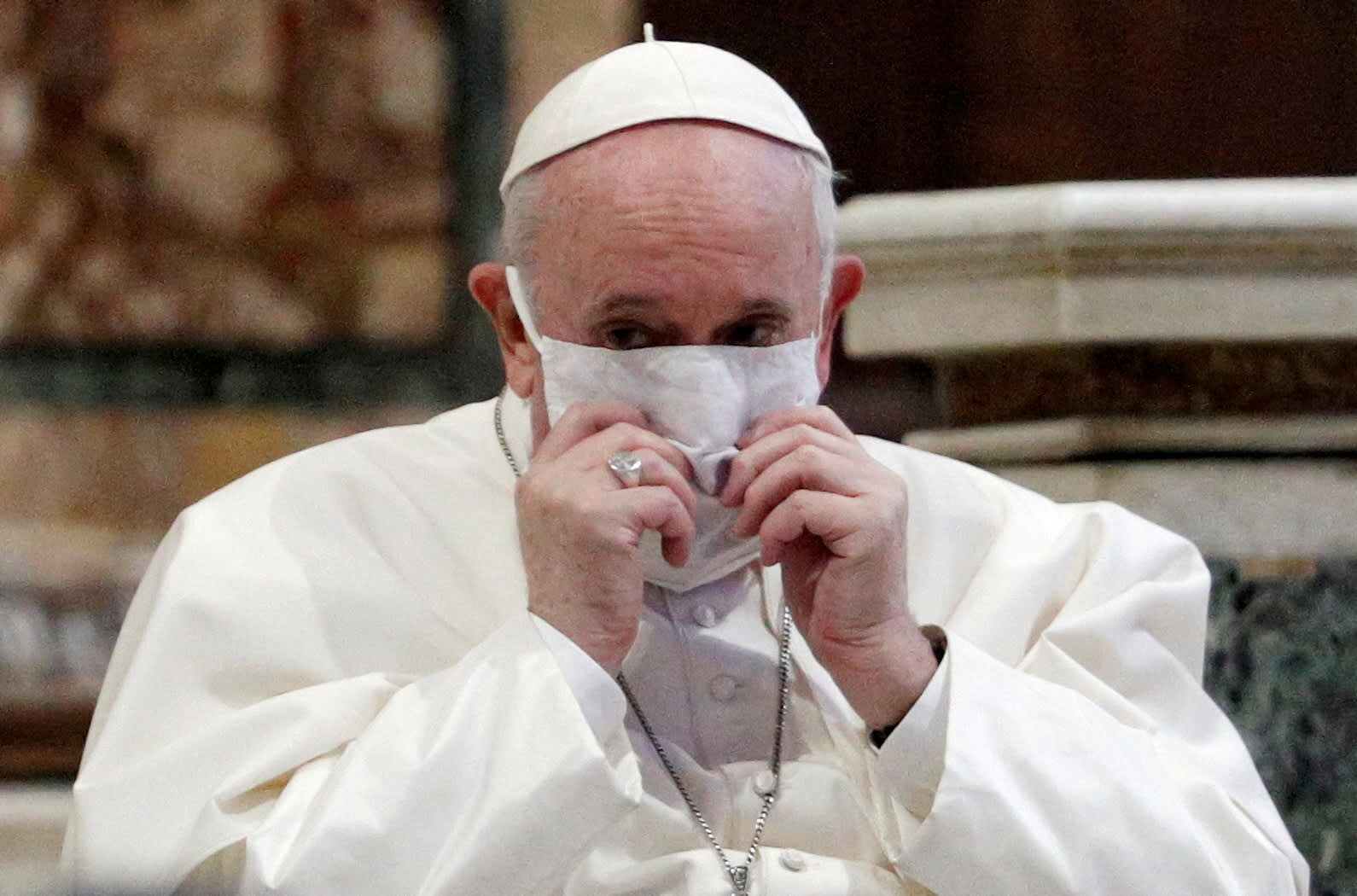 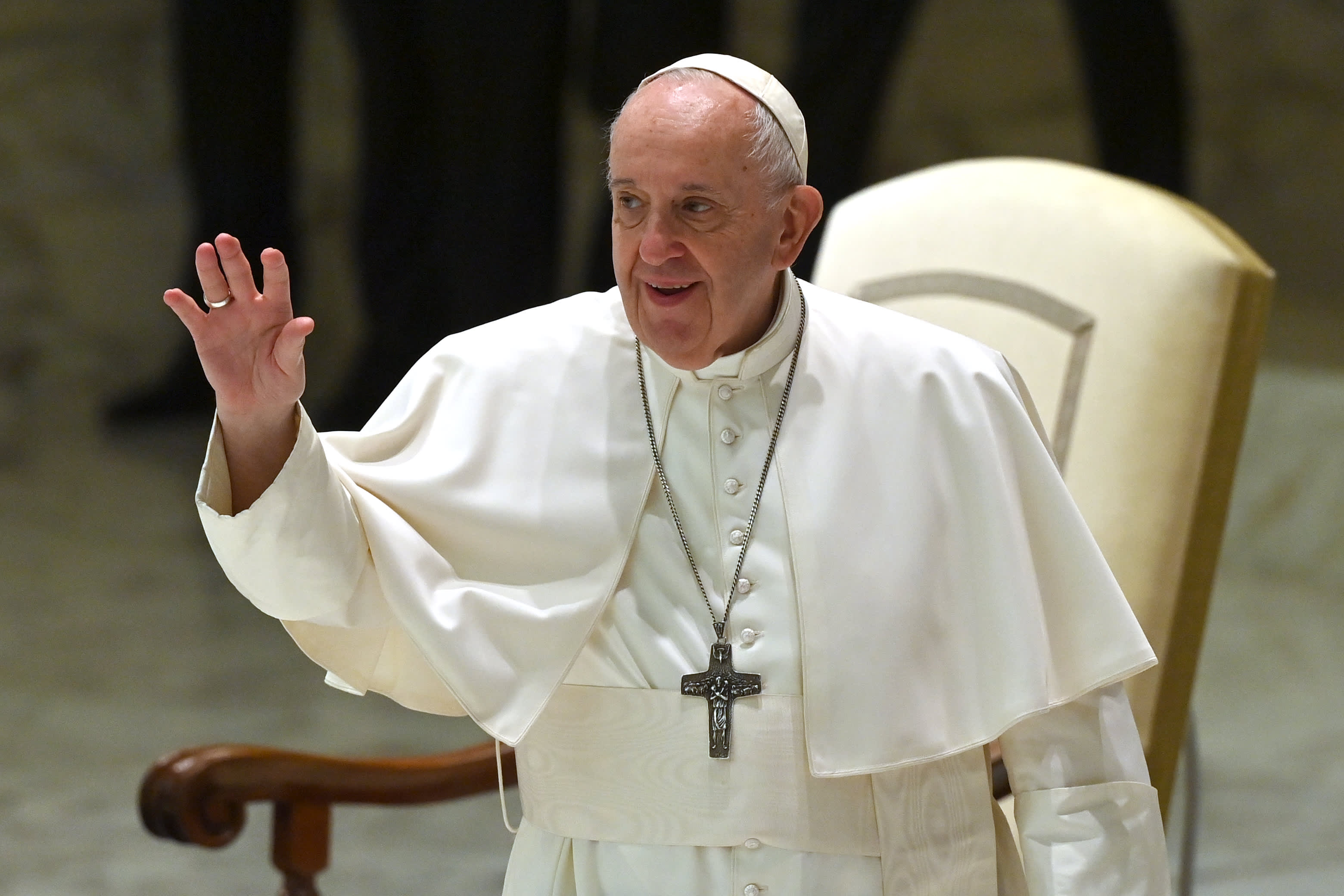 Pope Francis Brings Spotlight to Climate Migration: ‘Many Are Being Devoured in Conditions That Make It Impossible to Survive'

On Wednesday, Vancouver Archbishop Michael Miller tweeted his "deep apology and profound condolences to the families and communities that have been devastated by this horrific news.” The churchman, who leads Catholics in that British Columbia archdiocese, added that the church was "unquestionably wrong in implementing a government colonialist policy which resulted in devastation for children, families and communities.”

The United, Presbyterian and Anglican churches have apologized for their roles in the abuse, as has the Canadian government, which has offered compensation.

Among the many recommendations of a government-established Truth and Reconciliation Commission was a papal apology.

In 2009, then Pope Benedict XVI met with former students and survivors and told them of his “personal anguish” over their suffering. But his words weren't described as an apology.