There’s some serious debate surrounding a little-covered measure up for a popular vote in two months: Proposition 20. 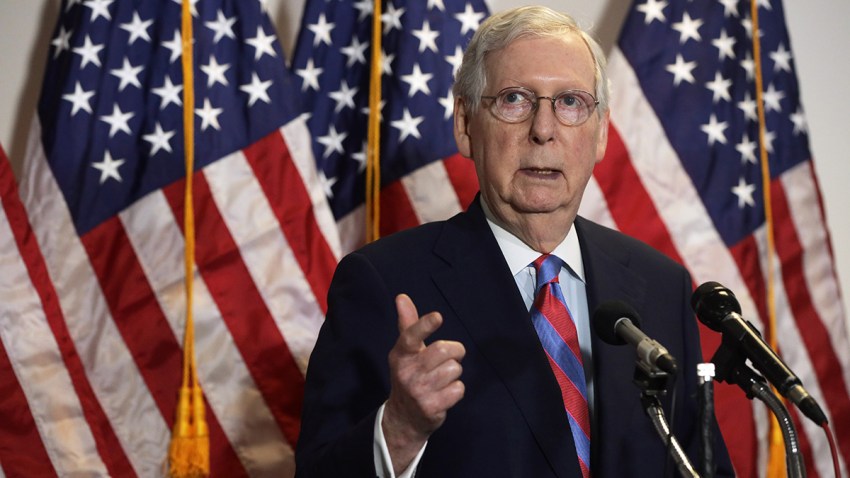 What is the Argument For and Against Prop 20?

“Proposition 20 is a bad idea,” says Alan Mobley, a professor at San Diego State University. “What it does is it sends people back to prison. And it keeps people in prison from getting out.”

Mobley heads up Project Rebound, an organization that works to get convicted felons out of prison and into higher education with hopes of rejoining society as productive and successful members of the community.

Mobley says passing Proposition 20 not only exacerbates the cost of incarceration in California (something the measure’s own fiscal impact statement acknowledges would increase by tens of millions of dollars), but also continues causing harm to people by keeping them in cages.

“Treating these conditions through incarceration hasn’t been helpful,” argues Mobley. “In fact it’s been cruel and harmful.”

That said, Mobley concedes expanding DNA collection could prove useful to law enforcement, albeit at the expense of some civil liberties. But it comes at too high a cost when paired with the first two tenets of the measure, says the professor.

“A fatal flaw of this proposition is the way that it’s a hodgepodge and ties together all of these things,” says Mobley. “So you might want to vote for the DNA issue, but what you get isn’t so much the crime fighting tool of the DNA, is you get the exploding prison populations that the other aspects of the proposition would provide.”

But not everyone sees it that way.

“We’re not trying to put people in prison or out of prison,” says criminal defense attorney and former district attorney Paul Pfingst. “We’re trying to protect the public.”

Pfingst says about a decade ago, the U.S. Supreme Court mandated California substantially reduce its prison population due to overcrowding. So between 2011 and 2016, the state voted to reduce less serious violent crimes to misdemeanors and expanded parole options for those convicted of those crimes. A move Pfingst says had led to an uptick in some crimes.

While Pfingst says he understands the criticism of the Prop 20, he tends to lean in favor of passing it.

“I think this is the better way to go,” says Pfingst. “On the whole, I think Proposition 20 is probably a good idea.”

Pfingst says merchants are suffering from more thefts, more violence and “more fear” in their stores, and that essentially they have little recourse. He is referring to an earlier ballot measure which increased the threshold for felony theft to $950 from $450. This means as long as shoplifters steal less than $950 of merchandise, it’s a misdemeanor – something Pfingst says just isn’t strong enough to deter crime.

“They went too far,” says Pfingst of the prison reduction measures. “We’re just allowing too many people to commit too many serious crimes, calling them misdemeanors rather than felonies, and this is having collateral consequences, unintended consequences that is hurting small businesses, merchants and other people. A correction is overdue.”

The former prosecutor also says too many serious criminals are getting out of prison too soon, and early parole needs to be scaled back.

“Prop 20 is an attempt to bring it back to a more strict analysis of who should be in jail and who should not,” says Pfingst.

“My reaction is almost visceral,” says Laura Murray, a second-year graduate student at SDSU and byproduct of Project Rebound.

Murray robbed three banks in Northern California after her home was foreclosed on in 2009. She was sentenced to 8 years, but served 7 years in a state prison before getting out on parole. She is now a 4.0 student, teaching associate, researcher and hopes to get into a doctorate program at John Jay College in New York.

“It is personal for me,” says Murray, who is vehemently opposed to Prop 20.

“You shouldn’t be in prison for 25 to life because you stole a pair of boxers from JCPenney and it was your third strike,” says Murray.

“I’m trying to understand why they want to beef up the prison population again,” says Murray. “Which is essentially what this will do. I’m very upset about it. It makes no sense to me.”

Murray says the first part of Prop 20 sends more people to prison, and the second part keeps them there longer. If the goal is to rehabilitate people so that they get out and no longer commit crime, she says removing their chances of parole isn’t the way to do it.

She feels so strongly about expanding early parole, it’s the topic of her master’s thesis. Without parole, transitioning from prison to society is nearly impossible, says Murray.

“It’s a very hopeless feeling,” says Murray. “And it’s very scary and uncertain feeling to know that you’re going to have to leave here one day, and what are you going to do. That fear is almost paralyzing in there, to not know.”

Editor’s Note: A previous version of this article said Proposition 20 would also give prosecutors the ability to charge some drug-related crimes as felonies. That is incorrect and the article has since been updated to reflect this.