In the year since George Floyd was killed by a Minneapolis police officer kneeling on his neck, more than 260 bills have been approved in state legislatures to ban potentially deadly law enforcement practices and otherwise reform police departments across the country.

Beyond its breadth, the legislation is notable for its speed, said Amber Widgery, a National Conference of State Legislatures research analyst and expert on law enforcement policy. She pointed to a police misconduct bill in Iowa that passed in roughly 48 hours.

“That’s just unheard of,” said Widgery. “There's been a lot of legislative priority put on this issue this year.”

Over 260 police reform bills have passed nationwide since last May

While most state legislatures are not in session during the second half of the year, COVID-related delays and lawmakers' decisions to hold special sessions in late 2020 helped them pass policing bills quicker than usual

Source: National Conference of State Legislatures, policing database as of May 24.
Amy O’Kruk/NBC

But advocates also caution that the reach of the new laws might be limited.

The typical response from lawmakers to a tragedy like Floyd’s death has been to pass narrowly focused, piecemeal legislation, said Maria Ponomarenko, an associate professor at the University of Minnesota Law School and the co-founder of the Policing Project at the New York University School of Law.

“The problem is that these issues just run so much deeper and they’re systemic and so just getting at one narrow practice is not going to effect much change,” she said. 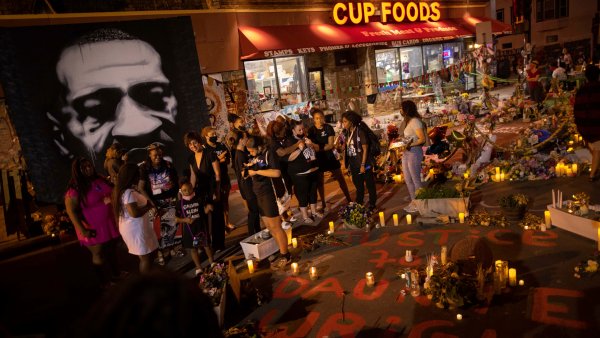 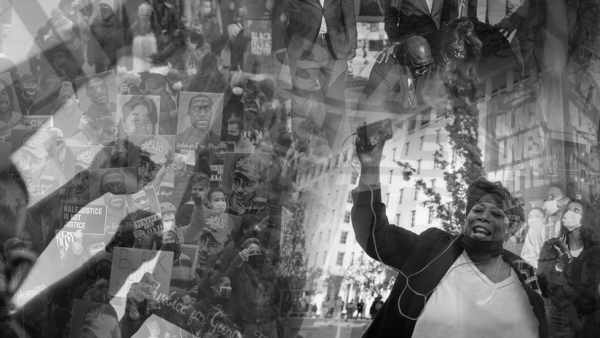 Overall, lawmakers have introduced more than 3,000 policing policy bills, with significant legislation passing in 39 states as of late April, according to data from the National Conference on State Legislatures.

The bills tackle a wide scope of issues and some never before addressed at the state level, in areas such as use-of-force standards, improving training and spelling out how officer-involved shootings should be investigated.

Many states have focused specifically on chokeholds: so far at least 17 states have prohibited the use of neck restraints.

Total people killed by police by day for 12-month periods ending May 24.

In the year since Floyd’s death, police killings overall are on par with previous years, averaging roughly 1,100. Black Americans are also still being killed at a rate more than three times higher than white people. They make up 13.4% of the population.

In the last year, Black Americans are still more than three times more likely than white people to be killed by police

Ponomarenko said a broad approach is needed. For example, to tackle the issue of excessive force more comprehensively, some states have re-evaluated how force is used, mandated training and stronger reporting so now there is data available, changed liability standards and required independent investigations when force is used.

“It’s really doing all of those things at once that has the potential to make more of a difference,” she said. “Again it’s not going to fix everything but at least it starts to get at the fact that these are really systemic issues and they’re not one offs.”

Among the states that are trying a broader approach: Colorado, Washington, Maryland, Illinois, Massachusetts and New Mexico.

“At least these are states that are recognizing that these are systemic issues that we’re not going to solve just by banning chokeholds,” she said.

On the one year anniversary of George Floyd's death, Minneapolis activists are still fighting for policy changes they say will help prevent another death due to excessive police force. And they’ve recently moved one step closer to their most ambitious goal — reforming the city charter to replace its police department with a department of public safely. NBCLX storyteller Jalyn Henderson reports from Minneapolis.

The Wilson Center for Science and Justice at Duke University School of Law has been compiling its own database of police-related legislation and found that in general about 10% of the laws passed, said the center’s director, Brandon L. Garrett.

“There are really only a scattered handful of bills around the country that look more comprehensive,” he said. “And I do think that the comprehensive legislation is the model.”

State and national frameworks are needed because individual police departments across the country, some quite small, do not have the resources to reinvent policing on their own, he said.

Garrett and Ponomarenko were among a group of law school faculty who last year put together a list of urgently needed reforms, steps that federal, state and local governments could take immediately. It was called “Changing the Law to Change Policing: First Steps.”

“The unfortunate reality though is that no state has really passed all the legislation that they need,” he said.

That said, states that had discounted the need for police reform are seeing bills introduced, if not yet passed, among them North Carolina.

Widgery also noted that while some things can be implemented quickly, like patterns-and-practice investigations that look for unconstitutional or unlawful policing in departments, other reforms, like retraining officers on new standards, take time.

Garrett said change can build over time. For example, 20 years after large numbers of people began to be exonerated by DNA, states now provide access to DNA testing of evidence in a case to those who have been convicted.

Hans Menos, the vice president of Law Enforcement Initiatives at the Center for Policing Equity, focuses on the police departments and what needs to change among their policies.

“On some level it’s going to have to be at the local level,” he said.

“We could do that by forcing it through state level legislation but the potential for the federal government to change police on their own when there are 18,000 police departments is unlikely.”

Cities such as Berkeley, California, and Ithaca, New York, are working with the Center for Policing Equity on laws that remove police from low level offenses, he said. He would put the emphasis on right-sizing police departments, and figuring out what police departments should be doing and what they would not be doing. Those decisions depend on budgets and other local circumstances, he said.

“It’s a real watershed moment when we’re able to have conversations that three years ago, two years ago, maybe one year ago were thought of as liberal gobbledygook,” he said. “When we first started having conversations in the country about the police force being re-imagined it was considered unthinkable."

On the national stage, a federal bill, the George Floyd Justice in Policing Act, has passed the Democratically controlled House but not the Senate. President Joe Biden had set the anniversary of Floyd’s death as the deadline for its passage, but bipartisan talks are continuing. One stumbling block is qualified immunity for police officers, which protects them from liability for violating someone’s constitutional rights unless a “clearly established” law was broken in the process.

“While this act is a start, it doesn’t go deep enough,” said DeAnna Hoskins, a former U.S. Justice Department adviser and president of JustLeadershipUSA, a nonprofit run by people who have been affected by the criminal justice system.

“Because this act is focusing on the police as the problem, when we know the system fundamentally is the problem. And we continue to put Band-Aids over bullet holes with policies like this.”