Severe thunderstorms pounded parts of the Deep South with hail, high winds and drenching rains on Sunday as forecasters warned residents to brace for possible overnight tornadoes and flooding across a region reeling from a deadly twister outbreak one week ago.

Tornado watches ranged across parts of Louisiana and Mississippi into Alabama and Georgia on Sunday night. It was the second Sunday in a row that the South was hit with severe weather.

Flash flood warnings were in effect around the region, the National Weather Service said. Its Jackson, Mississippi, office, tweeted video of a roadway awash in rainwater in the city of Hattiesburg, Mississippi, saying some streets there were were inundated by heavy rains from a severe storm late Sunday. 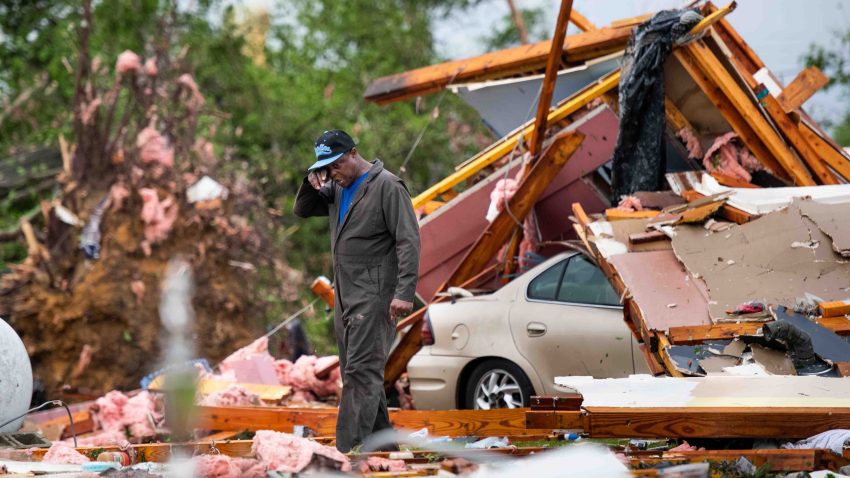 More Than 500K Stuck at Home Without Power After Intense Storms 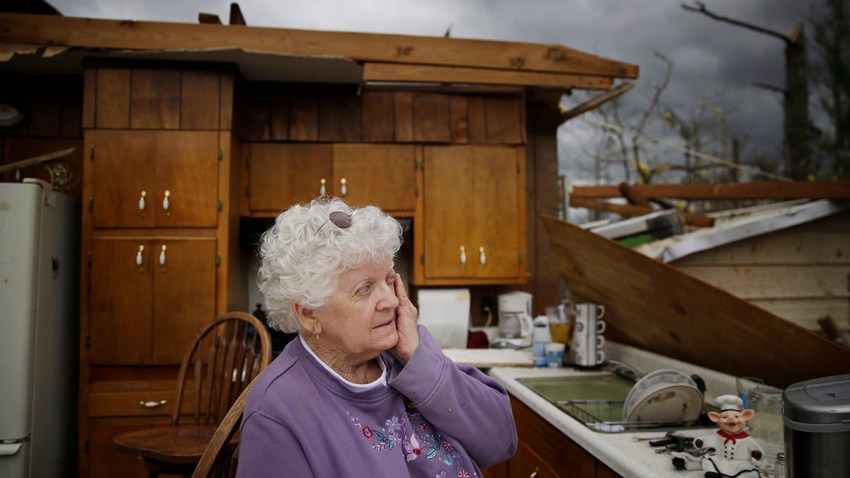 Storms Tears Through South Amid Pandemic; At Least 30 Dead

The city of Hattiesburg's online site tweeted for people to stay off several roads made impassible by the storms: “We’re already flooded out, and we have hours of rain ahead."

The weather service's Storm Prediction Center said it also received reports of telephone poles snapped by a potent storm along a highway near Marion, Mississippi.

High winds also uprooted trees and left blankets of hail on the ground in some areas in Alabama earlier in the day during a first round of severe weather, the National Weather Service reported.

At least 33 people are dead and dozen dozen more are wounded after a string of tornadoes tore a path from the Deep South to the East Coast on Easter Sunday. The devastation stretches across multiple states, where homes and business were left in ruins. Mississippi was especially hard hit, with damage reported across nearly the entire state.

The severe weather threat was expected to continue over parts of the South through the night and carried the risk of strong tornadoes into the early hours Monday, according to the weather service. Tornadoes were a possible threat across of parts of Louisiana, Mississippi, Alabama Georgia and South Carolina.

A zone extending across the southern parts of Mississippi, Alabama and Georgia was at greatest risk of severe weather and tornadoes, the national Storm Prediction Center projected. The area is home to more than 5 million people and includes cities such as Jackson, Mississippi; Montgomery, Alabama; and Macon, Georgia.

The storm threat comes a week after deadly Easter storms pounded the Deep South. The National Weather Service said more than 100 tornadoes struck the South that Sunday and Monday. Officials said at least 36 people were killed in the two-day outbreak of storms.