The officials stopped short of contradicting the President, who has made unsubstantiated claims that the election will be marred by fraud

U.S. officials said Wednesday there has been no intelligence to suggest that foreign countries are working to undermine mail-in voting and no signs of any coordinated effort to commit widespread fraud through the vote-by-mail process, despite numerous claims made by President Donald Trump in recent months.

The officials at multiple federal agencies stopped short of directly contradicting Trump, but their comments made it clear they had not seen evidence to support the president's statements that voter fraud will be rampant in the upcoming election and that the expected surge in mail-in ballots due to the coronavirus pandemic leaves November’s presidential election especially vulnerable to foreign interference.

Trump, for instance, tweeted July 30 that mail-in voting was proving to be a “catastrophic disaster” and added: “The Dems talk of foreign influence in voting, but they know that Mail-In Voting is an easy way for foreign countries to enter the race. Even beyond that, there’s no accurate count!"

But a senior official with the Office of the Director of National Intelligence, asked on a conference call with reporters Wednesday about the threat of foreign countries manufacturing their own ballots or amplifying disinformation about the integrity of the vote-by-mail process, said there was no information or intelligence that any adversary was “engaged in any kind of activity to undermine any part of the mail-in vote."

A backup plan might work for relationships, but when it comes to a presidential election, experts say it’s not a great idea. NBCLX’s Chase Cain explains why voting-by-mail shouldn’t be a back-up plan, and why states need to prepare now for an increase in absentee voting because of COVID-19.

A senior FBI official said officials had not seen to date a coordinated, nationwide effort to corrupt mail-in voting. The official also said, given the diffuse and varied election systems across the country, it would be “extraordinarily difficult” to tamper with results in a measurable way. But the official said the FBI remained committed to investigating any fraud that emerges.

The officials were not authorized to discuss the matter by name and spoke on condition of anonymity.

Three of the primary agencies tasked with countering threats to America’s voting system arranged the briefing at a critical time in the electoral process, with little over two months left before Election Day and mail-in voting starting in weeks. Trump has made unsubstantiated claims that the election will be marred by fraud and is refusing to commit to accepting the results. Democrats say the agencies haven’t been forthcoming with the public about possible threats, and the risk of foreign interference was underscored by a recent Senate report that provided new details of Russian meddling in 2016.

The officials who spoke did not mention Trump in answering questions about threats to the vote-by-mail process, but their answers to reporters' questions about the topic served at least indirectly to counter some of his more incendiary claims about possible fraud.

Chase Cain suggests that the president might want to ask all of the Republican congresspeople who won during all-mail elections if they agree. And you might be surprised by which party actually makes up the majority of mail-in-votes in key swing states.

In a separate speech Wednesday hosted by the Center for Strategic and International Studies, Deputy Attorney General Jeffrey Rosen confirmed that the U.S. has “yet to see any activity intended to prevent voting or to change votes" but is encountering, as in 2016, foreign efforts to influence American public opinion and undermine confidence in the elections.

“We cannot escape the reality that the opportunities for malign foreign influence in our elections are far-flung, so it remains a challenge for Americans as voters,” Rosen said.

Even without active efforts to corrupt the vote-by-mail process, intelligence officials have publicly warned about foreign countries who they say have a vested interest in the election. Officials said this month that they have assessed that Russia is working to denigrate Trump's Democratic presidential opponent, Joe Biden. They have also said China prefers to see Trump lose and regards the current president as unpredictable, but have not detailed specific steps Beijing had already taken to interfere in the election.

Officials said Wednesday they were cognizant that the 2020 election presented its own unique challenges, including an influx of mail ballots that could lead to a potential weeks-long period of uncertainty as votes are counted. 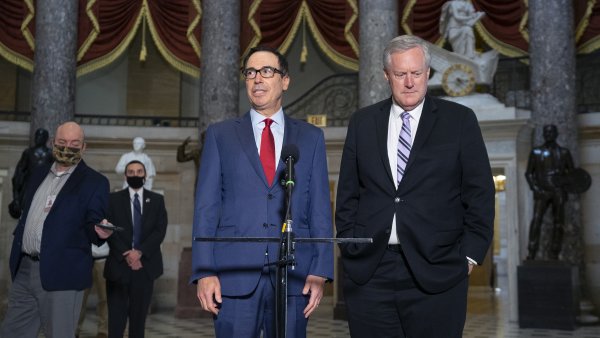 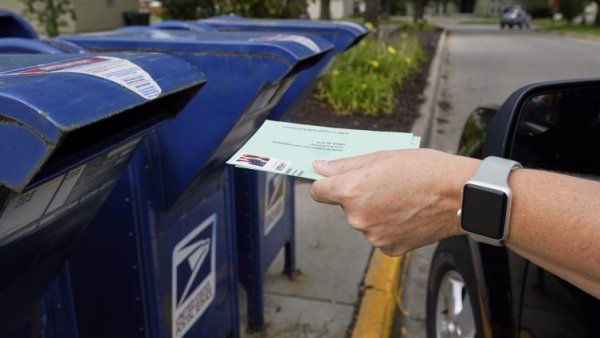 But they emphasized the significant efforts that have been made since 2016 to improve communications and sharing of threat information with state and local election officials.

They also touted the use of threat-detection devices placed on state and some local election networks as having increased the ability to detect suspicious activity targeting such systems, although experts have noted these devices are limited to detecting known threats.

A senior official with the Department of Homeland Security’s cybersecurity agency said cyber activities targeting elections have so far been routine and limited to scanning and probing for vulnerabilities.

“We’re way ahead of where we were in 2016, to even be able to understand what that activity looks like,” the official said.

The official also characterized current activities as “relatively consistent and largely unsuccessful” and noted there have been no incidents similar to the 2016 breach of Illinois’ voter registration system, in which Russian hackers were suspected of gaining entry but not making any changes to voter data ahead of the election.