US Plans to Reinstate ‘Remain in Mexico' Policy Next Month

It hinges on approval of the Mexican government, which has raised concerns that U.S. officials are working to address

The Biden administration said it plans to reinstate a Trump-era border policy next month to make asylum-seekers wait in Mexico for hearings in U.S. immigration court, complying with a judge's order.

It hinges on approval of the Mexican government, which has raised concerns that U.S. officials are working to address, the Justice Department said in a court filing late Thursday. Mexico wants cases to generally conclude within six months and ensure that asylum-seekers have timely and accurate information about hearing dates and times and better access to legal counsel.

Mexico also wants exemptions for “particularly vulnerable populations” and better coordination on locations and times of day that asylum-seekers are returned to Mexico.

About 70,000 asylum-seekers have been subject to the “Remain in Mexico” policy, known officially as “Migrant Protection Protocols,” which President Donald Trump introduced in January 2019 and Biden suspended on his first day in office. A federal judge sided with the states of Texas and Missouri by ordering the Biden administration in August to reinstate the policy “in good faith.” The court filing says it should be in effect around mid-November. 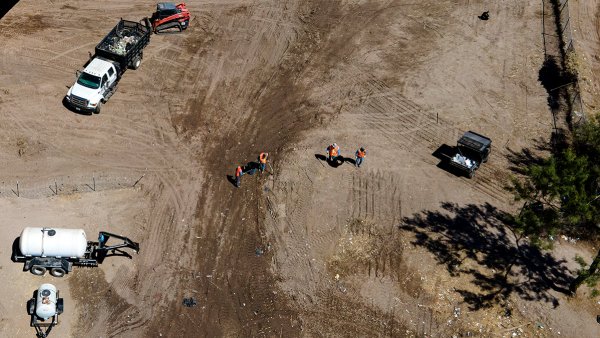 Texas Border Crossing Where Migrants Made Camp to Reopen 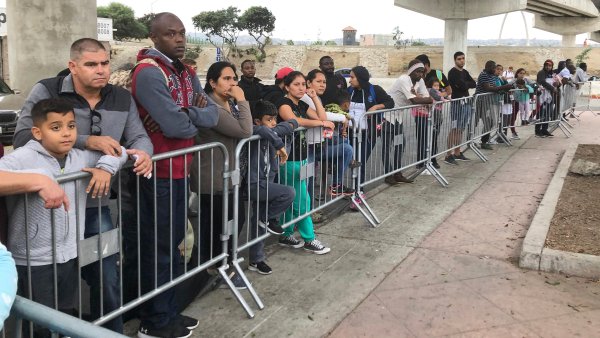 EXPLAINER: What's Next for the ‘Remain in Mexico' Policy?

U.S. District Judge Matthew Kacsmaryk in Amarillo, Texas, a Trump appointee, left open the possibility that the administration could try again to end the policy, and officials say they will release a plan soon that they hope will survive legal scrutiny.

Illegal border crossings fell sharply after Mexico, facing Trump's threat of higher tariffs, acquiesced in 2019 to the policy's rapid expansion. Asylum-seekers were victims of major violence while waiting in Mexico and faced a slew of legal obstacles, such as access to attorneys and case information.

The administration will rebuild tent courts in Texas border cities of Laredo and Brownsville at a monthly cost of $24.6 million to operate, according to the court filing, and is working to ensure there is capacity in a system that is backlogged with 1.4 million cases.

Mexico’s Foreign Relations Department said Thursday that it has concerns about asylum-seekers getting fair treatment in court under the policy, having access to legal counsel and being safe.

One of President Biden's first actions on taking the White House was to begin winding down the Trump Administration's Migrant Protection Protocols, also known as its "Remain in Mexico" policy. NBCLX Contributors Martin Markovits and Alex Luchsinger traveled to Mexico to see the experience through the eyes of two women attempting to gain asylum in the U.S.

Mexico said it also has raised questions about another U.S. policy to expel migrants without a chance to seek asylum. Trump invoked those powers, known as Title 42 authority, in March 2020 on grounds of preventing spread of the coronavirus. The Biden administration has strongly defended the special powers.

“Mexico will continue discussion with the U.S. executive branch, with the aim of achieving a regional migration policy that is safe, orderly and regulated,” the Foreign Relations Department said.

U.S. officials say the renewed “Remain in Mexico” policy will be applied to people who don't qualify for Title 42 authority. The policy was last used largely on people from Spanish-speaking countries but officials say eligible nationalities have not been determined.

Haitians who set up a makeshift camp under a bridge in Del Rio, Texas, are being deported under the rules of CDC Title 42.

Broad outlines of the reinstated policy come as the Biden administration has yet to develop the “humane” asylum system that the president promised during his campaign after quickly dismantling many Trump policies. Illegal border crossings have soared under Biden's watch, with record numbers of unaccompanied children and, in September, the arrival of about 15,000 mostly Haitian migrants at a camp in Del Rio, Texas.

Homeland Security said in a statement that it “remains committed to building a safe, orderly, and humane immigration system that upholds our laws and values.”