The partial human remains, notebook and a backpack found at the Brian Laundrie search site earlier Wednesday were in a spot that until recently was underwater, the FBI said at a press conference

The FBI field office in Tampa confirmed at a news conference that what appear to be human remains and other items belonging to Brian Laundrie were found during the ongoing search at a Florida wildlife park.

In addition to the possible human remains, the FBI said investigators found a backpack and a notebook believed to belong to Laundrie near a path at the Myakkahatchee Creek Environmental Park. The agency added that up until recently, the items were underwater, and were only found now that the water had receded.

Teams will likely be on scene for several days, the FBI official said, and the park will remain closed to public until further notice. The Tampa FBI office said that the Denver team is now leading the investigation.

Earlier Wednesday, the FBI confirmed that "items of interest" had been located at the park central to the investigation, though declined to elaborate further. Evidence processing teams were at the scene through Wednesday afternoon, as was the Sarasota County medical examiner's office, officials said.

The senior law enforcement official said the remains were discovered near a backpack that may be consistent with the type of items Laundrie may have had in his possession at the time he disappeared. Identifying the remains may take time.

It wasn't immediately clear if the backpack that senior law enforcement official referred to was among "some articles belonging to Brian" that Steven Bertolino, attorney for the Laundrie family, said the missing man's parents had found at the Myakkahatchee Creek Environmental Park earlier in the day.

More on the Gabby Petito case that has captivated the nation 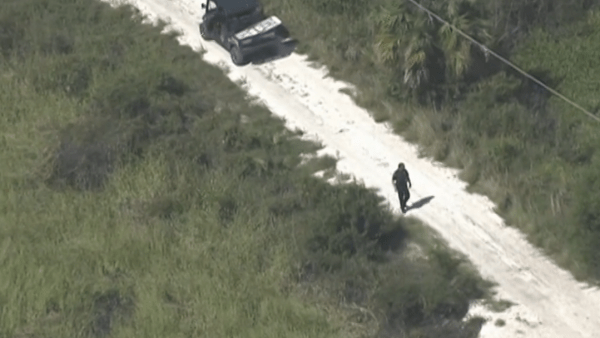 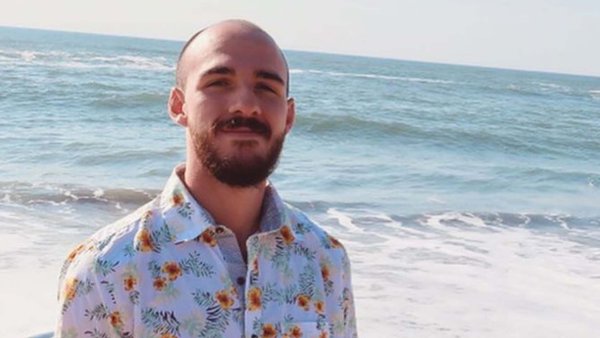 How Long Could Brian Laundrie Live on the Run? We Asked a Survivalist

The Sarasota County medical examiner confirmed its office was responding to the area where "some articles belonging to Brian," as Bertolino initially described them, were found mid-morning. He said Chris and Roberta Laundrie found the items after a "brief" search but didn't specify what exactly the parents discovered.

In a later statement, Bertolino said that the human remains and other items were found in an area that the parents "had initially advised law enforcement that Brian may be." The lawyer said that Laundrie's parents won't make further comment until forensic identification of the remains is completed.

A newly erected tent was seen in the area of the discovery Wednesday as law enforcement officers cordoned off the area with yellow police tape.

It was almost two weeks ago that Bertolino had suggested receding water could help investigators find the 23-year-old, who has been off the grid for more than a month.

On Wednesday, the attorney announced that items belonging to Laundrie were found -- by his own parents -- off a trail he frequented at Myakkahatchee Creek Environmental Park, which has been closed to the public for nearly a month.

The FBI referred to the location as the Carlton Reserve, though locals refer to the area now teeming with investigators as the Myakkahatchee Creek Environmental Park, which borders the sprawling reserve. It's believed the location to which law enforcement and Bertolino, as well as local police, are referring is the same.

A senior law enforcement official says what appears to be partial human remains have been found in the Carlton Reserve in a location that was previously underwater, though it's not clear to whom they belong.

Myakkahatchee Creek Environmental Park first reopened to the public Tuesday after a month-long closure to assist the FBI and local authorities in their hunt for Laundrie, who went off the grid five weeks ago. It has now been closed again.

According to Bertolino, Chris and Roberta Laundrie informed the FBI and North Port Police Tuesday night that they planned to go to the environmental park, the same location where the family's silver Mustang was abandoned in mid-September. It wasn't immediately clear why the parents would decide to search there on their own the same day law enforcement decided the public could be allowed to return there.

No other details were immediately available. Local NBC affiliate WFLA described a "large police presence" Wednesday morning at the environmental park, which connects to the Carlton Reserve, the 25,000-acre swamp that has been the focus of the ongoing search for Laundrie, who disappeared about five weeks ago.

The affiliate also said a cadaver dog from a neighboring county sheriff's office had been called in. The same human remains-detecting canine, the only one employed by a local sheriff's office in the area, according to Pasco County officials, was at the Carlton Reserve five days ago.

Less than 24 hours earlier, Taylor, asked by News 4 about the reopening of the park, said he suspects "searches will continue when and where needed." He referred additional questions on the investigation to the FBI.

Prior to Wednesday's developments, the FBI hadn't publicly commented on the case since the Denver field office issued a federal arrest warrant for Laundrie, 23, on a single count of debit card fraud. Pressed over the last several weeks, the FBI has declined comment, citing the ongoing nature of the investigation.

Laundrie is the only person of interest the FBI has named in Petito's disappearance. He hasn't been seen since mid-September, when his parents told authorities their son said he was going for a hike in the Carlton Reserve. A silver Mustang in the environmental park lot -- like the one belonging to his family -- had an "abandoned vehicle" tag that was timestamped 2:24 p.m. Sept. 14, WFLA previously reported.

That notice would have suggested the vehicle had been left there for at least a day before it was tagged. It'd be another few days before it would've been towed.

Local and federal investigators have spent dozens upon dozens of law enforcement hours since scouring the environmental park and the vast preserve for Laundrie.

The preserve saw heightened law enforcement activity late last week, as a cadaver dog was requested to assist in the effort. Laundrie's father, Chris, helped the FBI in person for the first time the week prior, identifying trails he said he and his son liked to hike and other spots he said the 23-year-old may have been interested in.

Laundrie look-alikes have been stopped by law enforcement officers aplenty in recent weeks, according to multiple media outlets, but one month to the day Petito's body was discovered in Wyoming, no one seems to know where to find him.

The family's attorney, Bertolino, has said Laundrie's parents have no idea where he is, didn't help him escape and are cooperating with authorities. Petito's family, which didn't immediately comment on Wednesday's findings, have said they pray that Laundrie will be found alive. If not, they fear they may not ever get complete answers as to what happened to their daughter.

The 22-year-old Long Island woman's remains were recovered Sept. 19 in a remote area of a Wyoming national park she and Laundrie had visited during their months-long cross-country road trip. Investigators found other remains as they searched for Petito in that area, another reason why officials won't speculate in Laundrie's case.

Last week, the county coroner who ruled her death a homicide revealed chilling details from the autopsy results: Petito was strangled by someone's bare hands, and likely died three to four weeks before she was found.

That type of death is one of "the most intimate of homicides that can occur," forensic expert Joseph Scott Morgan told News 4's The Debrief podcast last week.

LISTEN TO THE PODCAST: WHAT GABBY PETITO'S AUTOPSY DETAILS COULD MEAN -- AND WHY 'THE VANISHED' TEAM THINKS THIS CASE STOOD OUT

The coroner who examined Petito's remains, Dr. Brent Blue of Teton County, declined to share additional details on the autopsy results, citing state protocol. The FBI did not comment publicly on those autopsy results or lend any public insight as far as what they might mean for the direction of their investigation.

The agency continues to solicit tips by phone and online regarding the potential whereabouts of Laundrie or any other details on the couple.

It has been 16 days since Gabby Petito's fiancé, Brian Laundrie, allegedly told his parents he was going for a hike in a sprawling Florida nature preserve. It's set of a massive manhunt - but one seasoned US Marshal says he doesn't think Laundrie was ever there. This week on The Debrief, retired U.S. Marshal Craig Caine gives his take.
Copyright NBC New York