This year marks the 156th annual Juneteenth celebration, which is observed every June 19

Juneteenth takes place annually on June 19 and marks the true end of slavery in the United States. The holiday was already recognized in 48 states and Tuesday night, the U.S. Senate voted to make the day an official federal holiday.

The holiday observes the end of slavery in the U.S. when slaves in Galveston, Texas, were finally informed of their freedom upon the arrival of federal troops on June 19, 1865 — two years after President Abraham Lincoln signed the Emancipation Proclamation and about two months after the end of the Civil War.

Here's the significance and history behind the holiday. 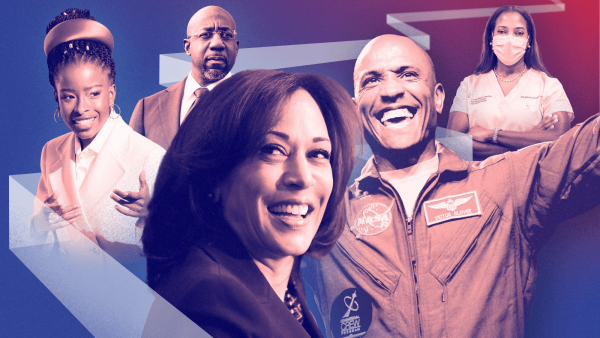 Juneteenth, a portmanteau of June and nineteenth, is an annual celebration marking the end of the slavery in the U.S. The holiday commemorates a specific date — June 19, 1865, the day many enslaved people in Texas learned they had been freed.

President Abraham Lincoln signed the Emancipation Proclamation on Jan. 1, 1863, announcing that enslaved people "shall be then, thenceforward, and forever free," but the proclamation didn’t immediately apply in certain areas, including secessionist states like Texas, which had left the Union and joined the Confederacy during the Civil War.

It took another two years for the news to be enacted in Texas. The Civil War ended in April 1865 and two months later, on June 19, 1865, Maj. Gen. Gordon Granger of the Union Army issued General Order No. 3 in Galveston, Texas, with Granger saying, "The people of Texas are informed that, in accordance with a proclamation from the Executive of the United States, all slaves are free."

The History of Juneteenth

Texas was the first state to establish Juneteenth as a state holiday. The late Rep. Al Edwards of Houston, a Democratic congressman, wrote and sponsored a bill calling for "Emancipation Day in Texas" to be recognized as a "legal holiday." He filed Bill 1016 in February 1979 and it passed in the Texas House of Representatives and Texas Senate the following May. Texas Republican Gov. William Clements signed the bill in June 1979 and the bill officially went into effect on Jan. 1, 1980.

That could soon change, since the Senate unanimously passed a bill on June 15 to make the day a federal holiday. The measure next goes to the House and if it passes, Juneteenth will become the 11th federal holiday.

Juneteenth has grown from a national holiday into a global one with a variety of celebrations worldwide, including cookouts, festivals, marches, pageants, parades, picnics, rodeos, readings and vigils. Events commemorate African American culture, achievements and food, while honoring a monumental change in American history.

Many universities and private companies have joined state governments in recognizing Juneteenth as an official holiday. The NFL declared Juneteenth a league holiday in 2020, following in the footsteps of companies like Nike and Twitter.

Across the country Friday, people gathered in observance of Juneteenth, a day that celebrates the end of slavery in the U.S.