What Is Seditious Conspiracy? Rare, But Now Part of Jan. 6

The Civil War-era charge is rarely ever used, because it's hard to prove and harder to win

What Is Seditious Conspiracy?

Seditious conspiracy occurs when two or more people in the U.S. conspire to “overthrow, put down, or to destroy by force” the U.S. government, or to levy war against it, or to oppose by force and try to prevent the execution of any law. If convicted, it's 20 years behind bars.

But that Civil War-era charge is rarely ever used, because it's hard to prove and harder to win.

The last such case was filed in 2010 against members of a Michigan militia, but two years later they were acquitted by a judge who said their hateful diatribes didn't prove they ever had detailed plans for a rebellion. 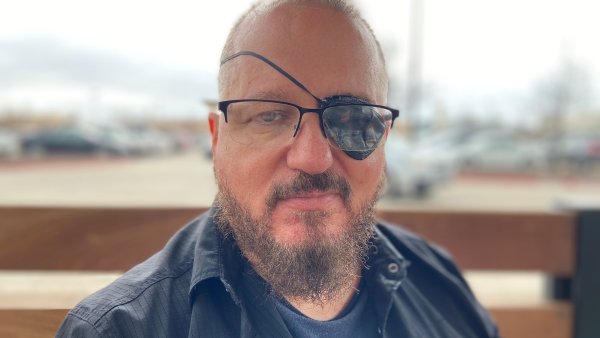 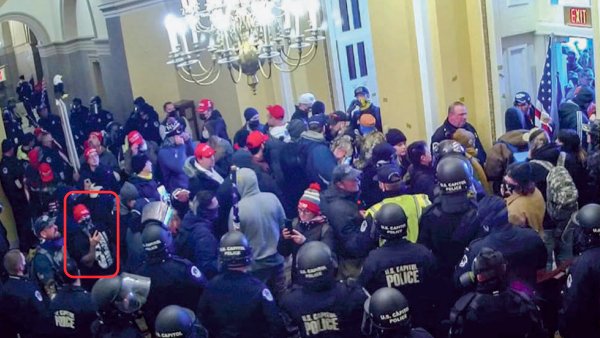 Man Charged With Storming Capitol Made Rap Videos About Riot

How Does It Compare to a Conspiracy Charge?

It's different from a conspiracy charge, where two or more people work together to commit a crime. Plenty of people have been charged and convicted of conspiracy, and there currently are two major conspiracy cases in the Jan. 6 riot.

Seditious conspiracy, though, is legally complex and there's a historical difficulty in securing convictions, and legal scholars say prosecutors are sometimes reluctant to file the charges. Overzealousness in applying them going back centuries has also discredited their use.

How Is It Being Applied to the January 6 Case?

In the Jan. 6 case, it lends gravity to the accusations of violence and terror that day, and rebuts, in part, claims by some Republicans that the riot wasn't as serious because no one had yet been charged with sedition.

Stewart Rhodes, the Oath Keepers founder and leader, is the highest-ranking member of an extremist group arrested so far. He did not enter the Capitol building that day, but is accused of helping to put the violence into motion. An attorney for Rhodes called the charges “unusual” and “unfortunate.”

How will Jan. 6, 2021, go down in history? It could be a turning point toward a more fractured nation or a wake-up call to rededicate to principles of American democracy, says University of Pennsylvania historian Brian Rosenwald.

What About Treason Charges?

Along those lines there's also treason — which is to levy war against the U.S. or to give U.S. enemies “aid and comfort.” No one has been charged with treason in the Jan. 6 riot and it’s very rarely used.

Though authorities have said the Oath Keepers and their associates worked as if they were going to war, discussing weapons and training. Days before the attack, one defendant suggested in a text message getting a boat to ferry weapons across the Potomac River to their “waiting arms,” prosecutors say.

Here are some notable treason and sedition cases from years past:

The last time U.S. prosecutors brought such a case was in 2010 in an alleged Michigan plot by members of the Hutaree militia to incite an uprising against the government.

But a judge ordered acquittals on the sedition conspiracy charges at a 2012 trial, saying prosecutors relied too much on hateful diatribes protected by the First Amendment and didn’t, as required, prove the accused ever had detailed plans for a rebellion. Three members of the militia pleaded guilty to weapons charges.

Among the last successful convictions for seditious conspiracy charges were in another, now largely forgotten storming of the Capitol building in 1954. Four pro-independence Puerto Rican activists rushed the building and opened fire on the House floor, wounding several representatives. They and more than a dozen others who assisted in the attack were convicted of seditious conspiracy.

Oscar Lopez Rivera, a former leader of a Puerto Rican independence group that orchestrated a bombing campaign that left dozens of people dead or maimed in the 1970s and 1980s, spent 35 years in prison for seditious conspiracy before President Barack Obama commuted his sentence in 2017.

Seditious conspiracy law was last successfully used in the 1990s in the prosecution of Islamic militants who plotted to bomb New York City landmarks. An Egyptian cleric, Sheikh Omar Abdel-Rahman, and nine followers were convicted in 1995 of seditious conspiracy and other charges in a plot to blow up the United Nations, the FBI’s building, and two tunnels and a bridge linking New York and New Jersey.

Abdel-Rahman, known as the “Blind Sheikh,” argued on appeal that he was never involved in planning actual attacks against the U.S. and his hostile rhetoric was protected free speech. He died in federal prison in 2017.

Among the last convictions for treason was American-born Iva Toguri D’Aquino, known as Tokyo Rose during World War II for her anti-American broadcasts. She was convicted in 1949 of “giving aid and comfort” to Japan.

She served more than six years of a 10-year sentence before her release.

President Gerald Ford pardoned her after reports U.S. authorities pressured some witnesses to lie. Some former prisoners of war in Japan also came forward to confirm that D’Aquino had smuggled food and medicine to them during their capture.

Several other Americans of Japanese and German descent were convicted of treason for giving aid and comfort to Imperial Japan and Nazi Germany. Some also later received pardons or had sentences commuted.

The only American charged with treason against the U.S. since the World II era was Adam Gadahn, also known as Azzam the American. His 2006 federal indictment said he gave al-Qaida “aid and comfort ... with intent to betray the United States.”

Before he could be put on trial, Gadahn was killed by a U.S. drone strike in Pakistan.

It was a busy year for federal agents, with over 700 people arrested since the Jan. 6 Capitol riot. NBCLX Political Editor Noah Pransky breaks down the numbers and talks about the aftermath of the day, and President Joe Biden's fiery speech that was unlike his usual self.
Copyright AP - Associated Press