What to Watch as Impeachment Trial Takes Off

What to watch — and whom — when the trial gets underway around 1 p.m. ET Tuesday

Senators like to float above messy politics in what's known by some as the dignified “upper chamber," home of Congress' cooler heads and lofty rhetoric.

But as a court of President Donald Trump's impeachment, the Senate beginning Tuesday might seem more like the economy cabin of an oversold flight on an especially tense, mandatory work trip.

Rock star legal teams will cram the airy well of the chamber just a few feet from each other and Chief Justice John Roberts. Four television screens take up rarified space. Staff will snap up seats near the wall. A podium stands at the center aisle.

As for phones, it's worse than airplane mode: They are banned from the chamber. That maroons 100 chatty senators — including four Democrats in the heat of a nomination fight — for the serious constitutional business of the impeachment trial, for hours at a time.

What to watch — and whom — when the trial gets underway around 1 p.m. EST Tuesday (Check back here for a livestream of the proceedings):

But first, naturally, some talk from senators.

The Senate opens with debate on the structure and rules of the proceedings. Senate Majority Leader Mitch McConnell is proposing a condensed, two-day calendar for opening arguments on the articles passed by the House on Dec. 18. They charge Trump with abusing power by pressuring Ukraine to help him politically, and obstructing Congress when it tried to find out what happened.

McConnell's ground rules are outlined in a four-page resolution that must be voted on as one of the first orders of business. It pushes off any votes on witnesses until later in the process, rather than up front, as Democrats had demanded. But McConnell's plan on witnesses lines up with the organizing resolution that set the structure of President Bill Clinton's trial in 1999. 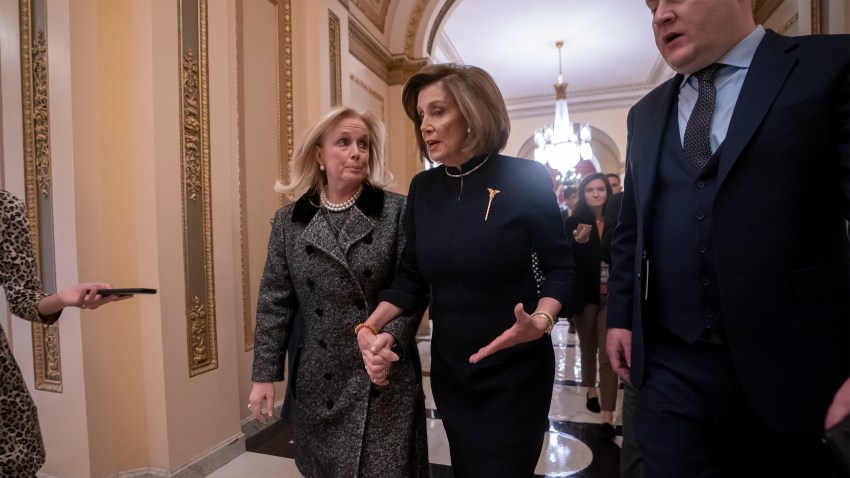 Senate Minority Leader Chuck Schumer said on MSNBC's "Morning Joe" Tuesday that McConnell's resolution "creates a trial that is rushed, with as little evidence as possible and done in the dark of night."

With senators potentially holding trial proceedings until 3 a.m., Schumer said that if McConnell and President Trump "were so confident in their case, then why wouldn't they want it in broad daylight?"

"At all times," according to Senate rules, a majority of senators present can vote to close the proceedings and debate in private. That would mean the cameras shut off and everyone who's not a member of the Senate is kicked out of the chamber until the senators choose to reopen it.

Senators did that at various points during the Clinton trial. McConnell then argued that members of the chamber listen to each other better in private.

After the four days of opening arguments — maximum 24 hours per side — senators will be allowed up to 16 hours for questions to the prosecution and defense, followed by four hours of debate. Only then will there be votes on calling other witnesses.

Senate rules say the trial must proceed six days a week — all but Sunday — until it is resolved.

OFF THE TRAIL, OFF THE GRID

Watch a coterie of Democratic senators who literally would rather be somewhere else — specifically Iowa and New Hampshire — ahead of their party's kickoff votes for the right to try to unseat Trump in the November election.

Watch Sens. Elizabeth Warren of Massachusetts, Bernie Sanders of Vermont, Michael Bennet of Colorado and Amy Klobuchar of Minnesota for signs of fatigue from flying between Washington and these places and coping with being off the internet for hours at a time.

Also look for the surrogates, video calls to supporters and ads designed to give them a measure of presence in the early nominating states.

Leading the case for the House is Intelligence Committee Chairman Adam Schiff of Californian and Judiciary Committee Chairman Jerrold Nadler of New York. Five other Democrats round out the prosecution team, a group House Speaker Nancy Pelosi said she chose in part for their experience with the law.

Rep. Zoe Lofgren, D-Calif., has worked on three impeachment inquiries, starting with the one that helped persuade President Richard Nixon to resign. Rep. Val Demings of Florida is not a lawyer, but she is a former police chief and a member of both committees deeply familiar with the case against Trump. Rep. Hakeem Jeffries is a lawyer and chairman of the House Democratic Caucus, so he's close to Pelosi's ranks. 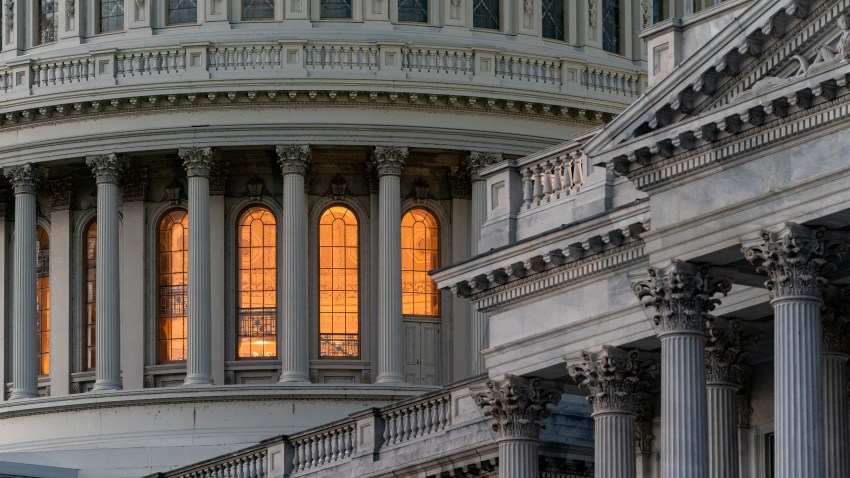 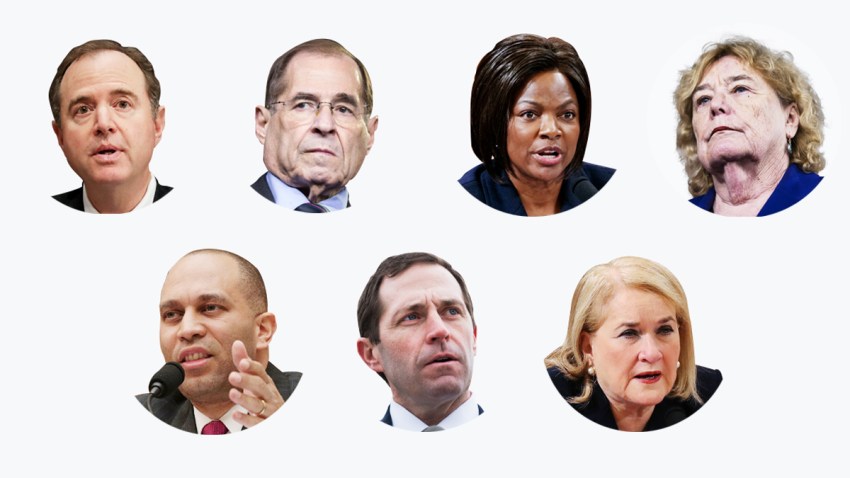 Pelosi also chose two freshmen who helped flip the House from GOP control in 2018. Rep. Sylvia Garcia of Texas is a former judge. And Rep. Jason Crow of Colorado is a retired Army Ranger who was one of the seven new members with national security backgrounds to call for Trump's impeachment over his conduct with Ukraine.

Trump cast some big personalities for seats at the defense table.

White House counsel Pat Cipollone and personal lawyer Jay Sekulow are expected to lead the argument that Trump committed no crimes, that abuse of power is not an impeachable offense and that the president is a victim of a political "witch hunt" by Democrats.

Bringing experience both in constitutional law and the politics of impeachment, he’s adding retired law professor Alan Dershowitz and Ken Starr, the independent counsel who investigated Clinton. The team also will include Pam Bondi, the former Florida attorney general. 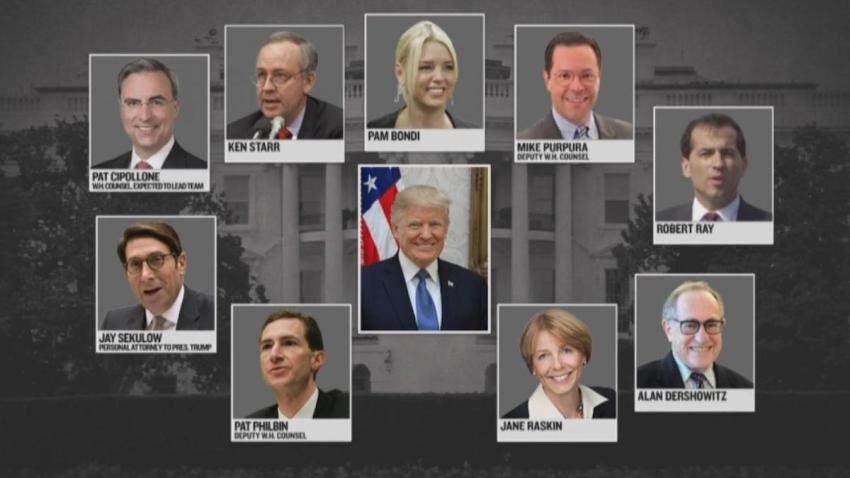 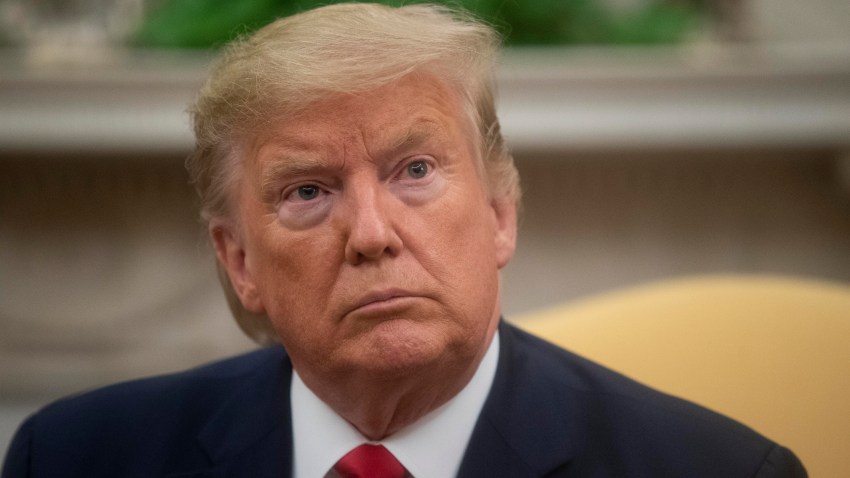 The team, less experienced in the Senate than the House prosecutors as a whole, visited the Senate chamber Monday, in part to test the equipment they expect to use for audio-visual presentations.

Look for signs of tension involving the president's outside legal team and lawyers within the White House. Dershowitz on Sunday tried to distance himself from the president.

100: The total number of senators.

51: The number of senators who must agree on almost anything to make it happen during an impeachment trial.

Four: The number of Republican senators who must join Democrats to get to the magical 51.

2/3: The proportion of senators required to convict and remove a president from office. So 67 members of the Senate would have to vote to convict if every senator is voting.

Both sides will be keeping tabs on the Senate's moderates for an emerging gang of three to four who could influence the outcome on such matters as whether to subpoena former national security adviser John Bolton. That vote won't be taken for days if not weeks.

Republican Sen. Susan Collins of Maine has been meeting with a small number of GOP colleagues who want to consider witness testimony and documents that weren't part of the House impeachment investigation. Watch GOP Sens. Mitt Romney of Utah, Lamar Alexander of Tennessee and Lisa Murkowski of Alaska for signs of whether this group can stick together and force the Senate to consider additional material. 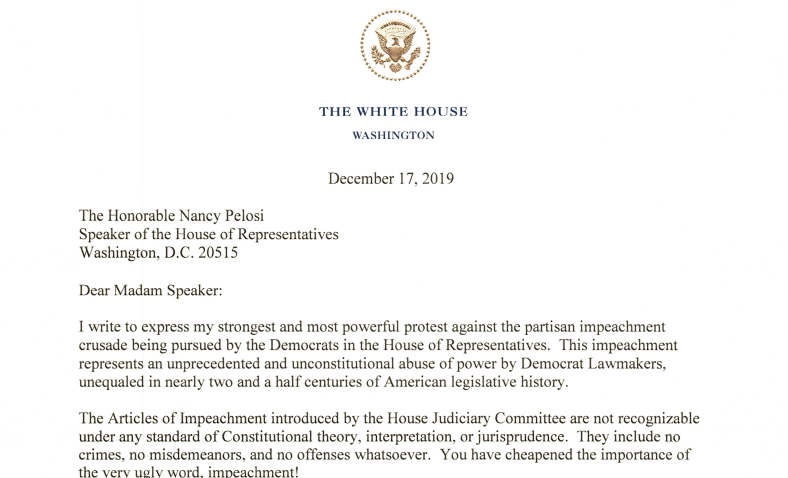