The fire department received a call at 5:10 a.m., prior to the ship arriving at port, said Margaret Stewart of the Los Angeles Fire Department. 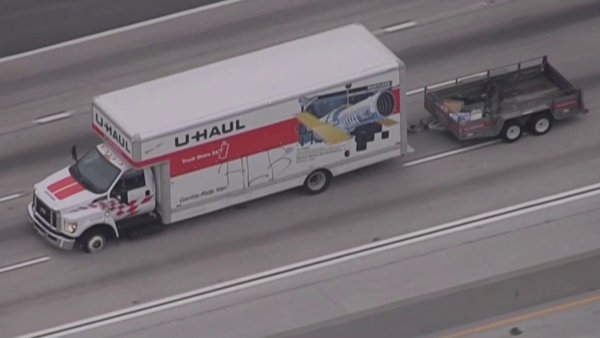 Norwegian said in a statement that stringent sanitation procedures were implemented after a few guests reported a stomach-related illness. The luxury ship "Joy" was refurbished this year and includes an on-board race track.

Last month, paramedics were sent to Berth 91 at the Port of Los Angeles and evaluated six passengers, determining that four of them required hospital treatment, said Brian Humphrey of the Los Angeles Fire Department.

The cruise line later issued a statement about the incident that said: "The safety, security and well-being of our guests and crew is our number one priority. As such, we operate at the very highest public health standards. During Norwegian Joy's Panama Canal sailing, a few guests on-board experienced a stomach-related illness. To mitigate any impact of this rare occurrence, we implemented stringent sanitation procedures. As always, we will continue to monitor this situation."

Los Angeles Supervisor Janice Hahn issued the following statement Sunday: "I am calling on the Center for Disease Control to work closely with our L.A. County Public Health officials to ensure the passenger illnesses aboard the Norwegian Joy do not become an infectious disease outbreak here in the harbor area. This is the second time in a week that this ship has been forced to dock at the Port of Los Angeles due to passenger illness and it raises serious concerns about the hygiene of this ship. If the ship is not cleaned to a point that ensures the health and safety of its passengers, it should not be allowed to leave dock."

Efforts to reach a Norwegian Cruise Lines representative were not immediately successful.