David and Louise Turpiin have been charged with 12 counts each of torture and false imprisonment, as well as nine counts of child abuse and seven counts of cruelty to a dependent adult.

A Perris couple accused of imprisoning, abusing and starving 12 of their 13 children are due in Riverside County Superior Court Friday for a hearing during which their attorneys and the prosecution are expected to confirm scheduling in the weeks ahead.

During Friday's felony settlement conference at the Riverside Hall of Justice, Superior Court Judge Emma Smith is expected to schedule a second settlement conference for April and confirm with the prosecution and defense that they will be prepared to move forward with a preliminary hearing, beginning on May 14. 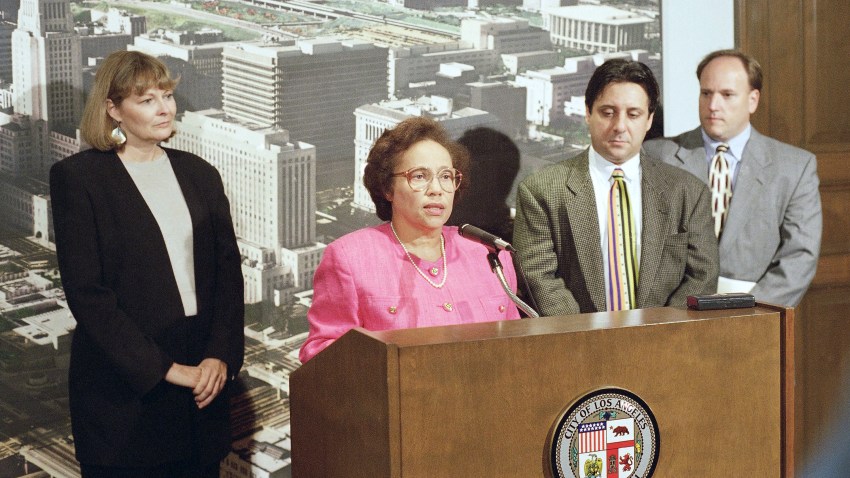 The hearing, which will determine whether there's sufficient evidence to try the couple on all or some of the charges, is expected to last several days.

The Turpins are each being held in lieu of $12 million bail at the Robert Presley Jail in Riverside and are facing 94 years to life in state prison if convicted.

Their children, whose ages range from 2 to 29, are in the care of county Child Protective Services and Adult Protective Services staff. Most of them were hospitalized in January for treatment of malnourishment and other disorders, but they have since been released and placed in undisclosed residential facilities, according to county officials.

According to District Attorney Mike Hestrin, the siblings suffered "severe neglect" and the alleged prolonged harm left them physically and cognitively damaged.

Hestrin has acknowledged that while the abuse was extreme, there's no evidence the Turpins had an intent to kill. But the D.A. was tight-lipped as to a possible motive. He alluded to a pattern of behavior that pointed to thedefendants' gratification from manipulation.

The alleged abuse of the kids at their Muir Woods Road residence involved choking and beatings, according to Hestrin, who said the punishments worsened, particularly after the family moved to California. He noted that the children were initially bound with ropes, but when they figured out how to escape from those bindings, the parents allegedly switched to chains and padlocks.

The siblings were allowed to shower once a year, and if they washed their hands above the wrist "they were accused of playing in the water and they were chained up," Hestrin said.

According to sheriff's investigators, the family moved to Murrieta in 2010, then to Perris in 2014. They had previously resided in Fort Worth, Texas and were reportedly preparing to relocate to Oklahoma, which may have prompted the defendants' 17-year-old daughter to escape the home and seek help.

The girl got out by jumping through a window shortly before 6 a.m. on Jan. 14, carrying a deactivated mobile phone with which she was able to dial 911, according to sheriff's Capt. Greg Fellows. She told dispatchers her 12 brothers and sisters were in need of help, and when deputies arrived, she presented them with photographs documenting conditions inside the residence," the captain said.

Fellows said three children were found chained to furniture in the residence.

The couple were not charged with torturing their 2-year-old, who appeared to have been properly fed.

The lewd acts charge against David Turpin stems from his alleged molestation of one of the girls.

Investigators said he was supposed to be home-schooling the victims, but it's unclear what, if any, curriculum they were following.