Foes in the midst of an acrimonious legislative fight to control California’s lucrative physical therapy trade may be nearing a showdown, with mud-slinging and finger-pointing reaching an intensity unusual even for the often rough-and-tumble politics of Sacramento. 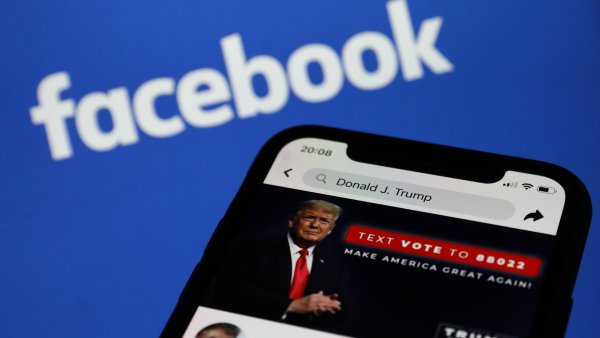 The verbal free-for-all involves an effort by Assemblywoman Mary Hayashi (D-Hayward) to push a new bill through the legislature that would permit medical corporations to hire their own physical therapists. Existing law bars such therapists from working for these corporations.
This seemingly technical issue has sparked political fireworks because it pits thousands of independent therapists against well-heeled doctors, podiatrists and chiropractors who want to control the physical therapy they prescribe for their patients, and to profit from it as well.
Independent therapists call this a “self-referral-for-profit” scheme and claim it would put them out of business and lead to substandard care
The controversy has provoked tough rhetoric in recent weeks, much of it focused on the agency charged with enforcing existing law and regulating physical therapists across the state.
Known as the Physical Therapy Board of California, it operates under the aegis of the state’s Department of Consumer Affairs.
Barry Broad, a lobbyist for a podiatry group that supports Hayashi’s new bill, had harsh for the board’s executive director, Steve Hartzell.
In a series of e-mails to NBC LA, Broad described Hartzell as “a regulator” who  “apparently spends a lot of time with the lobbying group for the profession he is supposed to regulate.”
Hartzell, Broad said  “is, in my view thoroughly corrupted… a pimp for those he is supposed to regulate.”
Hartzell, declined through a board spokeswoman to comment on what she characterized as “name-calling.”
But officials of a group of independent therapists who oppose the new bill contradicted Broad, saying that Hartzell has no involvement with them.
To complicate matters, the independent therapists Hartzell is charged with regulating have their own complaints about him. They claim that he and his agency haven’t done enough to enforce existing law, or to punish therapists who are working for medical corporations in violation of it.
“They still haven’t begun the investigative process to identify those therapists,” independent therapist and lobbyist Paul Gaspar said of the state board. “Because of the lack of enforcement of the law, what we have seen is real physical therapy jobs being given away to largely unlicensed and unqualified personnel.”
Meanwhile, Assemblywoman Hayashi, sponsor of the new bill, has joined the attack on Hartzell.
In a recent state senate hearing she complained that he and his board have not responded to her requests for information about “their relationship with the industry that they are supposed to be regulating.
“To this date we have not received anything,” she said. She also announced that she had asked state officials “to do an audit of the board.”
In response, Hartzell told the same committee, “I am just appalled personally that accusation can be made against me… Her statement that I did nothing is false.”
He added that Hayashi’s information requests involve his travel records for the past 22 years and that he has until early July to meet the legal deadline for them. “It is very upsetting to me that the assembly counsel will make this a personal issue.”
Gaspar told NBC LA that Hayashi and her allies are trying to cow Hartzell and his agency into paralysis. “Their strategy now appears to have shifted to delaying law enforcement as much as possible,” Gaspar said
If all this sounds like inside baseball with razors attached, what makes it a matter of public interest is the millions of dollars at stake. At present they flow mostly to independent therapists.
But that could change if Hayashi gets her bill passed. It has cleared the assembly but was recently voted down in the senate Business Professions and Economic Development Committee. Hayashi reportedly is set to reintroduce it into the committee on Monday. She declined to respond to NBC LA’s request for comment about this story.
Some of her bill’s co-sponsors -- including the California Medical Association, the California Chiropractic Association and the California Podiatric Medical Association, which Broad represents -- are among Hayashi’s top political donors.
Broad claimed that Hartzell had joined Gaspar’s group, the California Physical Therapy Association, in testifying against the Hayashi bill.
"I asked him whether he had any authority to testify in opposition to the bill and, if so, on behalf of whom,” Broad said. “It is entirely unethical in my opinion for him to spend any time whatsoever planning the legislative strategy for a trade group.”
Gaspar rejected Broad’s claims and said his group does not consult with Hartzell or coordinate its legislative strategy with him.
“Hartzell has no part in our activities,” he said.
NBC4 asked Hayashi’s co-sponsors if they subscribed to Broad’s characterization of Hartzell.
As of this writing, only the California Medical Association had responded. Molly Weedn, speaking for the organization, stated by e-mail, “CMA isn’t going to make a comment on the conversations that were overheard in the hallways of the capitol.”
She also said that Hayashi’s bill, which would legalize the hiring of physical therapists by medical corporations, “allows the physician and the PT to maintain constant communication. If you were having shoulder therapy, I assume you would want your physician to be in constant communication about the treatment plan and goals of your physical therapy, right?”
But, according to Gaspar, multiple studies in medical journals “have consistently shown increased health care costs, substandard care and concerns for treatment delivered by unlicensed personnel” when doctors retain their own physical therapists, he said.
Complete coverage of California's physical therapy legislation:
Doctor-Run Physical Therapy Clinics Scrutinized
Physical Therapy Bill Delayed
Correction: An earlier version of this story incorrectly indicated that Barry Broad is a lobbyist for a group of chiropractors. He is a lobbyist for a podiatry group.