The legislation's legacy is more complicated than it originally appeared, especially depending on who's telling the story

It’s not often that a president gets everything he asks for, but that’s what happened.

President Joe Biden wanted $1.9 trillion to help the country climb out of the coronavirus crisis last year, and Democrats in Congress delivered.

The American Rescue Plan was stuffed with rental assistance, tax rebates, direct payments and money to distribute vaccines that had just become available. Less than two months after Biden took office, it was a hopeful sign that he could fulfill his campaign promise to get Washington's often lumbering machinery working again.

But the legislation's legacy is more complicated than it appeared early on, when in the months after its passage even some Republicans were championing elements of the measure. Depending on who's telling the story, the bill has transformed into either Biden's first success or a trap that he set for himself.

It may well prove to have been a bit of both.

Friday is the anniversary of Biden's signing of the American Rescue Plan, and the second anniversary of the World Health Organization's declaration that the coronavirus had become a global pandemic. Looking back, administration officials defend the relief package as a necessary step to insulate the economy and promote a national rebound, and they point to historically low unemployment now as proof of their success.

“Looking at how resilient and equitable the recovery has been in the face of delta, omicron and now military conflict in Europe, that strategy already looks wise," said Gene Sperling, a Biden adviser tapped to oversee the legislation's implementation.

A fraction of the bill’s spending was devoted to directly combating the pandemic, including purchasing shots and treatments, supporting testing and vaccination sites, and treating those infected with the virus that has killed more than 959,000 in the U.S.

The rest was intended to backstop state and local governments, ease the pain of job losses and pump money into American pocketbooks.

Critics say the latter set of policies has driven up prices by fueling consumer demand at a time when supply chains couldn't keep up, sapping momentum from Democratic efforts to enact generational changes such as expanded education programs, subsidized child care and financial incentives for fighting climate change. 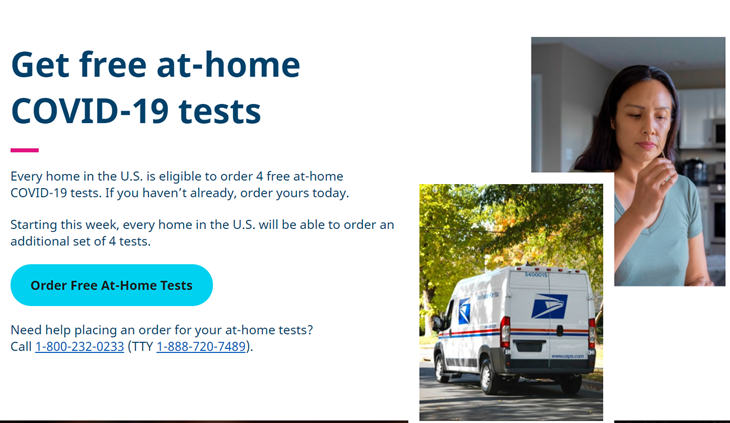 ‘We Can End the Shutdown': Biden Signals Resolve to Defeat COVID

“The gamble was it would create a success that would make people want to do more,” said Jason Furman, a Harvard professor and former top economic adviser to President Barack Obama. “But it contributed to inflation that made people want to do less.”

“In some ways, that’s the biggest consequence,” he added. “It was a gamble, and they lost that gamble, and it hurt.”

Inflation hit 7.9% over the last 12 months, the highest in four decades, and Furman estimated that the rescue plan was responsible for about 2.5 percentage points.

Administration officials reject those inflation estimates, pointing to a study from the San Francisco Federal Reserve Bank that said the rescue plan contributed to less than 1 percentage point of the increase.

"The stark reality is that there are higher prices and supply chain shocks in virtually every major economy in the world," Sperling said.

However, inflation was paramount when Sen. Joe Manchin, D-W.Va., killed Democratic dreams of using their unified control of Washington to greatly expand the social safety net. Biden's arguments that his agenda, known as “Build Back Better,” would limit rather than increase prices did not stick.

The failure of that legislation also sank efforts to extend the monthly child tax credit payments that began with the rescue plan. An estimated $93 billion was sent to 40 million families with 65 million children last year.

Rep. Pramila Jayapal, D-Wash., said she had no regrets about any inflation that the legislation might have caused, describing it as a “consequence that we have to work through.”

“There’s no question that the American Rescue Plan put money in people’s pockets, kept businesses open, got shots in arms and did the kind of things that our economy would need if it was going to recover,” said Jayapal, who chairs the Congressional Progressive Caucus.

Biden is still trying to get his aspirations back on track. Emilie Simons, a spokeswoman for the White House, said the president “continues to work with Congress on his agenda to lower kitchen table costs for American families — by addressing prescription drug prices, child care, energy costs, and more.”

One year after the American Rescue Plan was signed, the federal government has spent down nearly all of its direct COVID-19 assistance, which boosted supply of at-home tests, provided free virus treatment for the uninsured and paid for vaccine doses sent overseas to help prevent the emergence of more dangerous variants.

The hundreds of millions of dollars spent on television ads, promotions and incentives drove up vaccination rates on the margins, but proved to be no match for rampant misinformation and partisanship surrounding the life-saving shots. The U.S. vaccination rate for adults stands at 75% — well below other large advanced economies.

Now the White House is pushing Congress to urgently approve more money for antibody treatments, a preventative therapy for the immunocompromised and to fund community testing sites.

“We have to stay on guard,” President Joe Biden said while taking about coronavirus during his State of the Union address.

The funding proposal may become a casualty of negotiations over a broader budget measure that needs to pass by the end of the week to keep the federal government operating.

The omicron wave of coronavirus infections is rapidly receding, but more than 1,100 people in the U.S. are still dying each day from the virus. The vast majority are not vaccinated or boosted.

Although the pandemic has lasted much longer than Americans hoped, the U.S. is far closer to its pre-pandemic normal, as mask-mandates are on their way out across the country, nearly all schools are open for in-person learning and offices are beginning to fill up with workers once again.

As with the COVID funds, much of the rest of the money from the rescue plan has already flowed out the federal government's door, according to administration officials.

More than 170 million direct payments to individuals, known as Economic Impact Payments, worth at least $400 billion, were distributed. The average amount was $2,300.

Schools received $122 billion in relief funding, with additional dollars being directed toward homeless students and children with disabilities. Nearly $40 billion has been provided to colleges and universities.

Another $39 billion was provided to support child care services. More than 150,000 providers who serve more than 5 million children have gotten money.

More than $245 billion has been distributed to state, local, territory and tribal governments. Another $105 billion is scheduled to be distributed in May.

This pool of dollars for state and local governments has become among the more controversial aspects of the rescue plan, with some critics arguing that it was unnecessary because state governments ultimately saw double-digit growth in tax revenue.

“Imagine a grandfather in medical crisis waiting a few extra minutes for help to arrive,” he said.

Without the money, Kenney added, "it would have meant hundreds of layoffs of frontline city workers.”

Heidi Sheirholz, who leads the liberal Economic Policy Institute, said the legislation is “a core reason we’re in such an incredibly strong recovery right now.”

“I’m not saying it was perfect,” she said. “But it made it so households did not need to go into austerity.”

The rescue plan also provided nearly half of the funding for a $46.5 billion emergency rental assistance program, which began slowly as state and local officials struggled to launch a new system from scratch.

However, the program picked up steam last summer, and more than $25 billion has been distributed in 4.1 million payments. Treasury officials estimate that 80% of the money went to low-income tenants. The rest of the money is expected to be spent by the middle of this year.

Peter Hepburn, a research fellow with the Eviction Lab at Princeton University, said evictions in 2021 were about half of what they would have been in a normal year, suggesting that 1.36 million evictions were prevented. Even though the nationwide eviction moratorium expired last summer, evictions were down 33.1% in January and 27.7% in February.

He called it a "pretty stark accomplishment.”

Sperling pointed to the rental assistance program as an example of how the rescue plan will pay dividends into the future because evictions are the kind of setbacks that can derail American families for years.

“Preventing deeper harms is going to pay serious benefits, not just in terms of the longer term economy but also basic human well-being and dignity," he said.

Associated Press writers Farnoush Amiri in Philadelphia, Michael Casey in Boston and Fatima Hussein in Washington contributed to this report.