Democrat Joe Biden defeated President Donald Trump to become the 46th president of the United States. As he begins his transition to the presidency, Biden is pivoting from a bitter campaign battle to a more pressing fight against the coronavirus pandemic, which has hit the world’s most powerful nation harder than any other. Biden on Tuesday said "we’re going to get right to work" after announcing Monday a task force of public health experts to help his administration prepare to take on the virus.

Meanwhile, the Trump administration is throwing the presidential transition into tumult. Trump has refused to concede and blocked government officials from cooperating with Biden’s team. He has pursued legal challenges in several states and repeatedly made a barrage of false or dubious claims about large-scale voter fraud in Pennsylvania and other states that broke for Biden, so far without proof.

The outcome of Georgia and North Carolina's contests remain in play. Also hanging on the balance is control of the Senate, which hinges on two runoff races in Georgia that will be decided in January.

Here are the latest developments on the transition and election results:

President-elect Joe Biden has named Ron Klain his chief of staff, according to a news release from Biden's transition team.

Klain has decades of Washington experience that includes being Biden's chief of staff when he was vice president, in addition to serving as the Ebola response coordinator in 2014 and having a central role in the Obama administration's financial crisis response.

“Ron has been invaluable to me over the many years that we have worked together, including as we rescued the American economy from one of the worst downturns in our history in 2009 and later overcame a daunting public health emergency in 2014,” said Biden. “His deep, varied experience and capacity to work with people all across the political spectrum is precisely what I need in a White House chief of staff as we confront this moment of crisis and bring our country together again.”

Klain called it “the honor of a lifetime to serve President-elect Biden in this role, and I am humbled by his confidence."

"I look forward to helping him and the Vice President-elect assemble a talented and diverse team to work in the White House, as we tackle their ambitious agenda for change, and seek to heal the divides in our country,” Klain said.

Trump Meets With His Advisers

On Tuesday, the president held a similar meeting that was more focused on the status of the legal challenges, per the White House official.

A state court legal fight to stop the counting of mail ballots in the Las Vegas area has ended after the Nevada Supreme Court dismissed an appeal by the Donald Trump campaign and the state Republican party, at their request.

The dismissal leaves two active legal cases in Nevada relating to the 2020 presidential election, as a small number of remaining ballots are counted.

The campaign and GOP had tried to withdraw the appeal in the state case, submitting a document last week telling the seven-member court that it had reached a settlement calling for Clark County election officials to allow more observers at a ballot processing facility.

However, not all the parties in the lawsuit signed the agreement. The case also involved the national and state Democratic parties, the Nevada secretary of state and the Clark County registrar of voters.

Trump has refused to concede his loss to Democrat Joe Biden, falsely suggested there was widespread fraud and directed his campaign to challenge the results in court.

In a scathing Washington Post op-ed published Wednesday, Bolton said “any aggrieved candidate must at some point produce valid legal arguments and persuasive evidence,” and that "Trump has so far failed to do so, and there is no indication he can.”

"Do we in the GOP not trust our own base enough to absorb the truth?" Bolton posed. "They will find out in due course anyway if Trump’s election litigation indeed crashes into reality. Once in court, state or federal, before judges appointed by Republicans and Democrats, actual witnesses will have to raise their right hands and tell the truth, and then face gale-force cross-examination from lawyers for President-elect Joe Biden’s campaign. It’s one thing to tweet; it’s another thing to testify."

Bolton, who was fired by the president last year, said it’s a matter of U.S. national security to begin the transition process and warned that Republicans’ “passivity risks additional negative consequences for the country.”

With GOP Win in Alaska, Control of Senate Pushes to January

Control of the Senate won’t be decided until the new year after Republicans won a seat in Alaska.

Neither party is able to lock the majority until January Senate runoffs in Georgia. Republicans added to their ranks Wednesday when Alaska GOP Sen. Dan Sullivan defeated Al Gross, an independent running as a Democrat.

But with Democratic President-elect Joe Biden’s victory, Republicans are still short of the 51 seats they need for majority control. That's because the vice president of the party in power, which on Jan. 20 will be Kamala Harris, is the Senate tie-breaker on votes. That means if Republicans only have 50 seats, Democrats can control the Senate.

British Prime Minister Boris Johnson has called Donald Trump the “previous president” of the United States and said it was “refreshing” to talk to President-elect Joe Biden.

Johnson has had a warm relationship with Trump. He congratulated Biden on his election victory in a phone call on Tuesday.

Johnson told British lawmakers on Wednesday that he and Biden discussed plans to “stick up for NATO and to work together in the fight against climate change” -- issues on which Trump and the British leader have starkly different views.

Johnson says it was “refreshing” to have that conversation and he looks forward to “many more.”

Georgia Sec. of State: All Counties Will Do a Full Hand Recount

Georgia Secretary of State Brad Raffensperger announced that Georgia will conduct a full hand recount in the presidential election.

Georgia Secretary of State Brad Raffensperger has announced an audit of presidential election results that will trigger a full hand recount statewide.

Raffensperger said at a news conference Wednesday that his office wants the process to begin by the end of the week and he expects it to take until Nov. 20.

"It will be a heavy lift, but we will work with the counties to get this done in time for a state certification," he said. "Many of these workers will be working overtime."

Democrat Joe Biden has a more than 14,000-vote lead in the state's presidential race with nearly all ballots having been counted. NBC News has yet to make a projection in the presidential race in Georgia, deeming it too close to call.

President Donald Trump has won Alaska, according to a projection by NBC News.

With 75% of ballots counted, the solidly Republican state showed GOP incumbents in the races for president, U.S. Senate and U.S. House with largely similar tallies and sizable advantages over their Democratic opponents.

NBC News has yet to make projections in the presidential race in Georgia, Arizona and North Carolina because they are deemed too close to call. Biden is leading in Georgia and Arizona while Trump is up in North Carolina.

Sullivan's win gives Republicans 50 seats in the Senate to Democrats' 48, with control set to be decided by the two Georgia runoffs in January.

Trump to Emerge From the White House to Mark Veterans Day

President Donald Trump will participate in the Veterans Day observance at Arlington National Ceremony on Wednesday, emerging in public for the first time since his failed reelection bid to take part in the annual presidential rite.

Trump has spent the last several days holed up at the White House tweeting angry, baseless claims of voter fraud after his election loss.

He's made no public comments since President-elect Joe Biden surpassed the 270 electoral votes on Saturday needed to win the presidency. Instead, he’s offered a barrage of postings on Twitter alleging unfounded claims of irregularities in voting in several battleground states that went for Biden.

The 2020 election unfolded smoothly across the country and without any widespread irregularities, according to state officials and election experts, a stark contrast to the baseless claims of fraud being leveled by President Donald Trump following his defeat.

Election experts said the large increase in advance voting — 107 million people voting early in person and by mail — helped take pressure off Election Day operations. There were also no incidents of violence at the polls or voter intimidation.

“The 2020 general election was one of the smoothest and most well-run elections that we have ever seen, and that is remarkable considering all the challenges,” said Ben Hovland, a Democrat appointed by Trump to serve on the Election Assistance Commission, which works closely with officials on election administration.

In Wisconsin, a battleground state where Biden narrowly edged Biden, top election official Meagan Wolfe said there were no problems with the election reported to her office and no complaints filed alleging any irregularities.

Michigan Attorney General Dana Nessel, a Democrat, said the same was true in her state, which Biden also won.

Some incidents did get attention: In some Ohio and Texas counties, electronic poll books used to check in voters were sidelined when polls opened because they were still downloading a database update. That forced officials turn to paper backups or extend voting hours on Election Day. Some Georgia counties also grappled with poll book issues and with ballot-processing difficulties in a new statewide voting system.

That said, the errors seemed to have occurred at lower rates than in most elections, University of Iowa computer scientist Doug Jones said. 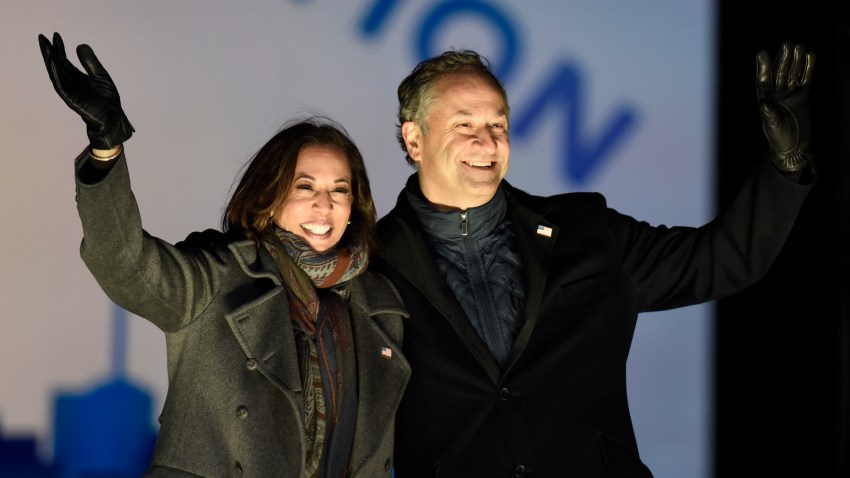 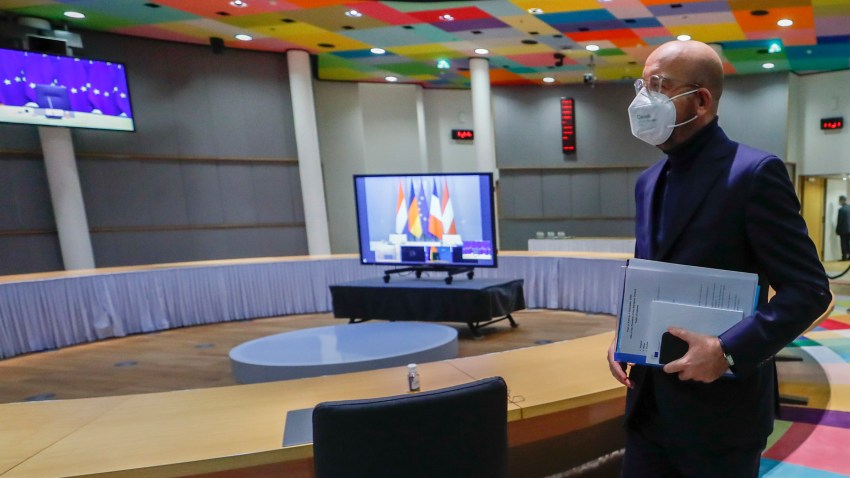 EU Eyes Reboot of Ties With US, Hopes to Meet Biden Soon