Democrat Joe Biden defeated President Donald Trump to become the 46th president of the United States. As he begins his transition to the presidency, Biden is pivoting from a bitter campaign battle to a more pressing fight against the coronavirus pandemic, which has hit the world’s most powerful nation harder than any other. Biden on Monday announced the members of a task force of public health experts to help his administration prepare to take on the virus.

Meanwhile, the Trump administration is throwing the presidential transition into tumult. Trump has refused to concede and blocked government officials from cooperating with Biden’s team. He has pursued legal challenges in several states and repeatedly made a barrage of false or dubious claims about large-scale voter fraud in Pennsylvania and other states that broke for Biden, so far without proof.

The outcome of contests in Georgia and North Carolina remain in play and the solidly Republican state of Alaska has also not been called because it is only 50% counted and will not release absentee numbers until Nov. 10. Also hanging on the balance is control of the Senate, which hinges on two runoff races in Georgia that will be decided in January.

Here are the latest developments on the transition and election results:

The move comes a day after Republican U.S. Sens. David Perdue and Kelly Loeffler called for Raffensperger's resignation, claiming he ran the election poorly but citing no specific incidents of wrongdoing.

Biden Vows to 'Get to Work'

Promising “we’re going to get right to work,” President-elect Joe Biden fought to confront the nation's competing crises — and fierce Republican resistance — on Tuesday and downplayed concerns that President Donald Trump's refusal to acknowledge his victory could undermine national security.

Biden downplayed the impact of the Republican resistance, which he said “does not change the dynamic at all in what we’re able to do.”

President-elect Joe Biden has released the names of his agency review teams, the groups of transition staffers that are typically afforded access to key agencies in the current administration to help smooth the transfer of power.

The president’s transition team released the names of hundreds of people on the teams. They’ll collect and review information ranging from budgetary and staffing decisions, pending regulations and other work in progress from current staff at the federal departments.

It remains unclear, however, how much engagement the Biden transition staffers will have with their counterparts at the various government agencies because President Donald Trump’s administration has yet to formally recognize Biden as the president-elect. A formal recognition from the General Services Administration is needed to allow Biden transition staff access to federal workers and much of the information they’ll need.

More than half of the staff on the teams are women, and approximately 40% “represent communities historically underrepresented in the federal government, including people of color, people who identify as LGBTQ+, and people with disabilities.”

Pompeo: 'There Will Be a Smooth Transition to Our Second Trump Administration'

When asked about a transition of power from President Donald Trump to President-Elect Joe Biden, Secretary of State Mike Pompeo said that every ballot must be counted, contradicting the president’s calls to stop counting ballots.

Secretary of State Mike Pompeo refused to say Tuesday whether the State Department is preparing to engage with President-elect Joe Biden's transition team, telling reporters "there will be a smooth transition to a second Trump administration."

Pompeo joined other Republicans and Trump allies in suggesting the election is not over, ignoring results showing that Biden had won, but later said the State Department was prepared for any eventuality.

“The world is watching what's taking place," Pompeo said. "We're gonna count all the votes. When the process is complete, there'll be electors selected. There's a process. The Constitution lays it out pretty clearly. The world should have every confidence that the transition necessary to make sure that the State Department is functional today, successful today and successful with a president who's in office on Jan. 20, a minute after noon, will also be successful.”

Pompeo also dismissed as “ridiculous” questions about whether the U.S. had lost credibility as a judge of other countries’ election because of Trump’s unproven claims of fraud at the polls.

Republican Wins Back US House Seat in Southern California

It’s a big victory Tuesday for the beleaguered California GOP after losing the seat in coastal Orange County’s 48th Congressional District in 2018.

It’s only the second time in over two decades that a Republican captured a Democratic-held congressional district in the state. And it comes two years after Republicans lost seven House seats to the Democrats.

Johnson’s support for Brexit and warm relationship with President Donald Trump have made many Democrats wary, but he was nonetheless among the first European leaders to congratulate Biden in a phone call.

Johnson’s office said the two men “discussed the close and longstanding relationship” between the two countries and promised to strengthen those bonds in areas including trade and security. In the 25-minute call, they also promised to work on “shared priorities, from tackling climate change, to promoting democracy, and building back better from the coronavirus pandemic,” Downing St. said.

“Build back better” is a slogan that Biden and the British government have in common.

Johnson invited Biden to attend the COP26 climate change summit in Glasgow next November and said he looked forward to seeing him at a G-7 summit that the U.K. is due to host in 2021.

The French president’s office released a video of Macron in his office, offering congratulations to Biden and Vice President-elect Kamala Harris during a call on Tuesday afternoon.

Vice President-elect Kamala Harris' husband, Doug Emhoff, will leave his job as a partner with a high-profile law firm to focus on his role in the new Biden administration.

A campaign spokeswoman said Tuesday that Emhoff will sever ties with DLA Piper by Inauguration Day. Emhoff took a leave of absence from the firm in August, when Harris was named Joe Biden’s running mate. Biden and Harris will be inaugurated Jan. 20.

While Emhoff is not a lobbyist, the firm has lobbied the federal government on behalf of a range of corporate clients. Ethics experts say that connection could have presented an appearance of conflicts of interest as the Biden administration tries to restore trust and ethics in government following President Donald Trump’s norm-shattering presidency.

Emhoff is working with the transition team to determine the issues he will take on as the vice presidential spouse. He is the first man to hold that role, as Harris is the nation’s first female vice president.

President Donald Trump is expected to launch a leadership political action committee (PAC), a fundraising arm that would allow him to maintain influence over Republican politics even after he leaves office, according to Trump campaign officials, NBC News reports.

“The president always planned to do this, win or lose, so he can support candidates and issues he cares about, such as combating voter fraud,” campaign spokesman Tim Murtaugh told NBC News in a statement.

Funds raised could pay for Trump's travel and political consultants over the next few years, for example, as he contemplates a potential 2024 run.

Alaska election officials plan to begin counting more than 155,000 absentee and other ballots Tuesday, a week after Election Day.

Some have questioned or criticized the lag, citing a provision of state law that says the counting of reviewed absentee ballots should begin the night of the election. But Maria Bahr, an Alaska Department of Law spokesperson, said absentee ballots are not deemed eligible for counting until voter histories have been run to guard against any possible duplicate votes.

The process involves going through precinct registers, which election officials were still receiving Monday, Division of Elections spokesperson Tiffany Montemayor said. She said it can take time for mail to arrive in the vast state.

“We're using every resource that we can to get those things in as fast as we can,” she said.

The head of the branch of the Justice Department that prosecutes election crimes resigned Monday hours after Attorney General William Barr issued a memo to federal prosecutors to investigate “specific allegations” of voter fraud before the results of the presidential race are certified.

Richard Pilger, who was director of the Election Crimes Branch of the DOJ, sent a memo to colleagues that suggested his resignation was linked to Barr’s memo, which was issued as the president’s legal team mount baseless legal challenges to the election results, alleging widespread voter fraud cost him the race.

“Having familiarized myself with the new policy and its ramifications, and in accord with the best tradition of the John C. Keeney Award for Exceptional Integrity and Professionalism (my most cherished Departmental recognition), I must regretfully resign from my role as Director of the Election Crimes Branch,” Pilger’s letter said, according to a copy obtained by NBC News. 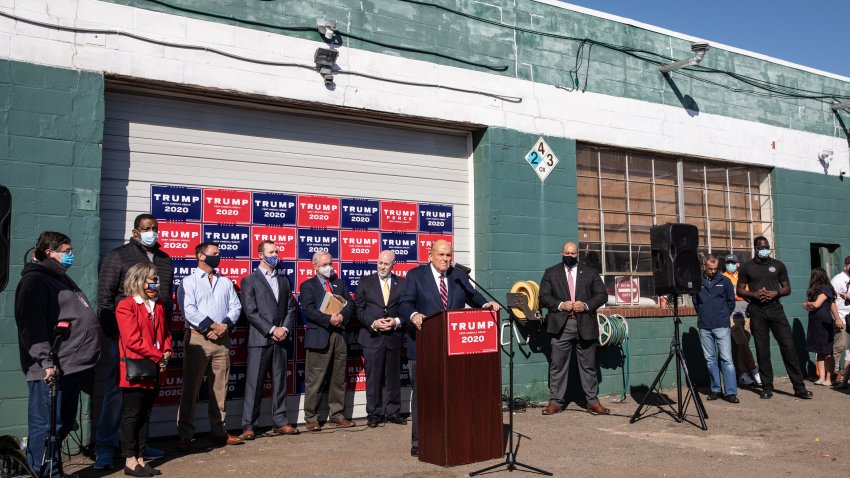 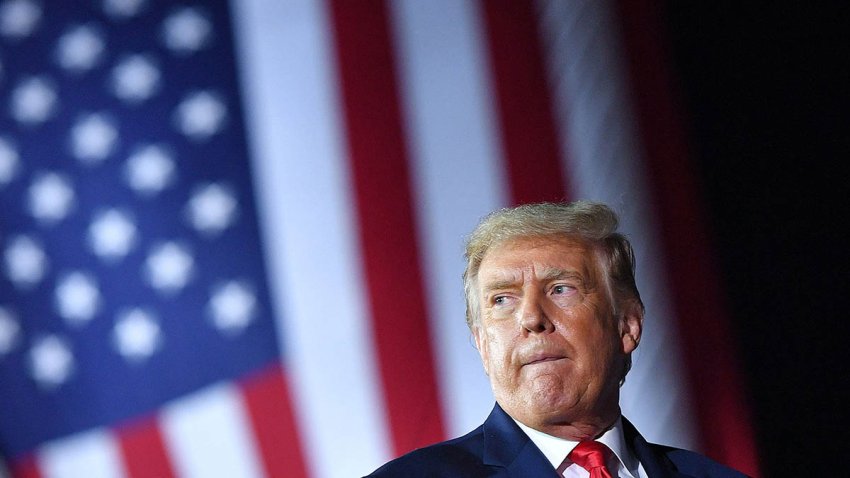