A quirk in how delegates are won under Democratic Party rules is raising the stakes for Tuesday's elections, allowing a candidate to make up ground in the race quickly — or fall further behind.

Five states — Michigan, Washington, Missouri, Mississippi and Idaho — hold Democratic primaries on Tuesday, while North Dakota has a caucus. All told, there are 352 delegates up for grabs. A candidate needs 1,991 delegates to win the Democratic presidential nomination.

That makes for only the fourth-largest delegate night on the primary calendar. But the intricate arithmetic of how delegates are won under Democrats' rules makes it possible for a candidate to reap a bigger haul of delegates with a smaller margin of victory on this Tuesday than on any other night. 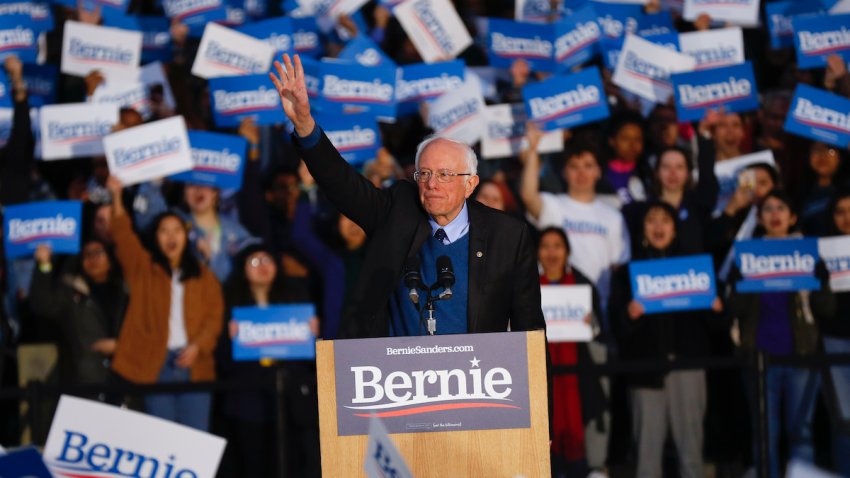 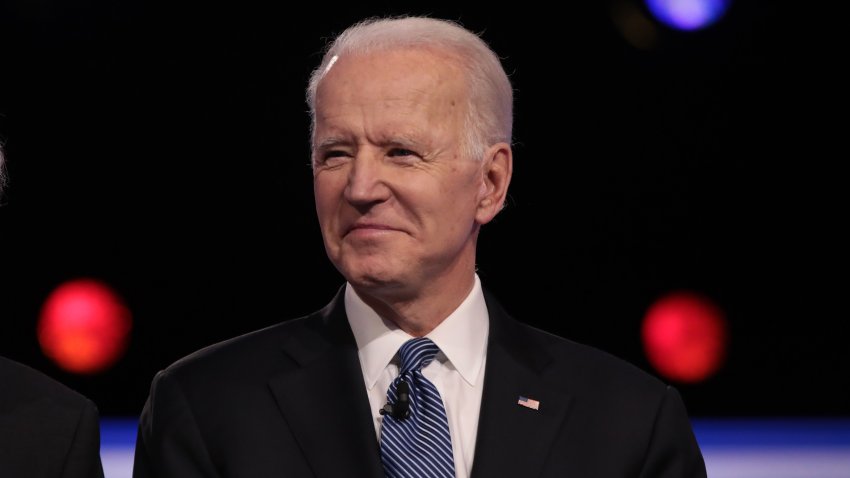 For Bernie Sanders, it's an opportunity to catch up to Joe Biden, who enters the day ahead by 96 delegates. For Biden, it's a chance to open up what could become an insurmountable lead.

How this happens may seem complicated, but it's nothing more than some basic math and an "odd" quirk of how delegates are won under party rules.

Most delegates awarded Tuesday — 65% — will be won based on how the candidates perform in individual congressional districts. Think of each district as holding a bucket of delegates. There are also two buckets of delegates in each state awarded based on the overall statewide vote.

On Tuesday, that makes for 51 buckets of delegates across the six states. A candidate needs to win at least 15% of the overall vote in a bucket to be "viable" — or to qualify to win delegates. (That 15% threshold means it's all but assured that only Biden and Sanders win any delegates from this point forward.)

First, the math. Party rules say each viable candidate wins a proportion of the delegates in each bucket based on his share of the votes cast for the viable candidates in that bucket.

Second, the quirk. Buckets that have an odd number of delegates are impossible to split evenly, meaning either Sanders or Biden is guaranteed to win at least one more than the other.

Nearly two-thirds of the 352 delegates at stake on Tuesday are in buckets with an odd number of delegates — more than on any other night with more than one primary.

Democratic National Committee member Elaine Kamarck, who was Walter Mondale’s delegate hunter during his campaign for president in 1984, said it’s "odd" how the odd-even districts work out, but it all adds up to whoever does best on Tuesday waking up Wednesday with "a comfortable haul."

But wait: It gets better — or worse, if you're the candidate who ends up behind. After the primaries on March 17, most of the delegates to be won come from buckets with an even number of delegates.

Why does that matter? It means Biden or Sanders will need to win far more than 50% of the vote in a bucket to win more delegates than his rival. From a bucket holding six delegates, a candidate needs more than 58.3% to win four delegates. In a district with eight delegates, the leader needs 56.3% to get five.

Put another way, a candidate could keep coming in second in the overall vote, but so long as he keeps the race relatively close, he'll still end up with the same number of delegates in an "even" bucket as the candidate who finishes first.

Sen. Bernie Sanders, I-Vt., won the Nevada Democratic caucuses in a runaway victory on Saturday. The second- and third-place winners have not yet been announced.

And that means whoever does best on Tuesday, and next week when Arizona, Florida, Ohio and Illinois get their turn, could end up with a delegate lead that can't be beat.

"It’s just funny how the numbers just work out," Kamarck said Monday, and that means Tuesday night is "a big deal."