In 2008, the county recorded 1.1 million ballots cast, and so far this year the county has received nearly 1 million ballots through the mail or from drop boxes, while also recording about 160,000 in-person votes, Orange County Registrar of Voters Neal Kelley said.

Kelley could not recall a turnout this robust.

We've never had that before at this stage of the game -- certainly after election day, but not before," Kelley said. 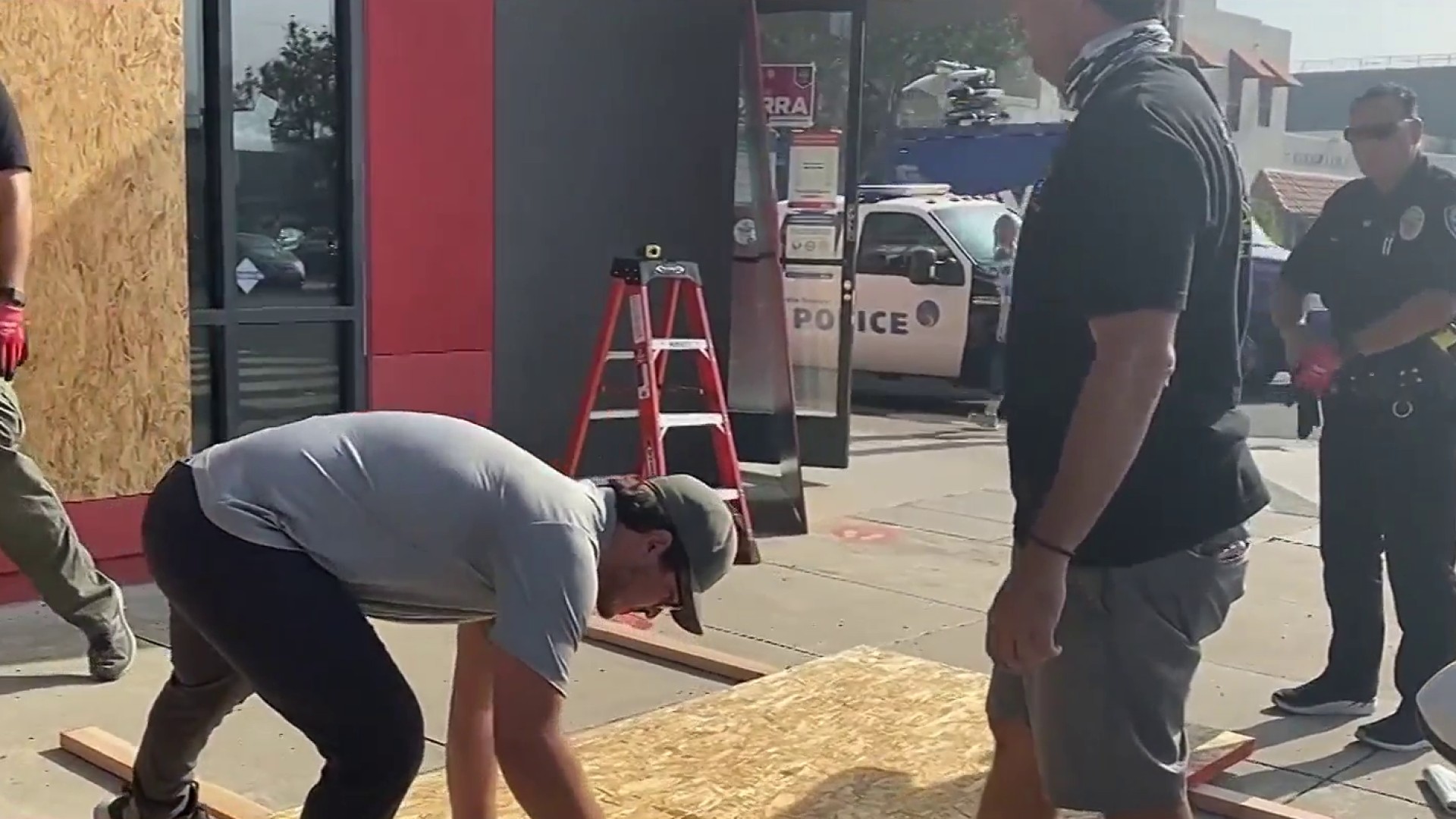 Some Businesses Board Up As Precaution for Post-Election Unrest 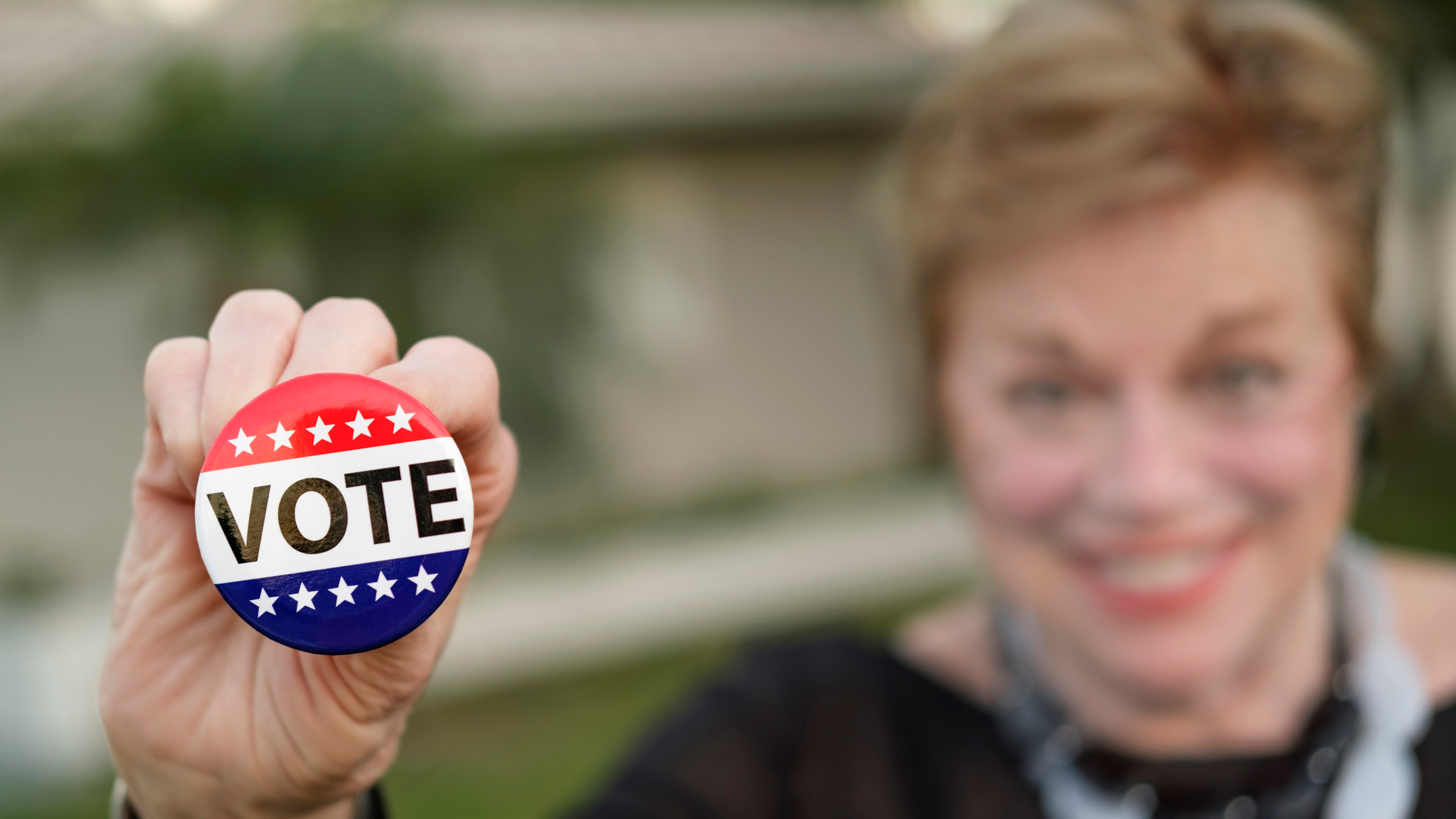 But Kelley said he was hoping in-person voting would be higher at this point, "because I don't want this crush on Election Day with COVID out there."

As for Tuesday, Kelley said, "I'm hoping it's mostly people turning in ballots rather than showing up'' to fill out a ballot at the county's vote centers.

The county is at 70% turnout as of Monday.

"There's going to be a ton mailed or dropped off," so it will take a few days to record all of the ballots, Kelley said.

The county started counting ballots on Oct. 6, so the first batch of returned ballots will be posted at 8:05 p.m. Tuesday, Kelley said.

Part of what spurred the early turnout were fears that surfaced this summer about cutbacks at the U.S. Post Office that could delay the delivery of ballots.

"I honestly thought early on there would be a damper on'' turnout because of concerns about COVID-19, Kelley said. "But in the last 60 or 90 days that went out the window because of what was going on with the mail. That has fired people up."

How does the electoral college work? Colleen Williams reported on NBC4 News on Monday, Nov. 2, 2020.

The county's voting super site at the Honda Center in Anaheim will be open on Tuesday, which will provide a safe way to cast a ballot because the county has 15,000 feet and more than 100 booths to space voters out, along with drive-through service. Motorists can request a ballot from the car, go park and fill it out before dropping it off from their vehicle.

The county also has 116 drop boxes and 42 vote center locations with drive-through service.

Kelley said he has about 300 staffers ready to respond to issues at the polls such as electioneering or voter intimidation.

"I've been pleasantly surprised so far because not a lot of issues have been cropping up," Kelley said. "We have a good plan in place. We haven't had but a trickle of complaints about intimidation. It's been fairly smooth so far.''

There are multiple contests on the ballot for city councils and school boards, most notably electing a successor to longtime Santa Ana Mayor Miguel Pulido, who has been on the City Council since 1986 and mayor since 1994.

Also bidding for a comeback is former Irvine Mayor Larry Agran, who was knocked off the council in 2014 and is running for a council seat again.

Another comeback bid is being made by former state Sen. Josh Newman in Senate District 29. The Democrat was recalled by voters in 2018 after casting a decisive vote for a gas tax increase. He is running to unseat GOP state Sen. Ling Ling Chang, who replaced him.

Leaders from different faith communities are going to be different types of poll watchers. Ted Chen reported on NBC4 News on Monday, Nov. 2, 2020.

Former state Sen. Janet Nguyen, who was defeated in a bid for re-election two years ago, is running for state Assembly against Democratic Garden Grove City Councilwoman Diedre Nguyen.

Republican Orange County Supervisor Andrew Do, the vice chairman of the board, is bidding for another term against Democratic Westminster City Councilman Sergio Contreras.

Ada Briceno, chairwoman of the Orange County Democratic Party, said she was optimistic about the party's candidates, noting Democrats have a 2.4-point registration lead over Republicans.

"That's almost 43,000 votes," she said. "We're definitely excited. I see the enthusiasm across the county, not only with volunteers but voters in general."

Whitaker acknowledged Democrats have turned out in higher numbers for early voting, but, "We've been catching up every single day."

"They can tie our candidates to the president, but we're tying their candidates to Newsom, and I don't know who's more unpopular" in California, Whitaker said.