Trump aides and allies have privately admitted the suits won't reverse the outcome in any state, suggesting the challenges are designed more to stoke his base

During a Pennsylvania court hearing this week on one of the many election lawsuits brought by President Donald Trump, a judge asked a campaign lawyer whether he had found any signs of fraud from among the 592 ballots challenged.

The answer was no.

“Accusing people of fraud is a pretty big step,” said the lawyer, Jonathan Goldstein. “We’re all just trying to get an election done.”

Trump has not been so cautious, insisting without evidence that the election was stolen from him even when election officials nationwide from both parties say there has been no conspiracy. 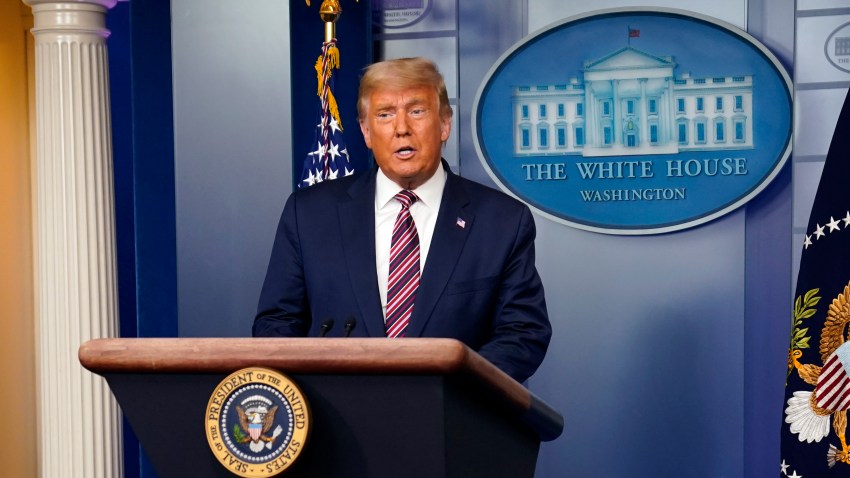 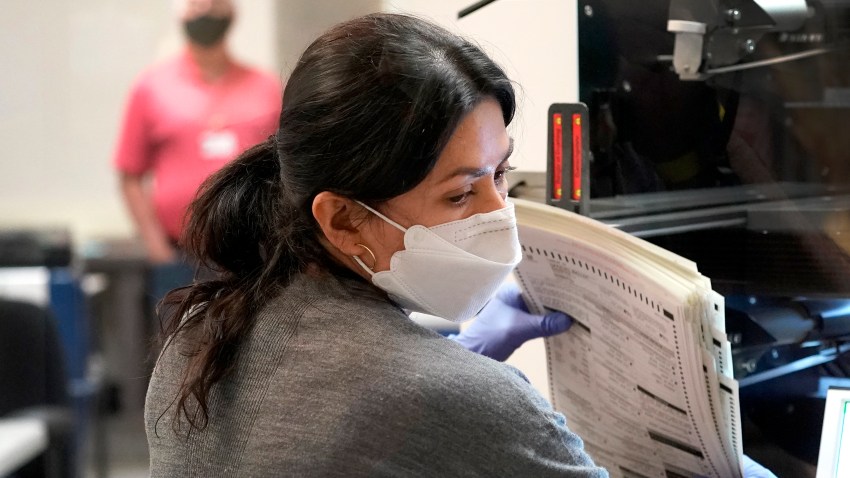 Trump loyalists have filed at least 15 legal challenges in Pennsylvania alone in an effort to reclaim the state’s 20 electoral votes. There is action, too, in Georgia, Arizona, Nevada and Michigan.

In court, his lawyers must walk a precarious line between advocating for their client and upholding their professional oath.

Legal ethicists and pro-democracy activists have questioned the participation of lawyers in this quest, as Trump clings to power and President-elect Joe Biden rolls out his agenda.

“This may be an attempt to appease the ego in chief, but there are real world consequences for real people that come out of that,” said Loyola Law School professor Justin Levitt, a former Justice Department elections official. “The attempt to soothe the president’s ego is not a victimless crime.”

As the city heads into the home stretch of counting ballots, Philadelphia city commissioner Al Schmidt, who is a Republican, pushed back against unfounded allegations of fraud in the presidential election. NBC10’s Lauren Mayk has the details.

“From the inside looking out, it feels all very deranged,” Schmidt said in an interview that aired Sunday. “Counting votes cast on or before Election Day by eligible voters is not corruption. It is not cheating. It is democracy.”

Untold voters, however, are accepting Trump’s claim about a rigged election and are donating to his legal fund.

A law firm involved in the election suits, Ohio-based Porter Wright Morris & Arthur, appeared to take down its Twitter feed Tuesday after it was inundated with attacks. The firm declined to address questions from The Associated Press about the feed in a statement issued Wednesday that said it had a long history of election work.

A second firm, Jones Day, said it was representing not the Trump campaign but the Pennsylvania GOP, in litigation before the U.S. Supreme Court over the three-day extension to accept mail-in ballots.

Nationally, the strategy is being run by Trump allies such as Rudy Giuliani, the president’s personal attorney; political operative David Bossie, who is not an attorney; and Jay Sekulow, a lead lawyer during the president’s impeachment trial this year. Bossie recently tested positive for COVID-19.

“There are certain names of elite lawyers that signal to the Supreme Court that something is serious,” said Hasen, a professor at the University of California, Irvine. Instead, “the campaign announced that it was putting Rudy Giuliani and David Bossie in charge.”

The low point of the effort undoubtedly came Saturday, when Giuliani held a news conference outside Four Seasons Total Landscaping in Philadelphia just after the race was called for Biden. Standing in the shadow of a sex shop and a crematorium, just down the road from a state prison, Giuliani called a disgruntled poll watcher to the microphone to discuss the “shenanigans” in the city.

Despite elections officials repeatedly confirming the safety and validity of the election results, President Donald Trump’s personal attorney, Rudy Giuliani, told reporters on Saturday that the Trump campaign would be going to court over their unfounded claims of election fraud.

Political observers tuning in from nearby Trenton, New Jersey, immediately recognized the man as a convicted sex offender and perennial candidate for office.

In another head-scratching moment, as the campaign tried to stop the vote count in Philadelphia last week, a judge tried to get to the bottom of a Republican complaint over observer access in the room where election workers were processing mail-in ballots.

“I am asking you as a member of the bar of this court, are people representing the Donald J. Trump for president (campaign) … in that room?” U.S. District Judge Paul S. Diamond asked.

Diamond made the two sides forge an agreement and threatened to charge them with contempt if they didn’t keep the peace.

Demonstrators gathered in cities across the U.S. on Wednesday over the ongoing vote count in battleground states, but they revealed starkly different concerns over election security.

Some of the suits filed on Trump's behalf appear to be hastily thrown together, with spelling errors (“ballet” for “ballot”), procedural mistakes and little to back up their claims. Judges have been skeptical.

In Michigan, Judge Cynthia Stephens dismissed one filing as “inadmissible hearsay within hearsay.” When Trump’s lawyers appealed, the next court kicked the filing back as “defective.”

The campaign has so far scored just one small victory, allowing their observers to stand a little closer to election workers processing the mail-in ballots in Philadelphia. But the litigation keeps coming, usually centered on accusations from partisan poll watchers, who have no auditing role in the election, that something untoward may have happened, without evidence to back it up.

Senate Majority Leader Mitch McConnell, R-Ky., insists the president is “100% within his rights" to look into fraud allegations and pursue his legal options. Attorney General William Barr has authorized the Justice Department to investigate “clear and apparently-credible allegations of irregularities.”

Either way, experts doubt the suits can reverse the outcome in a single state, let alone the election. Trump aides and allies have privately admitted as much, suggesting the challenges are designed more to stoke his base.