George P. Bush has made official what has been discussed for several months.

“I’m super excited to announce for Attorney General and looking to restore character, honor, and integrity to this important office for the constituents of Texas,” said Land Commissioner George P. Bush.

We asked Bush about taking on a fellow Republican.

“That’s right. It is not an easy decision. In fact, sometimes it's frowned upon but the stakes couldn’t be higher. 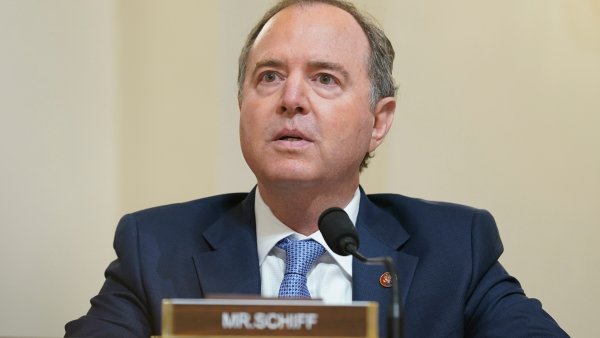 Trump's Not Going Away — and Neither Is Investigator Schiff

US Vows to Pay Relatives of Afghans Killed in Drone Strike

Bush said he decided to get into the race after Attorney General Ken Paxton was accused of using his office to help a wealthy donor. The FBI is now reportedly looking into this. Paxton has denied doing anything wrong.

“I just think it’s important that Texans have a different choice,” said Bush.

Paxton has a relationship with former President Trump, who Bush said he has spoken to twice.

“We’ve had great conversations. You know, I think we’re both focused on making sure we have the right team on the field in 2022 because the democrats are going to spend a lot of money in Texas,” said Bush.

Bush said his campaign will focus on character and integrity, backing the blue, securing the border, and human trafficking.  He will be on the border Thursday, as he kicks off his campaign.

“This is about our state population of close to 30 million having the right legal representation, the right chief attorney for the state's most important office, and it is probably going to get personal,” said Bush.

NBC 5 reached out to the Paxton campaign. They released this statement Wednesday night.

"Texans know Attorney General Paxton’s rock-solid conservative record. From defeating Joe Biden’s dangerous executive order halting deportations of illegal aliens, to his willingness to stand up for secure elections, Ken Paxton has been and will continue to be the tip of the spear in protecting President Trump’s America First principles. "Voters will also remember how General Paxton lead the effort to shut down Backpage, one of the largest human trafficking sites in the world, and even Mr. Bush publicly acknowledges there is no more conservative fighter than Attorney General Ken Paxton."

Former Galveston Mayor Joe Jaworski, running as a Democrat, released a statement about the Bush candidacy, saying,"Ken Paxton’s criminal, unethical and self-dealing behavior in office has cost Texas dearly, and he does not deserve another term. I’m glad to see Mr. Bush and other Republicans agreeing with my assessment. The Texas AG Republican primary, unfortunately, isn’t going to solve the root problem here: The contest between Paxton and Bush will be for Donald Trump’s endorsement, not to determine who’s best for Texas.  I’m running to serve all Texans as an ethical Attorney General, and I look forward to facing and defeating Mr. Trump’s hand-picked candidate in the 2022 general election."