House Approves $40B in Ukraine Aid, Beefing Up Biden Request

The new legislation would bring American support for the effort to nearly $54 billion, including the $13.6 billion in support Congress enacted in March

The measure sailed to passage by a lopsided 368-57 margin, providing $7 billion more than Biden's request from April and dividing the increase evenly between defense and humanitarian programs. The bill would give Ukraine military and economic assistance, help regional allies, replenish weapons the Pentagon has shipped overseas and provide $5 billion to address global food shortages caused by the war's crippling of Ukraine's normally robust production of many crops.

The measure was backed by every voting Democrat and by nearly 3 out of 4 Republicans. House debate reflected a perspective, shared broadly by both parties, that the U.S. has even more at stake than standing by Ukraine.

Even before Russia invaded Ukraine, the U.S. had been sending military equipment to the country for its defense. So where do these weapons come from? And how do these shipments affect our own military readiness? William Hartung, senior research fellow at the Quincy Institute for Responsible Statecraft, joined NBCLX storyteller Clark Fouraker to explain.

“The Ukrainian people, they need us, they are in desperate need of our support," said Rep. Rosa DeLauro, D-Conn., chair of the House Appropriations Committee. "Vladimir Putin and his cronies must be held responsible. This bill does that by protecting democracy, limiting Russian aggression and strengthening our own national security.”

“As China, Iran and North Korea watch our response, we must show the world that America stands firm with its allies and will do what is necessary to protect our interests abroad,” said Rep. Kay Granger of Texas, top Republican on that committee.

The new legislation would bring American support for the effort to nearly $54 billion, including the $13.6 billion in support Congress enacted in March. That's about $6 billion more than the U.S. spent on all its foreign and military aid in 2019, according to a January report by the nonpartisan Congressional Research Service, which studies issues for lawmakers. It's also around 1% of the entire federal budget.

The measure was released as Washington has become increasingly assertive about its goals and its willingness to help Ukraine with more sophisticated weapons. Defense Secretary Lloyd Austin said recently the U.S. wants a “weakened” Russia that can’t quickly restore its capability to attack other countries.

Russian attacks on Ukraine’s southern port of Odesa have intensified in what seems an attempt to hamper deliveries of Western arms. Those weapons have helped Ukraine hold its own surprisingly well against its more lethal foe, but the grinding war is taking its toll.

Senate approval of Ukrainian aid seems certain, and members of both parties have echoed the need for quick action. “As Putin desperately accelerates his campaign of horror and brutality in Ukraine, time is of the essence,” said House Speaker Nancy Pelosi, D-Calif.

Timothy Dolan, Archbishop of New York, is visited Ukraine while in Europe on a relief mission.

But it was unclear when the Senate would act, and changes there were possible, with Senate Minority Leader Mitch McConnell, R-Ky., insisting that the measure be narrowly focused on the war.

“I think we’re on a path to getting that done,” McConnell told reporters. “It needs to be clean of extraneous matters, directly related to helping the Ukrainians win the war.”

Some Republicans used the election-season debate to accuse Biden of being unclear about his goals.

“Honestly, do we not deserve a plan?" said Rep. Michael Burgess, R-Texas. He said he agrees that Western countries must help Ukraine stand up to Russia but added, "Does the administration not need to come to us with where we are going with this?”

Coons said the Ukrainian's message was: “Thank you, do more. We have a hard fight ahead. With your support, we can win.”

The new measure includes $6 billion to arm and train Ukrainian forces, $8.7 billion to restore American stores of weapons shipped to Ukraine and $3.9 billion for U.S. forces deployed to the area.

There's also $8.8 billion in economic support for Ukraine, $4 billion to help Ukraine and allies finance arms and equipment purchases and $900 million for housing, education and other help for Ukrainian refugees in the U.S.

To enhance the measure's chances in Congress, the House bill dropped Biden’s proposal to ease the pathway to legal permanent residency for qualifying Afghans who fled to the U.S. after last summer’s American withdrawal from that country. Some Republicans have expressed concerns about the adequacy of security screenings for applicants.

In their biggest concession, Biden and Democrats abandoned plans Monday to include additional billions of dollars to build up U.S. supplies of medicines, vaccines and tests for COVID-19. Republican support for more pandemic spending is waning and including that money would have slowed the Ukraine measure in the 50-50 Senate, where at least 10 GOP votes will be needed for passage.

Democrats hope to produce a separate COVID-19 package soon, though its fate is unclear.

Biden met in the White House Situation Room Tuesday with Pelosi and six other House Democrats who traveled recently to Ukraine and Poland. Afterward, Rep. Jason Crow, D-Colo., a member of that delegation and a former Army Ranger, said the Ukrainians need advanced drones and longer-range weapons like artillery, rockets and anti-ship missiles that will help them push back the Russians. 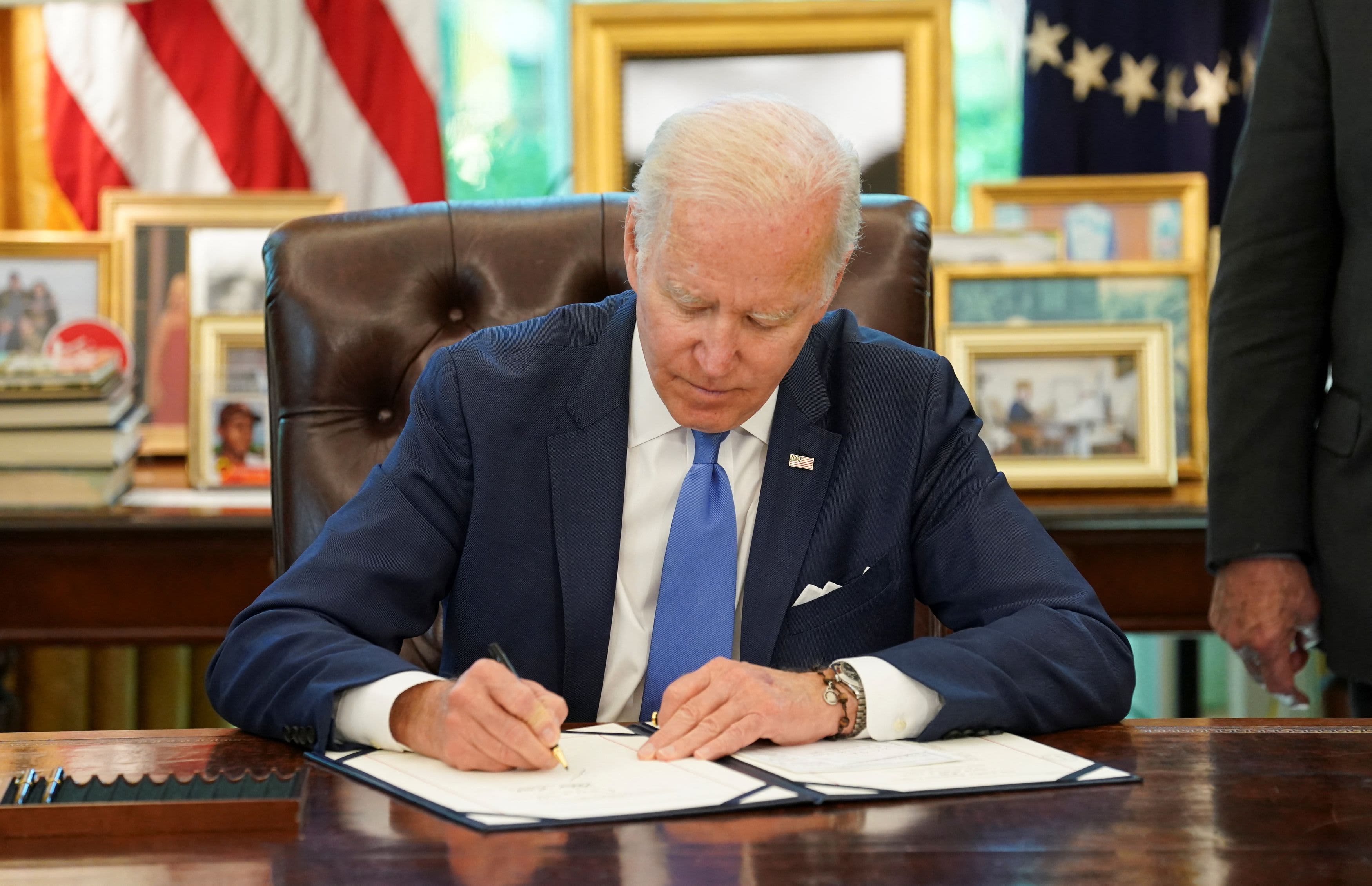 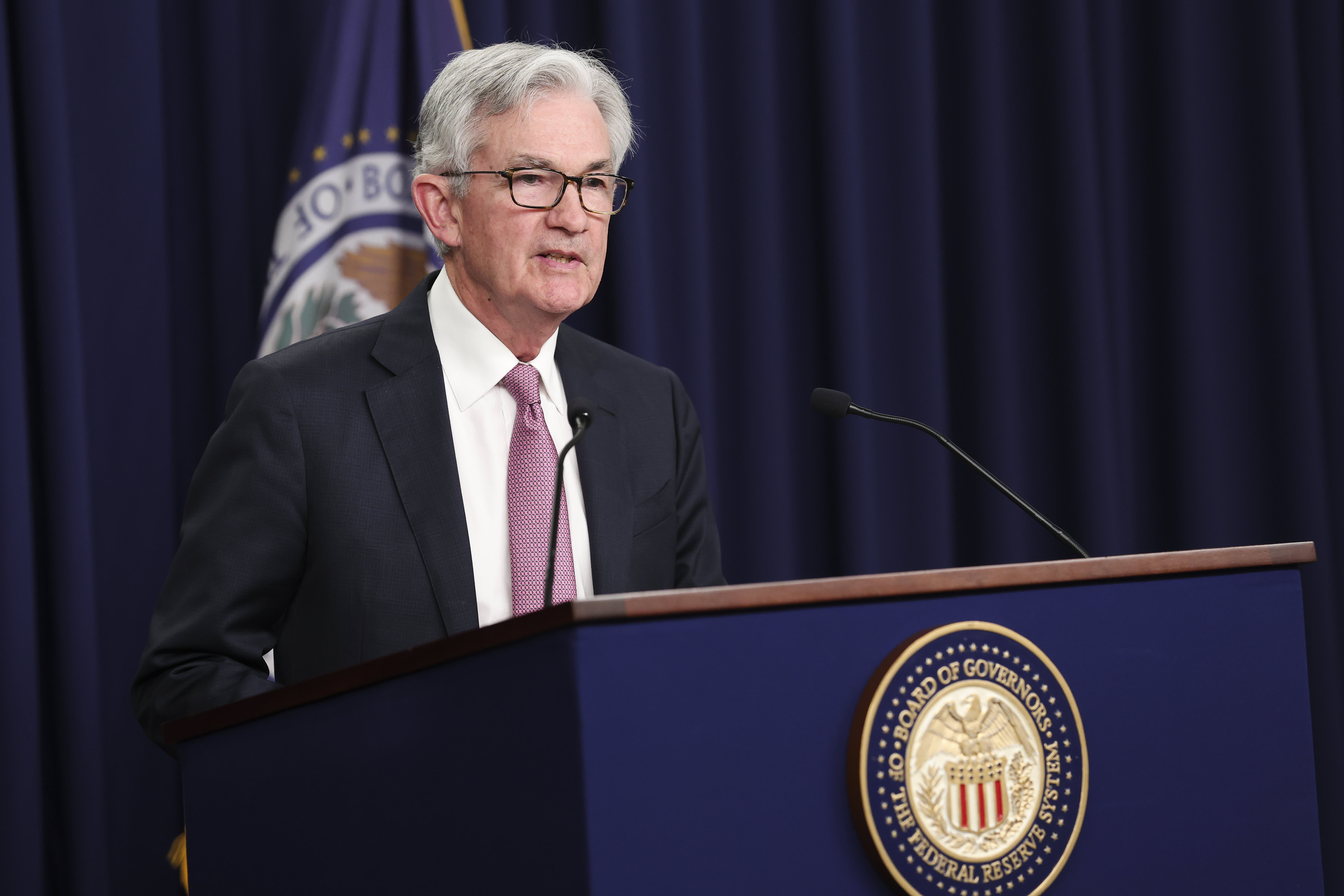