In IOC Report, LA is ‘Cool' and ‘Vibrant,' Paris Praised as ‘Cultural' and ‘Historical'

The IOC Evaluation Commission report points out the strengths of both hosting candidates, determined after site visits in May

The International Olympic Committee released a report Wednesday on potential host cities for the 2024 Summer Games, giving Los Angeles' plan high marks for its "transformative" and "futuristic" approach and praising Paris for showcasing the city's culture and history.

The report comes from the IOC Evaluation Commission was compiled over two days of briefings and site visits to Los Angeles and Paris in May.

It notes that Los Angeles requires "no additional permanent construction" to host the Olympics.

"With so many world-class sports facilities at its disposal, the Los Angeles venue inventory exceeds Games' needs," the report states. "LA 2024 does not require any new permanent Games-dependent venues and does not rely on public funding for any venue construction." 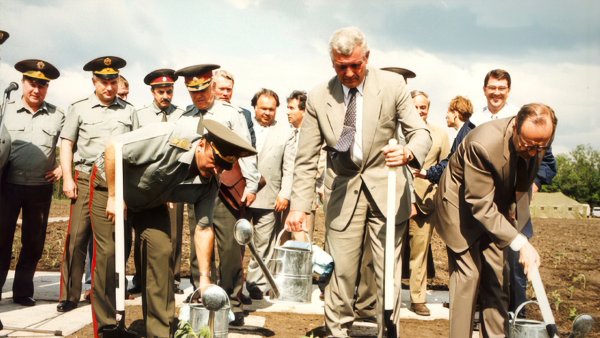 LA and Paris seem certain to both be awarded an Olympics. The only question remaining is which city will host in 2024.

The City of Light also received glowing reviews in the report for its large number of existing venues, Olympic history and "amazing backdrops."

"Members of the Evaluation Commission have used the terms 'forward-looking,' 'innovative,' 'vibrant,' and 'cool' to describe the Los Angeles candidature, and 'historical,' 'cultural,' 'iconic' and 'amazing backdrops' for that of Paris. Whatever the description, it truly is a tale of two great Olympic cities," said IOC member Patrick Baumann, chair of the 2024 Evaluation Commission. "The two projects are different in nature, but each city presents a proposal which is genuinely authentic and reflects the best of what each has to offer."

In June, the IOC formally issued its support for picking the 2024 and 2028 Olympic host cities at the same time this year. A meeting of the full IOC membership from July 11-12 in Lausanne can ratify the board's request. That should set up a vote on Sept. 13 in Lima, Peru, to confirm the hosting order.

At the mid-July meeting, up to 95 members are due in Lausanne to see LA and Paris bid leaders present their projects.

The report also praises the facilities at UCLA, which would be the location of the Olympic village, and says the campus "would be outstanding in all aspects and very low risk from an operational standpoint."

LA officials have set a tone suggesting they could accept 2028. That would help give the IOC clarity and security for the next decade after a turbulent period of cost overruns by Olympic host cities and local voters sinking potential bids, including some former rivals in the current contest.

Paris, however, has stood by its claim that land to build a 1.7 billion euro ($1.9 billion) athletes village is guaranteed only for 2024.