A federal judge in Los Angeles has ordered the U.S. government to allow people holding immigrant visas from seven majority-Muslim nations into the United States despite President Trump's executive order banning them.

In a temporary restraining order issued late Tuesday, Judge Andre Birotte Jr. ordered the government not to cancel any validly obtained immigrant visas or bar anyone from the seven nations holding them from entering the U.S.

But it was unclear whether the order will have any effect. The State Department ordered all visas from the seven countries revoked on Friday, and the government has maintained that orders similar to Birotte's do not apply because the visas are no longer valid. 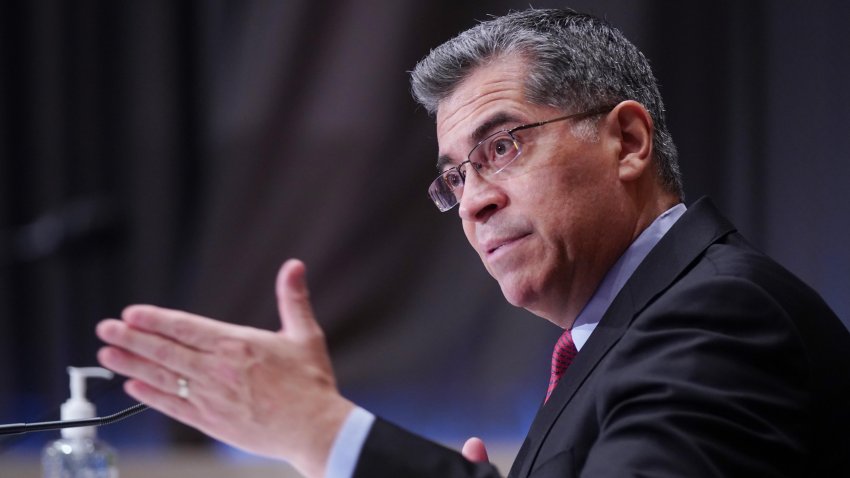 The State Department declined comment Wednesday on Birotte's order, saying it does not comment on pending litigation.

Stacey Gartland, a San Francisco attorney who represents a 12-year-old Yemeni girl whose parents and siblings are U.S. citizens living in California, acknowledged Wednesday that her client and hundreds of others with immigrant visas still may not be allowed in the U.S. under Birotte's order, but said she's optimistic.

"This court order is a major victory and definitely gives us a path forward," Gartland said. "It's just a matter of getting it into the right hands of someone who'll obey the court order."

Julie Goldberg, the Los Angeles-based immigration lawyer who filed the lawsuit that prompted Birotte's order, is trying to arrange flights for dozens of Yemeni citizens who have immigrant visas and are stranded in the tiny African nation of Djibouti, including the 12-year-old girl Gartland represents.

Gartland said two major airlines have turned them down but they are trying to work with smaller airlines that will follow Birotte's order.

"These are all children, parents and the spouses of U.S. citizens," Goldberg told The Associated Press from the Horn of Africa nation, emphasizing that those stranded are not refugees, though Yemen is engulfed in civil war. They received visas last week, she said.

Mohamed Mosleh Jeran is one of the many waiting. After his family's home was blown up in Yemen's conflict, he and his wife and two young children spent two years in Djibouti. Last month, their younger son died during what should have been routine surgery.

But Trump the next day announced his executive order suspending immigration from seven majority-Muslim countries. On Saturday, Jeran's family was turned away at the Turkish Airlines check-in counter, Goldberg said. A spokesman for the airline did not respond to a call for comment.

"Finally I am leaving Djibouti, but in my heart I was upset, I lost one of my kids," Jeran recalled to the AP. "But what can you do? This is life. I was happy my wife and son were leaving Djibouti, finally." But when they were turned away, "my wife, she was like a child, crying, my son, too.'"

Jeran has been accepted to the University of Toledo to begin a masters' program in March, Goldberg said.

"It's super frustrating," she said. "They're running out of money. Djibouti is very expensive. They can't go back to Yemen, they would be killed."

Yemen has been gripped by conflict since 2014. A Saudi-led coalition, backed by the United States, has been carrying out an air campaign against Iranian-backed Houthi rebels for nearly two years. Many Yemenis have fled on boats across the Bab al-Mandab strait to Djibouti or other Horn of Africa countries.

In the United States, relatives of the stranded Yemenis are anguished.

Esam Molhi and his wife, both green card holders from Yemen, now fear leaving for Djibouti to reunite with their 3-year-old daughter because Trump's order might keep them from returning home.

The girl was born in Yemen, and the U.S. Embassy there refused to let her fly with her mother to join Molhi in the U.S., Goldberg said. The family has been pursuing a U.S. visa for the girl since then.

The child is staying in a rented room in Djibouti with her Yemeni grandfather, Molhi told the AP from his home in San Francisco, where he works as an Uber driver. He has not yet seen her in person, and his wife has not seen her since she was a month and a half old.

"This is unfair," Molhi said of Trump's order. "I want him to feel as I feel, you know?"

The U.S. Embassy in Djibouti has posted an urgent notice online telling people, including those with dual nationalities, from the countries affected — Iraq, Iran, Libya, Somalia, Sudan, Syria and Yemen — not to schedule visa appointments or even attend existing visa appointments.