The Daily Mail's website in October 2019 published nude photos of Hill taken by her former spouse, Kenneth Heslep, according to the former congresswoman's Los Angeles Superior Court lawsuit, which was filed Dec. 22 and alleges state Civil Code violations and intentional infliction of emotional distress. Other defendants include RedState.com and Heslep.

In her written ruling, Judge Yolanda Orozco said she accepted the Daily Mail's argument that the publication of the photos was a matter of pubic concern.

"Here, the intimate images published by (the Daily Mail) spoke to (Hill's) character and qualifications for her position, as they allegedly depicted (Hill) with a campaign staffer whom she was alleged to have had a sexual affair with and appeared to show (Hill) using a then-illegal drug and displaying a tattoo that was controversial because it resembled a white supremacy symbol that had become an issue during her congressional campaign," Orozco wrote. 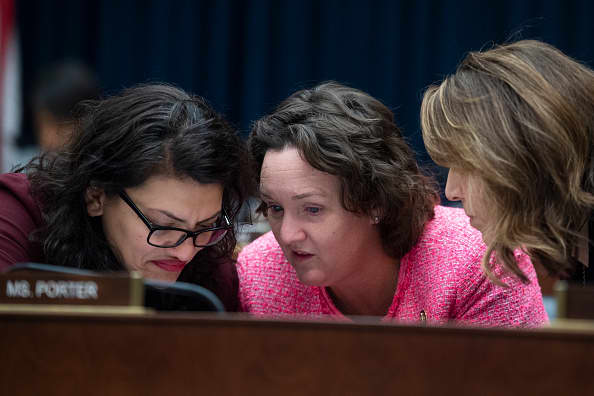 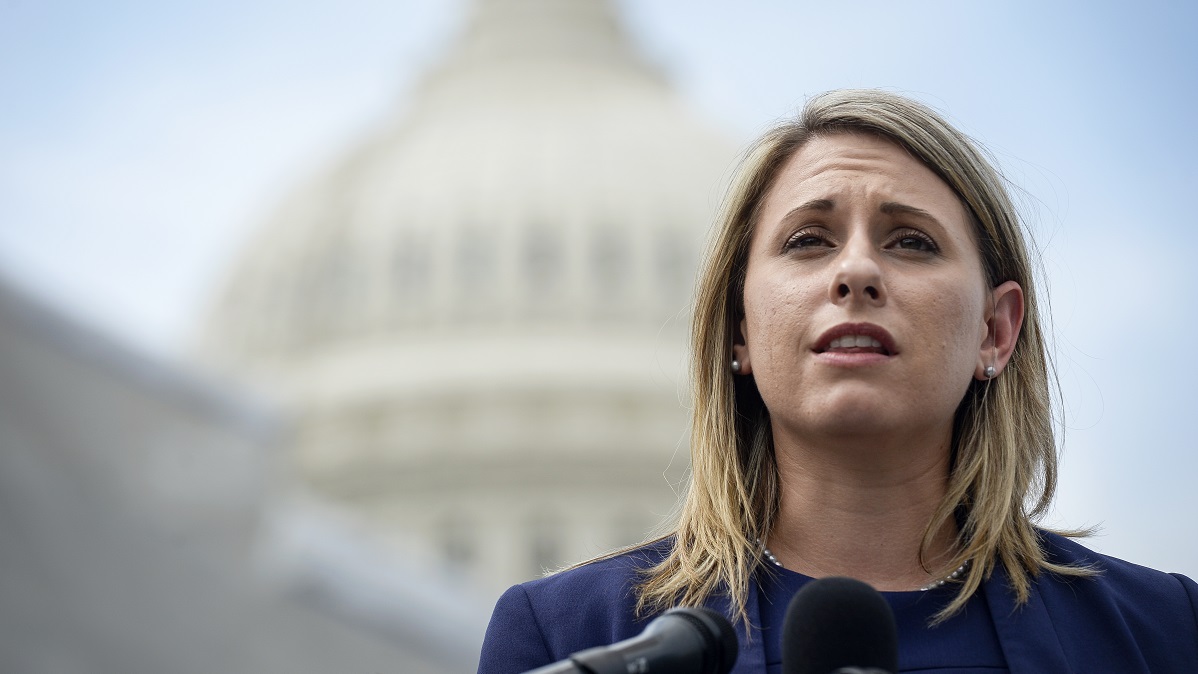 "Accordingly, the images were a matter of public issue or public interest."

Hill later tweeted a response to the ruling.

But Orozco said the photos were a matter of public concern.

"(Hill's) argument that the images are not a matter of public concern because (the Daily Mail) could have simply described the images rather than publishing them is unpersuasive, as the fact that information to be gleaned from an image may be disseminated in an alternative manner does not equate to a finding that the image itself is not a matter of public concern," the judge wrote.

Hill's attorney, Carrie Goldberg, said during Wednesday's hearing that there is something "fundamentally different" about the sharing of nude photos and that the judge's ruling gives anyone who calls himself or herself a journalist a pass to engage in similar actions, which she said could result in fewer women running for public office.

Hill said there are actually 16 articles by the Daily Mail involving her, not just the one in October 2019, and that the last occurred in December 2020. Goldberg also said that the attorneys' fees Hill is obligated to pay the Daily Mail for losing the motion could force the former representative into bankruptcy.

However, Daily Mail attorney Kelli Sager said the October 2019 publication is what is at issue in the lawsuit and not any subsequent articles or photos. Sager also said Hill and Goldberg should have known of the chance they could lose Wednesday's motion and have to pay attorneys' fees when they included a media defendant in the case.

The judge concurred with Sager, saying there is "not a lot I can do about it. Some of our laws have harsh results."

Orozco also that sharing is "what journalism is all about."

Heslep has previously denied allegations of abusing Hill, but the suit alleges otherwise.

Security footage that captured the moment a fast food employee attacked a customer is now at the center of a civil lawsuit.

"This case is about a man .... stopping at nothing to destroy the life of his ex-wife ... when she dared end their relationship after more than 15 years of physical, sexual, verbal, emotional and psychological abuse," Hill's court papers allege.

Hill, a Democrat, resigned her seat in 2019 after the nude photos of her were published and news emerged that she had a three-way relationship with her husband and a campaign staffer.

She publicly blamed her husband then for the release of the photos. Speaking in Congress in 2019, she decried a ``misogynistic culture that gleefully consumed my naked pictures, capitalized on my sexuality and enabled my abusive ex to continue that abuse, this time with the entire country watching."

Hill alleges in her court papers that she lived in fear that if she ever tried to leave, Heslep would kill them both and their animals.

In October 2019, months after Hill had left her relationship with Heslep for good, RedState.com published ``the first in a barrage of articles that included pictures and intimate text messages,'' according to Hill's court papers. "Then the sexually graphic photos were released."

Hill "suffered extreme emotional distress, attempted suicide and was forced to quit her job, which in this case was the representative of California's 25th Congressional District, one of the most difficult-to-get jobs in the universe," her court papers state.

On Dec. 8, Los Angeles Superior Court Judge Anne Richardson issued a temporary restraining order directing Heslep to stay at least 100 yards away from his 33-year-old ex-wife, as well as her mother and sister.

The couple officially divorced in October.

The seat had long been held by Republicans until Hill's 2018 victory over then-Rep. Steve Knight, R-Palmdale. After Hill's resignation, Republican Rep. Mike Garcia defeated Democratic Assemblywoman Christy Smith in a special election to fill the final 7 1/2 months of the term.

Garcia then beat Smith again by a razor-thin margin in November's election for a full two-year term.