The demonstrations came as protests rippled across the country.

Attorneys volunteering to help travelers and protest slept at LAX overnight. They told NBC4 they estimated 120-130 travelers had been detained in the past 24 hours. 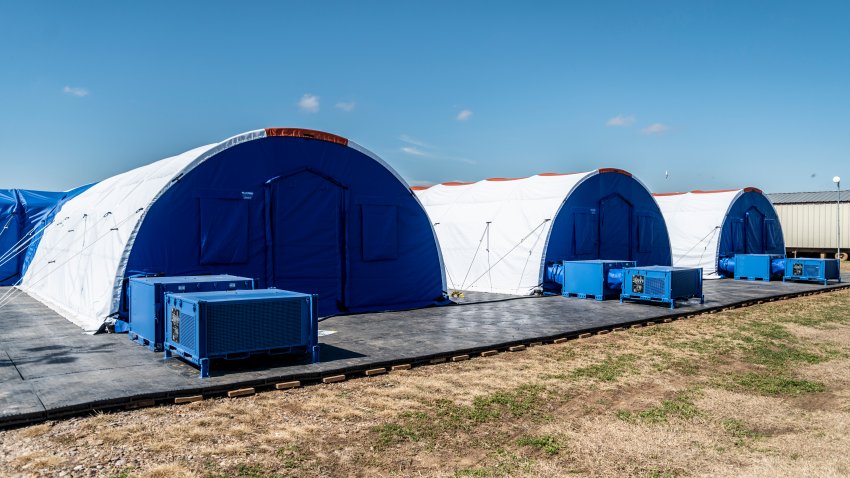 Amid Surge, US Tries to Expedite Release of Migrant Children 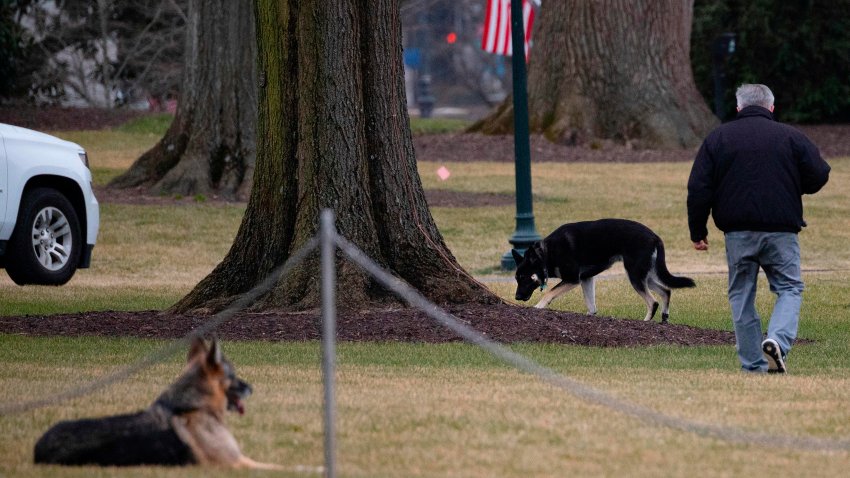 LAX warned travelers of traffic delays due to the protests, which drew to a close early Monday.

A major segment of the loop road at LAX was temporarily closed Sunday, as thousand of people protesting President Donald Trump's temporary immigration actions snarled traffic and confronted a smaller number of counter-protesters.

The protests come as the White House -- faced with chaotic confusion in customs checkpoints and protest at airports -- backed off significantly Sunday.

Neda Naemi, a refugee who has lived in United States for 16 years with a green card said she was detained at LAX for 10 hours.

The Department of Homeland Security released a statement Sunday morning stating less than 1 percent of travelers had been inconvenienced.

White House Chief of Staff Reince Priebus said on the NBC broadcast "Meet The Press'' that all green card holders would not be prevented from entering the United States.

The LAX protests began at 11 a.m with more at 1 p.m. at the departures level of Tom Bradley International Terminal, according to Ester Lim of the Service Employees International Union.

Observers said the protests began as word spread about dozens of people being detained or turned away as friends and relatives came to meet them.

The emergency stay made it "a remarkable day,'' according to American Civil Liberties Union executive director Anthony D. Romero. "The courts can work.''

"Awaiting info on the detained,'' immigration attorney Nicholas Mireles said in an email to City News Service. "Only LPRs ( Legal Permanent Residents) have been released. No visa holders unfortunately.''

The American Civil Liberties Union reported seven people were detained at LAX Saturday under the executive order, Lim said. The ACLU brought the class action lawsuit that led the federal court in New York to issue the emergency stay.

Another protest promoted on social media drew about 60 demonstrators to the federal building at 300 N. Los Angeles St. today.

Protesters chanted: "No ban, no wall,'' "Say it loud, say it clear. Immigrants are welcome here.''

A woman who would only identify herself as Hanna from Malibu said she decided to join the protest on the spur of the moment. One side of her handwritten sign was reminiscent of the character Donny in the iconic film "The Big Lebowski.'' It read: "Forget it Donny. You're out of your element,'' referring to President Trump.

"Everyone needs a laugh,'' she said.

"Los Angeles will always be a place of refuge, where the most vulnerable people fleeing war, or religious or political oppression, can find a safe and welcoming home,'' Los Angeles Mayor Eric Garcetti said. "Congress outlawed the banning of immigrants by nationality more than 50 years ago because we have long known it does not make us safer.''

Garcetti urged airport protesters to "remain calm and act lawfully and peacefully so LAX can continue to operate smoothly and our passengers stay safe.''

He promised "to do everything in my power to make certain that any travelers entering our city have the resources and support they need to feel secure and accepted in LA.''

The ban also applies to people with passports from more than one country including those not covered also those that are, green cards and student visas.

It does not apply to people from Egypt, Saudi Arabia, Turkey, United Arab Emirates and Lebanon. Political observers say these are all countries where Trump has business interests, but officials say these countries are also prominent U.S. allies.

Following the backlash, the president released the following statement:

"America is a proud nation of immigrants and we will continue to show compassion to those fleeing oppression, but we will do so while protecting our own citizens and border. America has always been the land of the free and home of the brave. We will keep it free and keep it safe, as the media knows, but refuses to say. My policy is similar to what President Obama did in 2011 when he banned visas for refugees from Iraq for six months. The seven countries named in the Executive Order are the same countries previously identified by the Obama administration as sources of terror. To be clear, this is not a Muslim ban, as the media is falsely reporting. This is not about religion - this is about terror and keeping our country safe. There are over 40 different countries worldwide that are majority Muslim that are not affected by this order. We will again be issuing visas to all countries once we are sure we have reviewed and implemented the most secure policies over the next 90 days. I have tremendous feeling for the people involved in this horrific humanitarian crisis in Syria. My first priority will always be to protect and serve our country, but as President I will find ways to help all those who are suffering."