An attorney for the former White House chief of staff cited a breakdown in negotiations with the panel investigation the Jan. 6 Capitol insurrection

The leaders of the House committee investigating the Jan. 6 Capitol insurrection are threatening to hold former White House chief of staff Mark Meadows in contempt of Congress after his lawyer said Tuesday that his client will cease cooperating with the panel.

In an abrupt reversal, Meadows attorney George Terwilliger said in a letter that a deposition would be “untenable” because the Jan. 6 panel “has no intention of respecting boundaries” concerning questions that former President Donald Trump has claimed are off-limits because of executive privilege. Terwilliger also said he learned over the weekend that the committee had issued a subpoena to a third-party communications provider that he said would include “intensely personal” information.

“As a result of careful and deliberate consideration of these factors, we now must decline the opportunity to appear voluntarily for a deposition,” Terwilliger wrote in the letter.

The committee’s Democratic chairman, Mississippi Rep. Bennie Thompson, and Republican vice chairwoman, Wyoming Rep. Liz Cheney, said in a statement that they will have “no choice” but to vote on recommending contempt charges against Meadows if he does not show up for a previously scheduled closed-door deposition Wednesday. 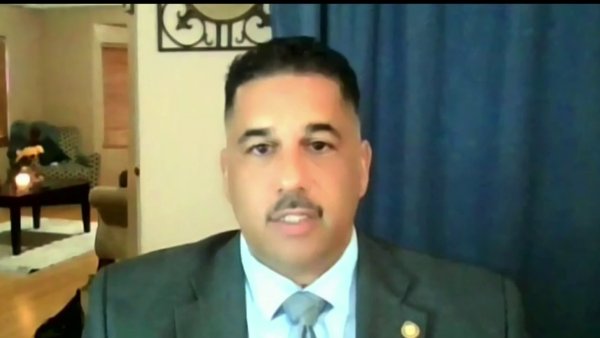 “Tomorrow’s deposition, which was scheduled at Mr. Meadows’s request, will go forward as planned,” Thompson and Cheney said in a statement.

Meadows’ decision not to cooperate is a blow to the committee, as lawmakers were hoping to interview Trump’s top White House aide about Trump’s actions during and ahead of the violent attack of his supporters. They had also hoped to use Meadows as an example to other witnesses who may be considering not cooperating as Trump has filed legal challenges to block the panel’s work.

Lawmakers on the committee have blasted Meadows’ reluctance to testify, citing privilege concerns, while he is also releasing a book this week that details his work inside the White House. Thompson and Cheney said they also have questions about documents Meadows has already turned over to the panel.

“Even as we litigate privilege issues, the Select Committee has numerous questions for Mr. Meadows about records he has turned over to the Committee with no claim of privilege, which include real-time communications with many individuals as the events of January 6th unfolded,” they said in the statement.

Thompson and Cheney said the panel also wants to speak to Meadows about “voluminous official records stored in his personal phone and email accounts” that could be turned over to the committee by the National Archives in the coming weeks. Trump has sued to stop the release of those records, and the case is currently pending in the U.S. Court of Appeals.

The two committee leaders did not comment on Terwilliger’s claim about subpoenas to third-party communications providers. The committee in August issued a sweeping demand that telecommunications and social media companies preserve the personal communications of hundreds of people who may have been connected to the attack, but did not ask the companies to turn over the records at that time.

Terwilliger said in a statement last week that he was continuing to work with the committee and its staff on a potential accommodation that would not require Meadows to waive the executive privileges claimed by Trump or “forfeit the long-standing position that senior White House aides cannot be compelled to testify” before Congress.

“We appreciate the Select Committee’s openness to receiving voluntary responses on non-privileged topics,” he said then.

Thompson said then that the panel would “continue to assess his degree of compliance” and would take action against Meadows or any other witnesses who don’t comply, including by voting to recommend contempt charges. The House has already voted to hold longtime Trump ally Steve Bannon in contempt after he defied a subpoena, and the Justice Department indicted Bannon on two counts.

In halting cooperation, Terwilliger cited comments from Thompson that he said unfairly cast aspersions on witnesses who invoke their Fifth Amendment right against self-incrimination. A separate witness, former Justice Department official Jeffrey Clark, has said he will invoke those Fifth Amendment rights, prompting questions from the committee about whether he would directly acknowledge that his answers could incriminate him.

Thompson said last week that Clark’s lawyer had offered “no specific basis” for Clark to assert the Fifth and that he viewed it as a “last-ditch attempt to delay the Select Committee’s proceedings,” but he said members would hear Clark out. The committee has already voted to recommend contempt charges for Clark, and Thompson has said it will proceed with a House vote if the panel is not satisfied with his compliance at a second deposition on Dec. 16.

In his new book, released Tuesday, Meadows reveals that Trump received a positive COVID-19 test before a presidential debate. He also reveals that when Trump was later hospitalized with COVID, he was far sicker than the White House revealed at the time.

Trump — who told his supporters to “fight like hell” before hundreds of his supporters broke into the Capitol and stopped the presidential electoral count — has attempted to hinder much of the committee’s work, including in the ongoing court case, by arguing that Congress cannot obtain information about his private White House conversations.