As White House counsel, McGahn had an insider's views of the president's anger toward the investigation and efforts to control it

Former White House counsel Don McGahn told lawmakers in a closed-door interview last week that he regarded President Donald Trump's effort to have special counsel Robert Mueller fired as “a point of no return" for the administration if carried out.

McGahn, who resisted Trump's directive that he contact then-Deputy Attorney General Rod Rosenstein to press for Mueller's removal from the Russia investigation, said the demand seemed “an inflection point” that would have prompted Rosenstein either to fire Mueller or resign himself, according to a transcript released Wednesday by the House Judiciary Committee.

“We are still talking about the Saturday Night Massacre decades and decades later,” McGahn said, referring to when two senior Justice Department officials resigned in 1973 rather than follow President Richard Nixon’s orders to fire the special prosecutor leading the Watergate probe.

“And, looking back, you always, as a student of history, wonder, could things have gone differently if different people made different decisions? And here my thought was, fast-forwarding, you know, what this is going to look like down the road,” he said.

The top members of the House Judiciary Committee, Reps. Jerrold Nadler, D-N.Y., and Doug Collins, R-Ga., offered up their thoughts after former White House counsel Don McGahn did not comply with a subpoena to appear in front of the committee on Tuesday.

McGahn’s hours-long appearance before the committee last Friday, two years in the making and the product of a prolonged court fight, covered many of the episodes at the center of Mueller’s investigation into whether Trump had obstructed justice, the 241-page transcript shows. In the interview, he detailed the president's agitation at the special counsel's investigation and various pleas to have McGahn intervene in an effort to control the course of it.

Even if McGahn's recollections were already well-documented in the Mueller report, and even if he was unlikely to break new ground before the House, Democrats had continued pushing for the lawyer's testimony to set a clear precedent that executive branch officials must comply with congressional subpoenas. McGahn was one of many Trump administration officials who ignored Congress through the Russia investigations and two impeachments.

House Judiciary Committee Chairman Jerrold Nadler said in a statement after the interview that it was “a great victory for congressional oversight,” although two years had been too long to wait. After Democrats first subpoenaed McGahn, Trump was impeached twice by the House and acquitted twice by the Senate.

McGahn made sure to stick to the ground rules, frequently asking the committee lawyers to refer to pages of Mueller’s report. He also indicated his memory was hazy on some of the details. “You’re putting me back four years and trying to remember what was going through my mind,” he told the questioners at one point. 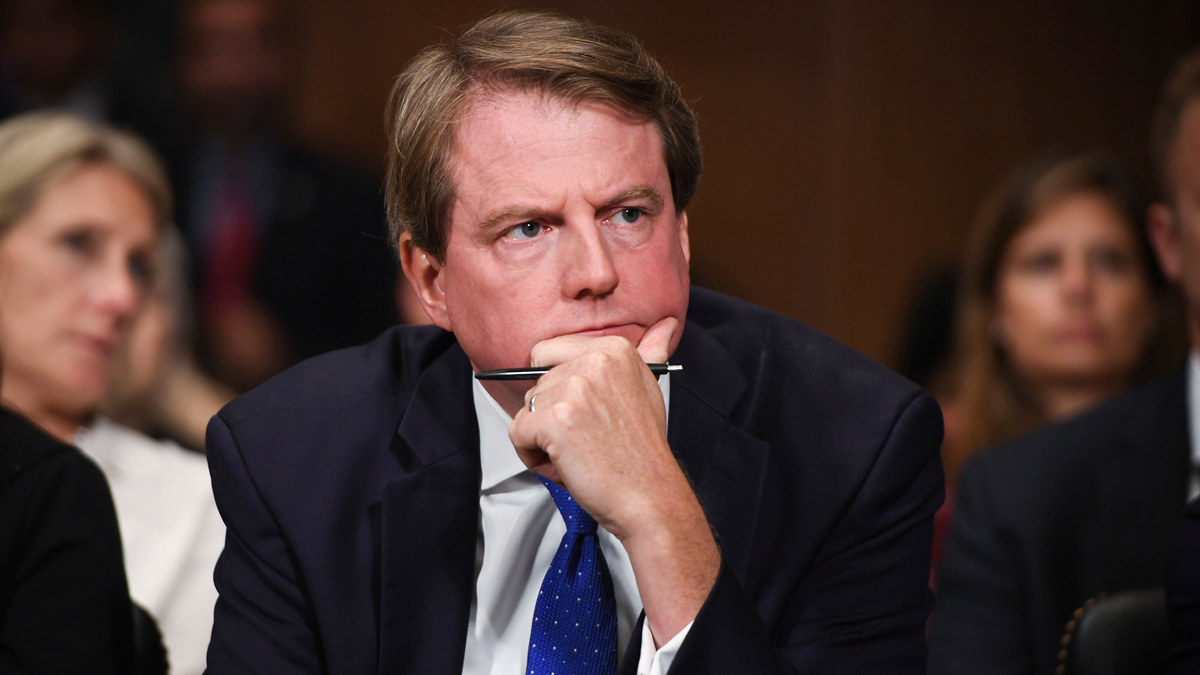 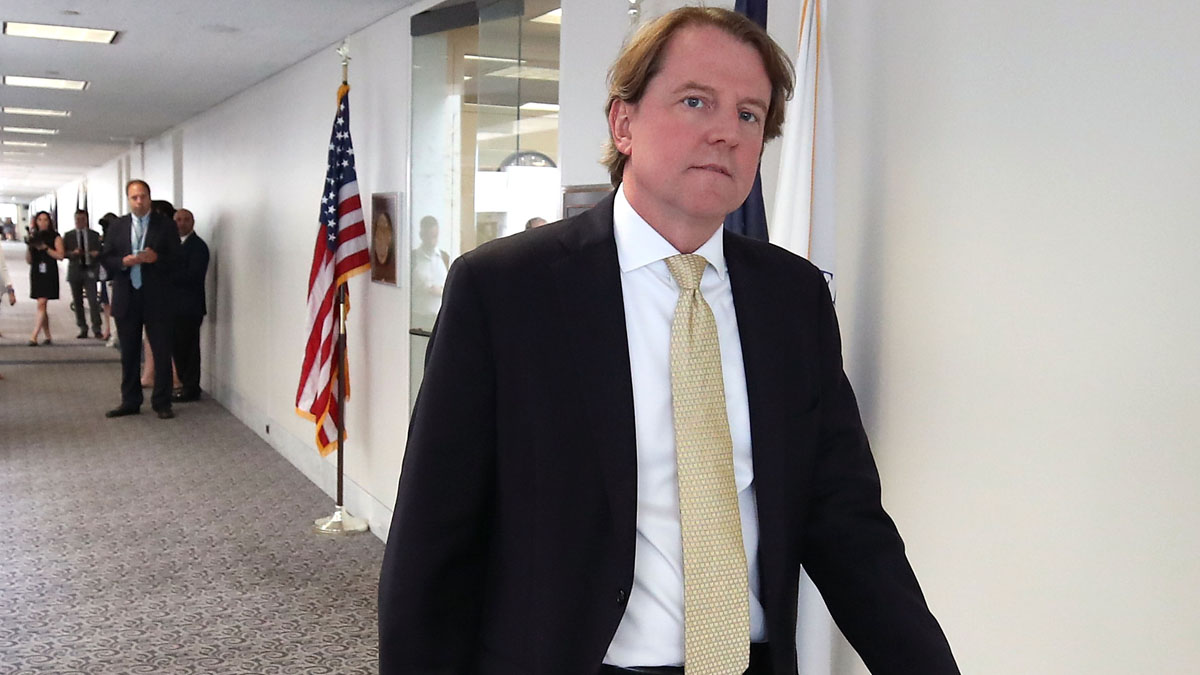 As White House counsel, McGahn had an insider's views of the president's anger toward the investigation and efforts to control it. After learning that then-Attorney General Jeff Sessions planned to recuse himself from the Russia investigation, a decision that made Trump irate, McGahn reached out to people close to Sessions, including his personal lawyer and chief of staff.

“I certainly was attempting to avert the attorney general’s recusal if recusal was not warranted. Okay?" McGahn said under questioning.

Much of the questioning centered on Trump's bid to have McGahn get Rosenstein to fire Mueller because of perceived conflicts of interests, and McGahn's refusal to call Rosenstein. He said he saw the demand as creating a “point of no return" and one that left him feeling “trapped” and contemplating a resignation.

Justice Department Inspector General Michael Horowitz testified Wednesday before the Senate Judiciary Committee that his report reveals “significant concerns” with the FBI’s applications to receive and renew warrants to surveil former Trump campaign staffer Carter Page, but determined the opening of the investigation had no political motivations.

After that episode was reported in The New York Times, McGahn refused to demand a correction even though the president wanted one.

He said he was not overly worried about being fired despite being told that might be a possibility.

“I would say not surprised I wasn’t fired, because when the president and I were in sync, we did a lot of great things and he trusts me to do a lot of important work and a lot of his legacies and judicial selection and that kind of thing,” McGahn said,

“So I was adding value in a lot of ways, and I thought he’s not going to blow up and fire me over this when I was as certain as he was as to what we said in the conversation,” he added.