The president of the March for Life, Jeanne Mancini, said she and her allies worry the Biden administration will pursue “radical pro-abortion extremism”

Anti-abortion leaders across America were elated a year ago when Donald Trump became the first sitting U.S. president to appear in person at their highest-profile annual event, the March for Life held every January.

The mood is more sober now — a mix of disappointment over Trump’s defeat and hope that his legacy of judicial appointments will lead to future court victories limiting abortion rights.

Organizers of this year’s March for Life in Washington, scheduled for next Friday, have asked their far-flung supporters to stay home, due to political tensions in the city and the coronavirus pandemic. They plan instead to livestream the activities of a few invited participants, a sharp contrast to the tens of thousands of people who usually attend.

Meanwhile, Trump, whose administration took numerous steps to curtail abortion access, has been replaced as president by Joe Biden, a staunch supporter of abortion rights. Biden’s fellow Democrats now control both chambers of Congress, thanks to victories in two Senate runoff elections in Georgia where anti-abortion groups campaigned vigorously for the Republican candidates who lost.

On Friday, the 48th anniversary of the Supreme Court's Roe v. Wade decision establishing a nationwide right to abortion, Biden and Vice President Kamala Harris said they would seek to enshrine that right into federal law to protect it from court challenges.

The president of the March for Life, Jeanne Mancini, said she and her allies worry the Biden administration will pursue “radical pro-abortion extremism.” At the same time, anti-abortion activists are buoyed by Trump’s appointment of scores of federal judges – including three Supreme Court justices – who are viewed as open to repealing or weakening Roe v. Wade. 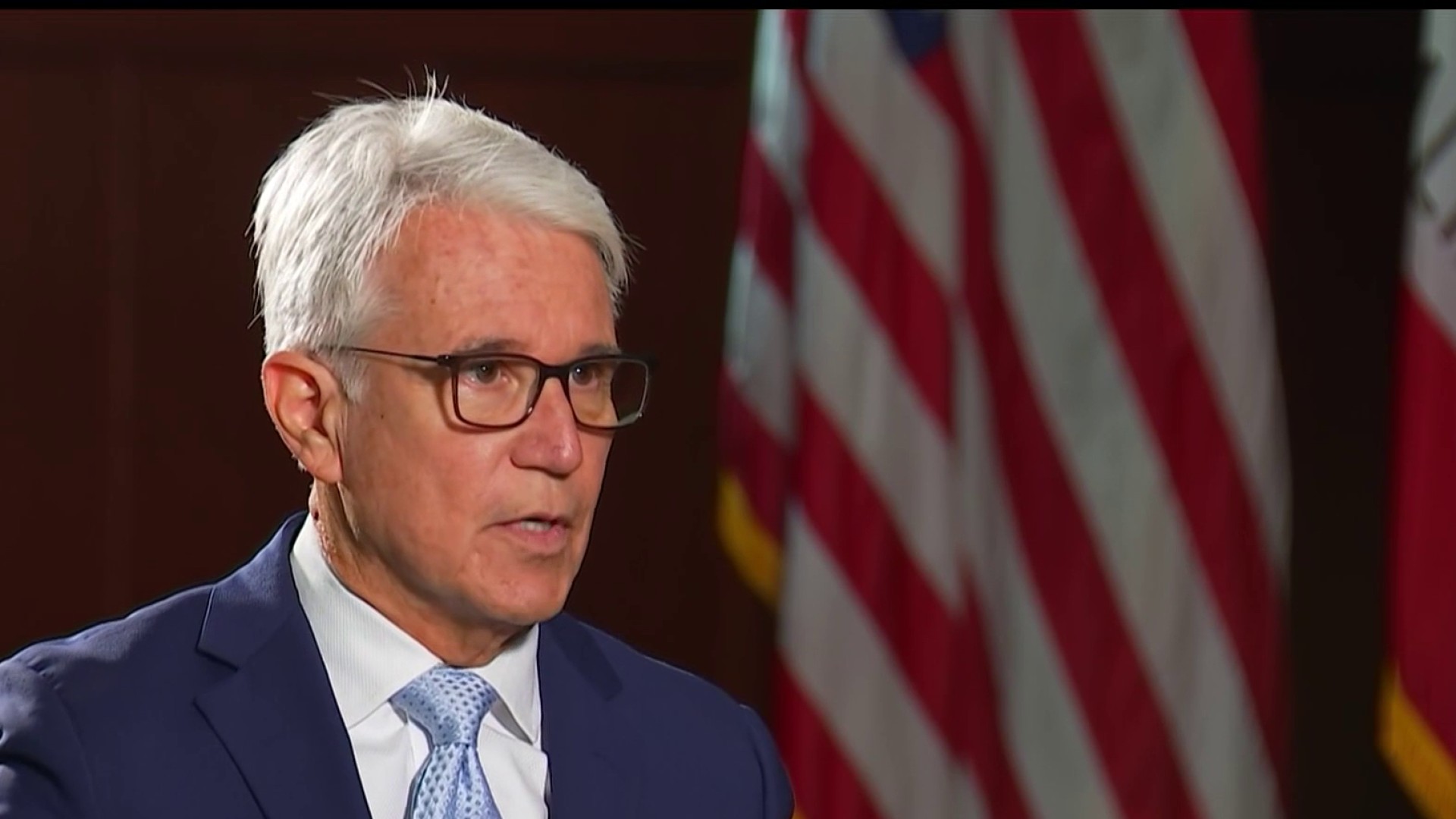 In Republican-governed states, scores of tough anti-abortion bills have been enacted in recent years, and more are surfacing this year from GOP lawmakers eager to see if any of these measures might reach the Supreme Court as a challenge to Roe v. Wade.

“I am very optimistic.” said Carol Tobias, president of the National Right to Life Committee. “We’ll see a lot of new pro-life bills... and we are going to see judges who are open to them.”

In Arkansas, a new bill would criminalize abortions except to save a pregnant woman’s life. The measure declares: “It is time for the United States Supreme Court to redress and correct the grave injustice and the crime against humanity which is being perpetuated by its decisions in Roe v. Wade” and other cases.

South Carolina lawmakers are considering a bill that would ban abortions once a fetal heartbeat can be detected, usually around six weeks after conception. Similar bills have passed in several other states, but courts have blocked their implementation.

Elizabeth Nash, who tracks state government issues for the Guttmacher Institute, which supports abortion rights, says anti-abortion legislation may get top priority even in states where lawmakers confront multiple crises, including the COVID-19 pandemic and severe budgetary woes.

Referring to anti-abortion lawmakers, Nash said, “They see the Supreme Court as being in their corner, and it’s their job to continue to pass restrictions and bans.”

One such order would rescind the so-called “global gag rule” that prohibits the use of U.S. foreign assistance for abortion-related services. Another order would rescind what abortion-rights supporters called the “domestic gag rule,” barring Title X family planning funds from going to any health care providers who perform abortions or make referrals for them. The ban prompted Planned Parenthood, the leading abortion provider in the U.S., to quit the program rather than comply.

Abortion-rights supporters also hope that Congress, under Democratic control, will repeal the Hyde Amendment, which bans federal funding for abortions unless a woman’s life is in danger or in cases of rape or incest.

Biden, a longtime supporter of the amendment, reversed himself in 2019 and now favors its repeal. But prospects for repeal are uncertain, given that Democrats would need some Republican votes in the Senate to overcome a potential filibuster.

However, the Democrats’ narrow Senate majority is expected to be sufficient to confirm Biden’s nomination of California Attorney General Xavier Becerra – a strong supporter of abortion rights -- to head the Department of Health and Human Services.

Major anti-abortion groups invested large sums and mobilized hundreds of volunteers to back the losing GOP Senate candidates in Georgia, hoping to retain Republican control so Becerra could be rejected.

Becerra and Biden are Roman Catholic, and the new administration's support for abortion rights poses a dilemma for the U.S. Conference of Catholic Bishops. Its president, Los Angeles Archbishop José Gomez, congratulated Biden on his inauguration Wednesday, yet warned that his policies on abortion and contraception “advance moral evils and threaten human life and dignity."

Alexis McGill Johnson, the president of Planned Parenthood, said the worries that plagued her throughout 2020 gave way to joy with the Democrats' Senate victories in Georgia.

“I was actually able to breathe in hope and possibility,” she said. “But we recognize the fact that the fight is ongoing -- the courts and many of our state legislatures are going to be very difficult for us.”

While not enough data exists yet to show whether abortions have increased or decreased during the pandemic, there’s some evidence that more women induced their own abortions, using abortion pills they were able to purchase or receive by mail from a foreign source. It’s become increasingly easy for women to circumvent the U.S. law requiring the pill to be dispensed by a health care professional.

Abigail Aiken, a professor of public affairs at the University of Texas, said the online abortion pill provider Aid Access received a surge of requests early in the pandemic, when some states cited the outbreak as a reason to limit abortion access at clinics.

Requests nearly doubled in Texas, which had the most severe pandemic-related restrictions on clinics, said Aiken, whose research was published in the journal Obstetrics & Gynecology.

Elisa Wells, co-director of another online organization called Plan C, estimates that tens of thousands of American women annually are now seeking abortion pills for self-managed abortions – based on the number of clicks on Plan C’s website that lists overseas pharmacies offering to ship the pills.