The president arrived in Beverly Hills Tuesday evening after inspecting border wall prototypes in San Diego during the morning.

President Donald Trump attended a fundraiser Tuesday in the Los Angeles area during his first stop in the nation's most populous state since taking office.

The West Coast visit comes amid another days of shakeups for the administration with the announcement Tuesday morning that ex-CIA Director Mike Pompeo will be tapped to replace Rex Tillerson as U.S. Secretary of State.

The President's California swing started out in the San Diego area. Trump arrived at Marine Corps Air Station Miramar in San Diego County and spoke to troops at the base at 2 p.m. Trump also paid a visit to Otay Mesa to view the 30-foot-tall border wall prototypes that have been erected there. 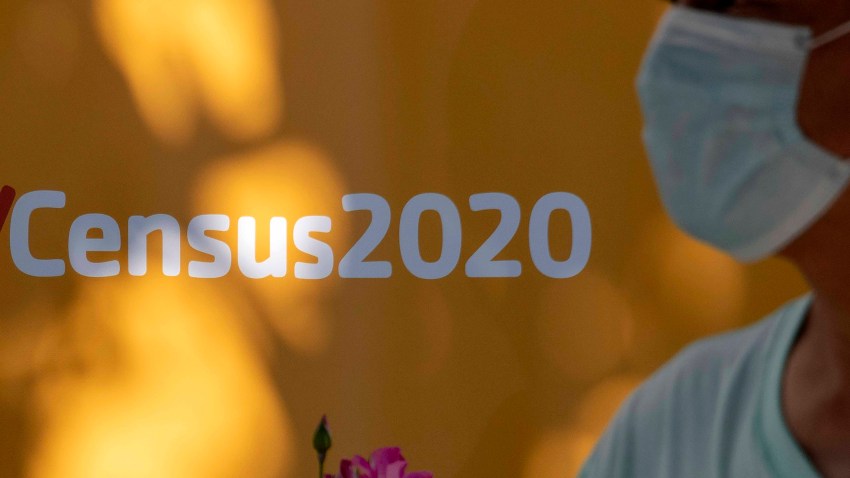 He landed in Los Angeles at 3:30 p.m., and visited the Los Angeles-Beverly Hills area Tuesday night for a Republican National Committee fundraiser. The location had been disclosed. According to an invitation obtained by the Los Angeles Times, tickets for the event ranged from $35,000 just for the dinner up to $250,000 for the chance to meet Trump, attend a roundtable discussion and have a photo taken with him.

The following downtown Los Angeles streets were closed ahead of the president's visit.

The Department of Transportation and LAPD also warned the public that downtown LA would be "extremely congested" and to "avoid the area of 5th Street to Olympic Boulevard and Union Avenue to Grand Avenue."
The Seventh and Figueroa street entrance to the Metro Seventh Street station in downtown LA was also to be closed for the rest of the evening. An alternate way to access the station is to enter on Flower Street and Hope Street.

Police said they were prepared to respond to any troubles when President Trump made his first visit to LA since taking office.

"We are working with all of our local and federal partners to ensure that all security safeguards are in place for the president's visit, both along his route of travel and at the locations where events will take place,'' Los Angeles  any threats against the president's safety.''

Aguilar said the president's travel route, details of which are never fully disclosed for security reasons, were set by the U.S. Secret Service.

Supporters rallied in Beverly Hills near the intersection of Wilshire and Santa Monica boulevards.

Protesters were based in Beverly Gardens Park in the 9400 block of Santa Monica Boulevard.

The visit was Trump's first as president to California, a state with which his administration has clashed on issues of border security and immigration.

Gov. Jerry Brown sent a letter to Trump Monday, saying, "California thrives because we welcome immigrants and innovators from across the globe.''

"You see, in California we are focusing on bridges, not walls,'' Brown wrote. "And that's more than just a figure of speech.''

Brown invited Trump to visit the Central Valley and see bridges and viaducts being built for a proposed north-south high-speed rail line.