'No Big Thing': Trump Says Everyone Knew Coronavirus Was Airborne in February, But Scientists Weren't So Sure at the Time

President Donald Trump on Thursday defended comments he made to reporter Bob Woodward in early February in which he acknowledged the coronavirus "goes through air" despite publicly downplaying the threat in public and telling Americans the virus would disappear.

At the time of Trump’s private comments to Woodward, it was unclear how the virus spread and scientists were debating whether and to what degree it could spread through the air. Trump, however, insisted on Thursday that it was widely understood that the virus spread through particles in the air before he made his private remarks in a Feb. 7 taped phone call between Woodward and the president. 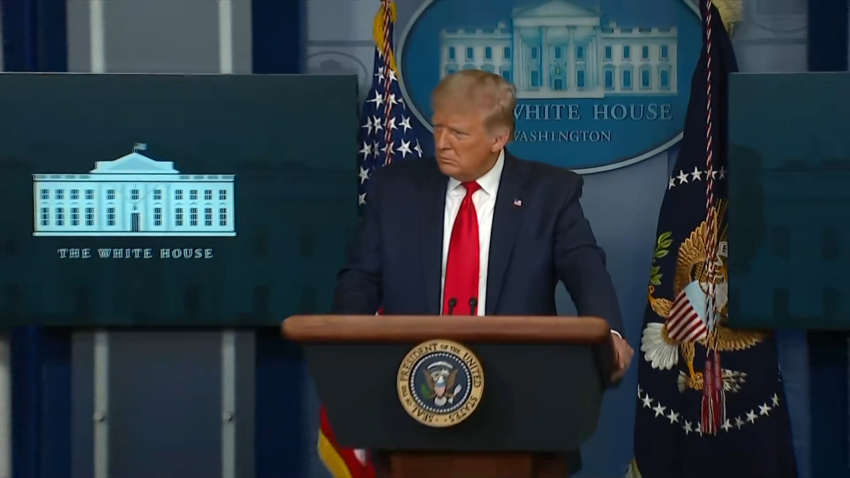 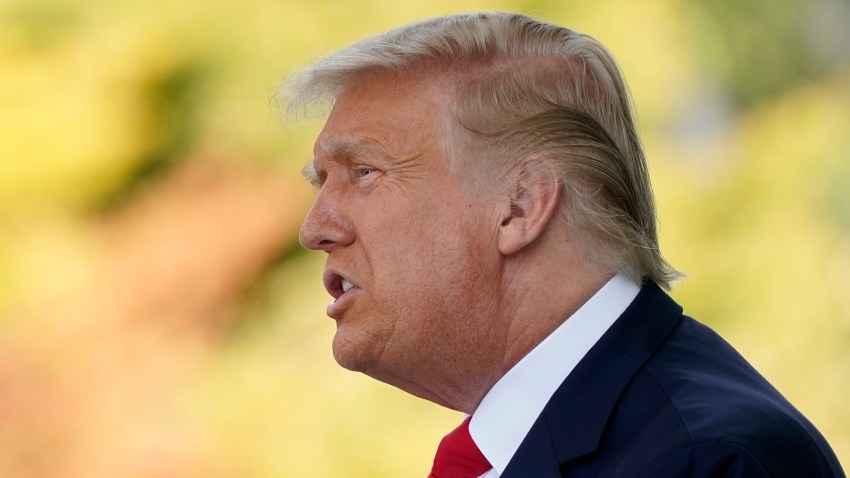 In response to a question about what report the president was citing, a White House official pointed CNBC to a Jan. 30 report from TIME. The report said Chinese authorities announced on Jan. 7 that they had isolated the virus, which "belongs to the coronavirus family... and spreads via airborne droplets."

A day after Trump’s private comments to Woodward, Chinese state media The China Daily reported that Zeng Qun, deputy head of the Shanghai Civil Affairs Bureau, said the virus can spread through aerosol transmission, suggesting the virus was airborne in some situations. But the next day, officials from the Chinese Center for Disease Control and Prevention disputed the earlier report, according to The China Daily, saying that there was no evidence the virus could spread through airborne particles.

Early in the outbreak, scientists stressed how little was known about the virus, which emerged in Wuhan, China, at the end of December. In the nine months since the virus emerged, scientists have learned much about how it spreads and the disease it causes but continue to emphasize that it is a relatively new virus and much remains unclear. The role that airborne transmission of the virus plays in general spread has been among the more contentious questions debated.

The U.S. Centers for Disease Control and Prevention says the virus is primarily spread through respiratory droplets, which an infected person can spread when they talk, cough or sneeze, for example. The CDC adds that these droplets can land on hands and surfaces, where they might survive for some period of time and can potentially infect people. The CDC adds that "short-range" airborne spread of aerosolized particles is a "possibility," but stops short of definitively calling it a confirmed route of transmission.

The question of whether and to what extent these droplets might survive and spread through the air has been debated since early in the outbreak. The first strong scientific study backed by the U.S. government that showed the virus might spread through the air came on March 18. Researchers from the National Institutes of Health, CDC, UCLA and Princeton University examined how long COVID-19 survives in the air as well as on a variety of surfaces and compared it with SARS, the coronavirus that emerged in late 2002 and killed nearly 800 people.

They found that COVID-19 was detectable in aerosols for up to three hours, though it remained unclear whether the trace amounts of the virus found in the air were potent enough to infect someone and replicate. The results suggested "that people may acquire the virus through the air and after touching contaminated objects," Dr. Neeltje van Doremalen, a scientist from NIH and a lead researcher on the study, said in a statement at the time.

The Director-General of the World Health Organization Tedros Adhanom Ghebreyesus had said in a Feb. 11 press conference that "corona is airborne," but he quickly clarified his remarks, saying that he meant the virus can "spread via droplets or respiratory transmission."

It was not until March that the World Health Organization officially acknowledged that the virus-carrying droplets might be spreading through airborne particles in certain environments.

"When you do an aerosol-generating procedure like in a medical care facility, you have the possibility to what we call aerosolize these particles, which means they can stay in the air a little bit longer," Dr. Maria Van Kerkhove, head of WHO’s emerging diseases and zoonosis unit, said on March 16.

"There is significant potential for inhalation exposure to viruses in microscopic respiratory droplets (microdroplets) at short to medium distances (up to several meters, or room scale), and we are advocating for the use of preventive measures to mitigate this route of airborne transmission," the scientists wrote in the paper.

That week, the WHO updated their official guidance to say that "short-range aerosol transmission, particularly in specific indoor locations, such as crowded and inadequately ventilated spaces over a prolonged period of time with infected persons cannot be ruled out." But like the CDC, the United Nations health agency stopped short of confirming that the virus spreads in such a way.

It was five months before that, on Feb. 7, that Trump told Woodward that the coronavirus was spreading widely through the air.

"You just breathe the air and that’s how it’s passed," he said, according to the tapes of the interview. "And so that’s a very tricky one. That’s a very delicate one. It’s also more deadly than even your strenuous flus."

At around the same time, members of the Trump administration and the White House coronavirus task force told Americans that the general public did not need to buy masks, which appear to help prevent the virus-carrying droplets from spreading. Trump defended his decision to downplay the threat of the virus early in the outbreak.

"The fact is there has to be a calmness," he said Thursday. "You don’t want me jumping up and down screaming there’s going to be great death."